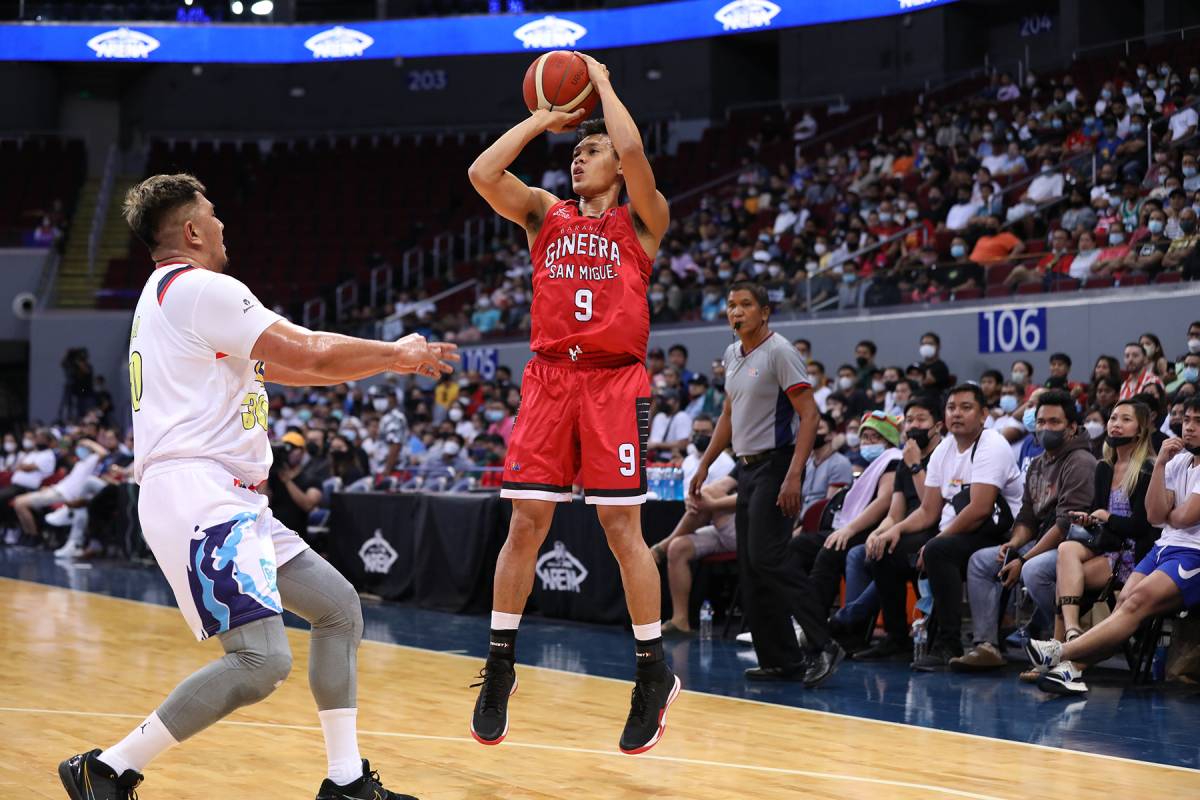 Scottie Thompson bid goodbye to his long-time jersey number and rocked a new one when Ginebra made its PBA Commissioner’s Cup debut Wednesday.

The reigning league MVP is now wearing no. 9 for the Kings, making the switch after donning no. 6 ever since his time with the Perpetual Altas.

Asked about the change, Thompson said it is his way of showing respect to those who came before him that also wore no. 6 during their heydays.

In the Barangay lore, players who sported the said number were Noli Locsin and Dondon Ampalayo, both of which brought numerous titles to the franchise.

Still, 6 will always be special for him. It was his number when he rose to stardom in the NCAA, all the way to winning championships and an MVP in the pros,

It’s quite unfortunate, though, that the switch didn’t start off nicely. Ginebra got beaten badly by a hot-shooting Rain or Shine, 93-71.

Thompson himself scored just a point on an 0-for-4 clip in a microcosm of his side’s struggles, where they shot just 33.7-percent from the floor.

Furthermore, it was their worst loss since being handed a 119-92 beatdown by TNT last February 18 in last season’s Governors’ Cup eliminations.

It was supposed to be the Barangay’s second game already but their scheduled debut last Sunday versus Converge was called off due to Typhoon Karding.

#ReadMore  Tio gushes after 'superstar in the making' tag by Cone

Asked if that affected the team, Thompson refused to offer excuses and said that they simply have to work their way back to their old form.