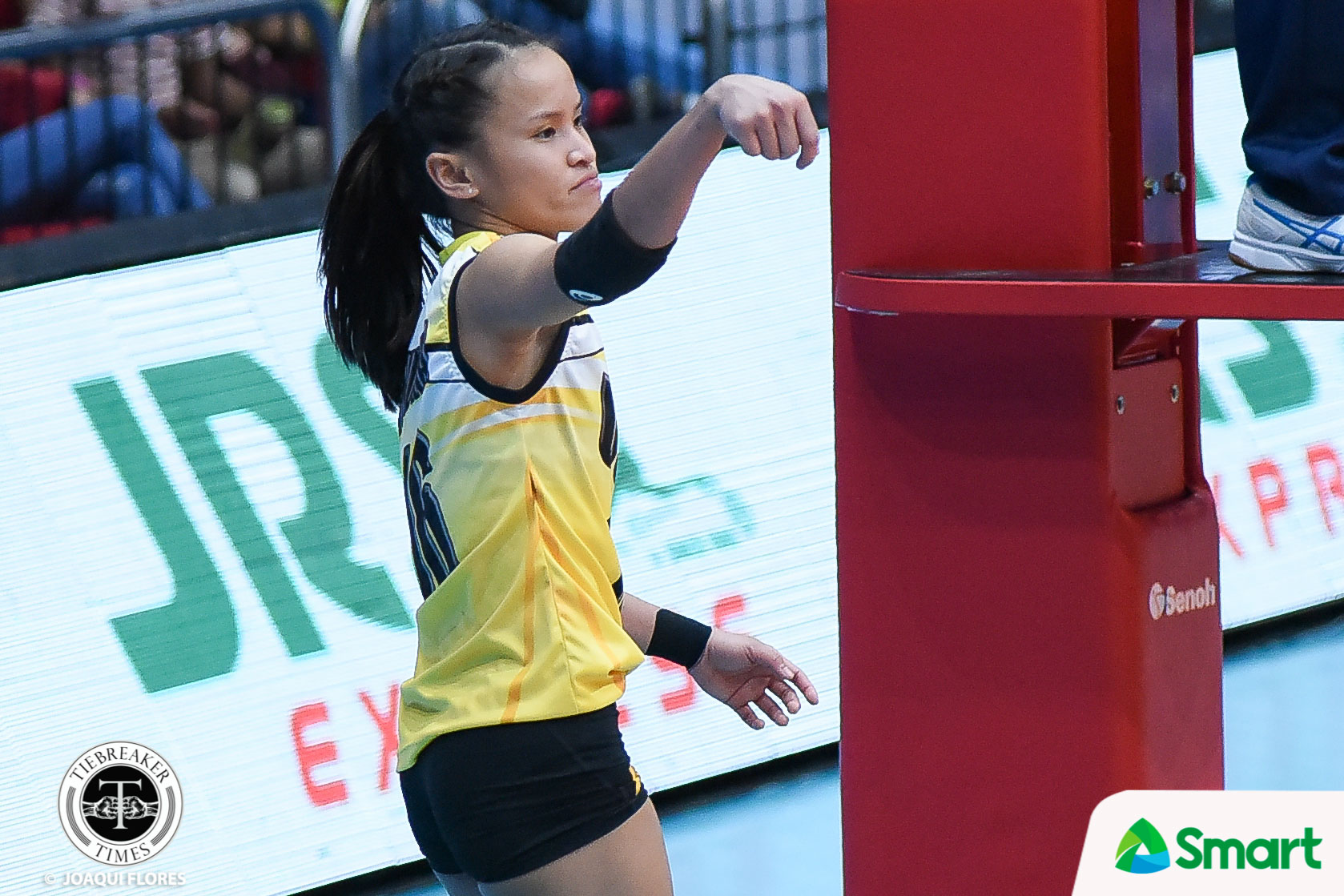 Through the first three days of Season 80, no one has has made a bigger splash than University of Santo Tomas Golden Tigress Cherry Rondina.

After scoring 28 points against the De La Salle University, the Cebuana hung 20 points over the University of the East Lady Warriors in a quick UST straight-set win.

Rondina, however, does not want to be the only Tigress in the spotlight. The 21-year-old wants her teammates to make as many headlines as her, even if it means she scores less points.

So far, the 5-foot-6 spiker has not had too much offensive assistance. Against UE, she was the only Tigress in double-digits. 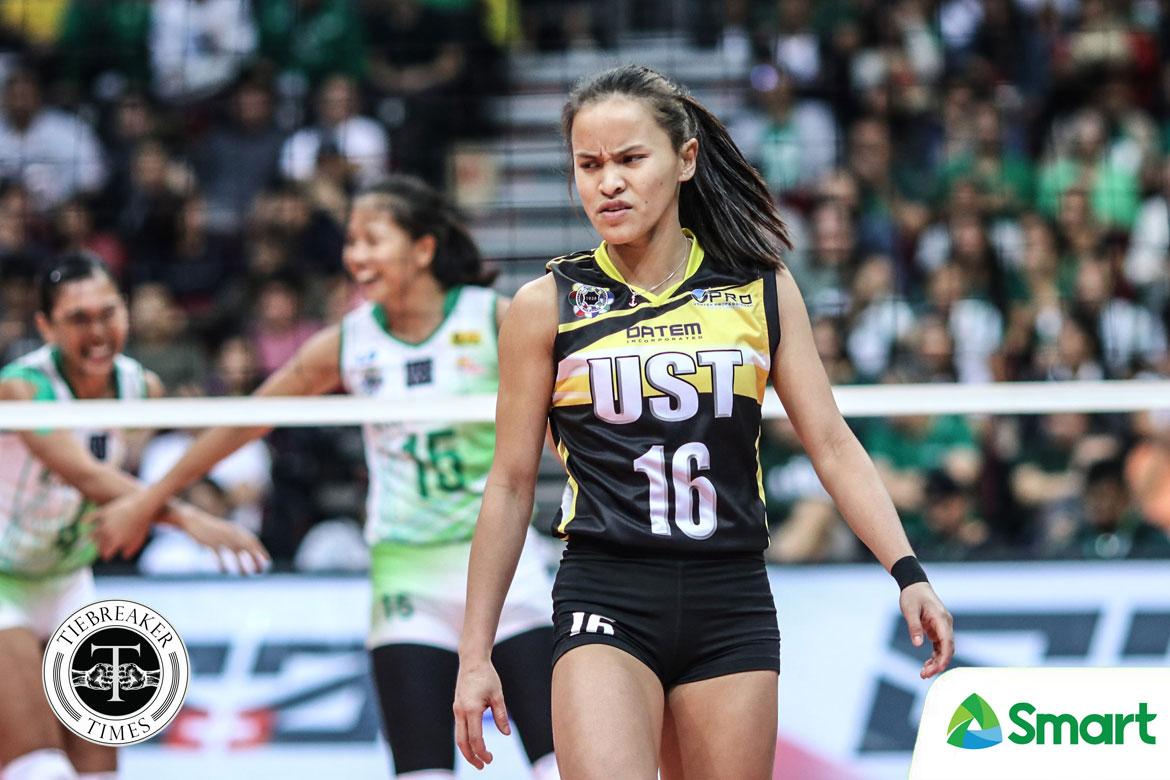 The Tigresses next face the Ateneo de Manila University Lady Eagles, a team they have not beaten in a long time. For Rondina, earning a win over the perennial finalists will go a long way to boosting their confidence

“Malaking bagay yun at mas magiging matibay kami as a team and as an individual.”