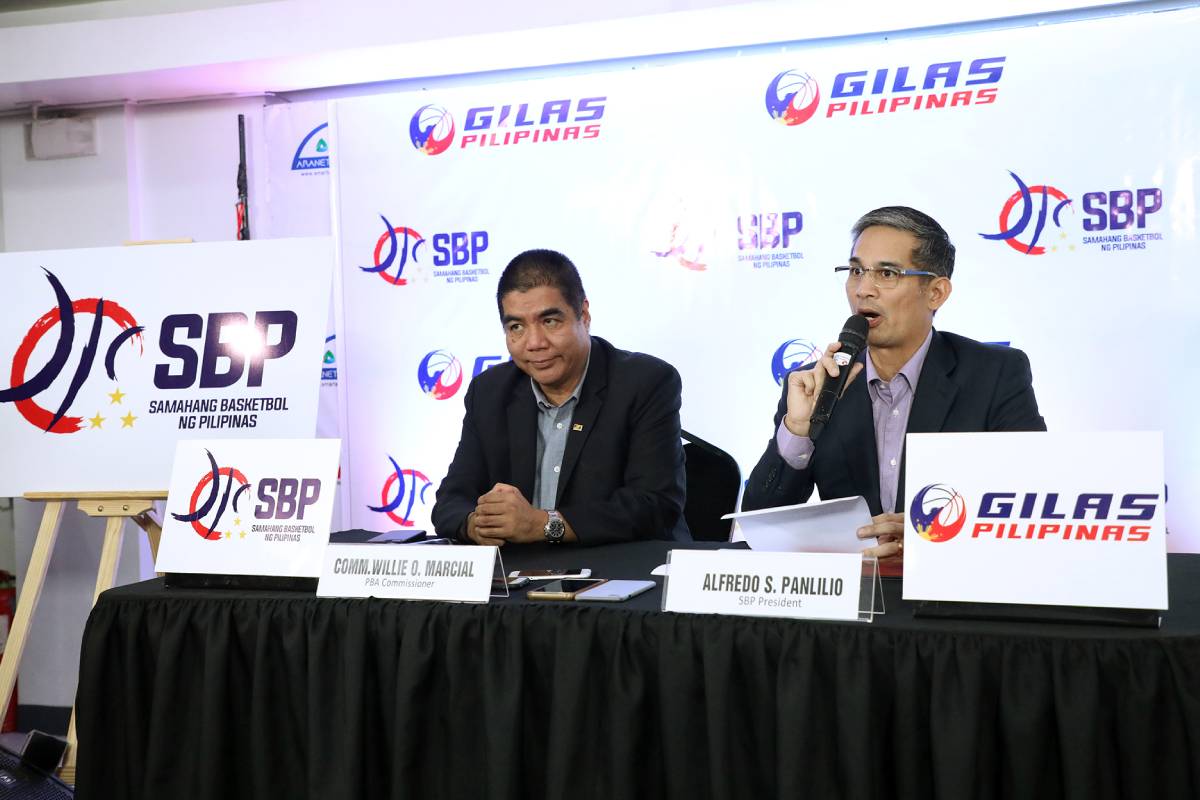 For Panlilio, this invitation furthers the partnership between the federation and Asia’s first-ever pay-for-play league. Besides lending their players to the national team, they will also allow it to compete as a 13th team.

“The SBP is thankful to PBA Commissioner Willie Marcial and the Board of Governors for extending an invitation to Gilas Pilipinas to join their competitions this season,” expressed Panlilio.

“The PBA has been a valuable partner to the SBP and this invitation only reasserts the league’s commitment to helping our Gilas Pilipinas program in whatever way they can,” added the Philippine Olympic Committees’ first vice president.

“Aside from lending players, assistant coaches, and even head coaches for the national team’s cause, the SBP appreciates the PBA’s willingness to adjust their competition to accommodate our team.”

Last Monday, PBA Commissioner Willie Marcial revealed the development that the league’s board of governors are looking to let Gilas join the big league as it prepares for the 2021 FIBA Asia Cup in August.

The Gilas team includes the first batch of Gilas draftees, namely Isaac Go, the Nieto twins, Rey Suerte, and Allyn Bulanadi, with “three to five” more players that will be tapped in the upcoming draft. Reinforcing the team will be amateur players in the Cadets program – including Angelo Kouame – all of whom will receive special guest licenses from the Games and Amusements Board.

The last time that the national team joined a PBA conference was in the 2011 PBA Commissioner’s Cup. That was the Smart-Gilas Pilipinas, bannered by naturalized Filipino Marcus Douthit playing alongside the likes of Japeth Aguilar, Chris Tiu, JVee Casio, Marcio Lassiter, Mark Barroca, and Aldrech Ramos.

Gilas led by Rajko Toroman finished second in the elimination round to qualify straight to the semifinals. There, they eventually lost to Barangay Ginebra.

“We know the value of being able to play games against PBA teams on a regular basis, as evidenced by the exploits of Smart-Gilas 1 back in 2011,” explained Panlilio.

“Training is important for any team, but you learn a lot about your teammates when you go up against strong opposition.”

Gilas are not getting ahead of themselves, though, since there is still a task at hand.

From February 18 to 22, Gilas will face South Korea and Indonesia in the final window of the 2021 FIBA Asia Cup Qualifiers. The Philippines needs one more win in order to qualify for the tournament proper in Jakarta.

“Right now the focus Gilas Pilipinas program director Tab Baldwin, together with his coaching staff, is preparing our team for the upcoming games against South Korea and Indonesia,” said Panlilio.

“We’re definitely open to the idea of playing in the PBA. And once the team arrives from Doha, we will sit down with the PBA to discuss this matter further.”