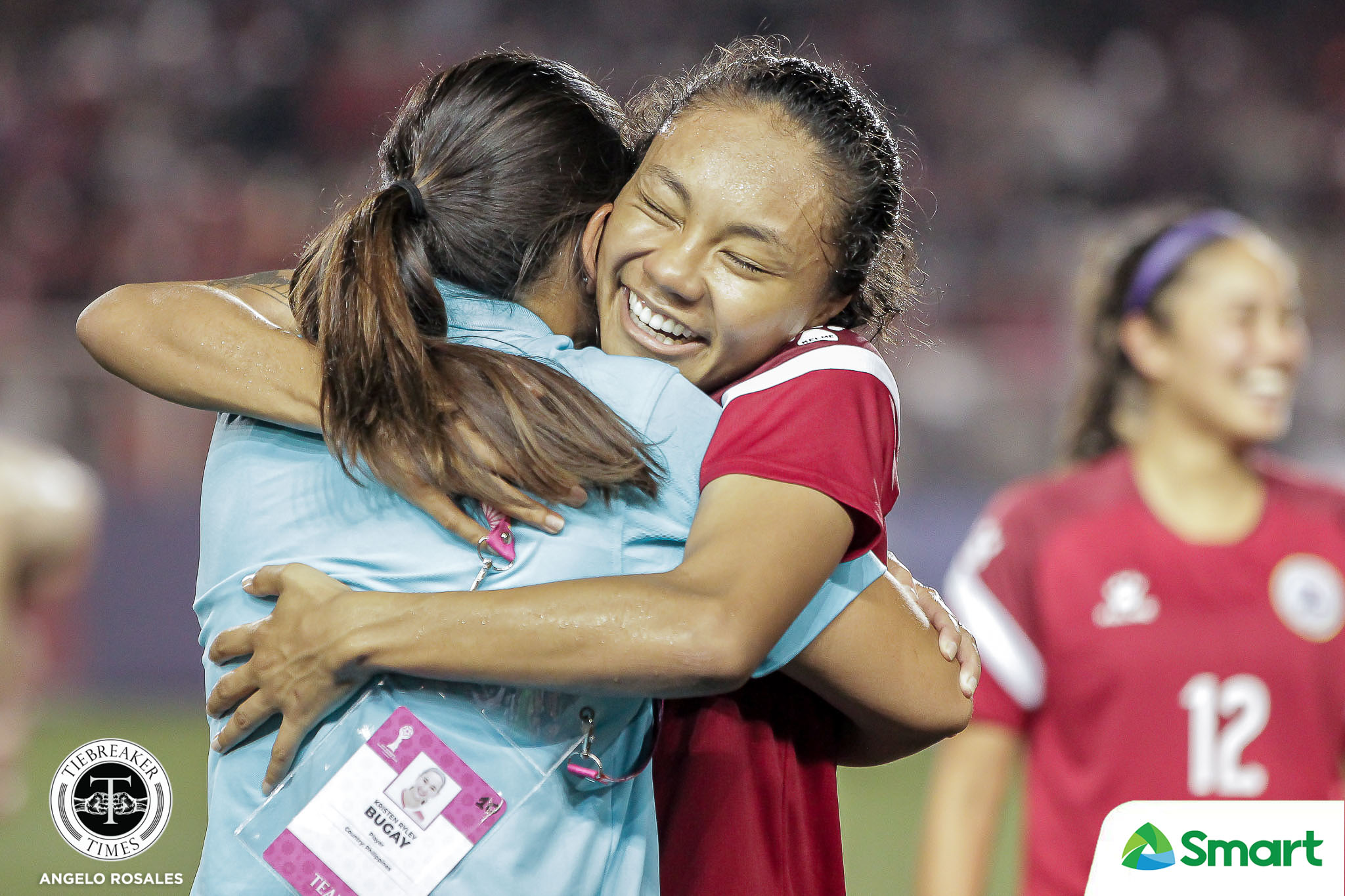 Sarina Bolden has etched her name in the history of Philippine sports.

The Loyola Marymount alumna will be remembered as the player who converted the winning penalty in the 2022 AFC Women’s Asian Cup that sealed a place for the country in the upcoming 2023 FIFA World Cup hosted by Australia and New Zealand.

She has now added to her legendary status by firing the Filipinas to the 2022 AFF Women’s Championship crown with eight goals in just seven matches, which is the highest tally for any player in the tournament.

“It feels surreal,” said the 5-foot-8 forward. “We couldn’t have done it without the support of the fans obviously, all my teammates, obviously the staff. This win was obviously for the country but it was for the Pinoys, the Filipino people, so it’s really, really special.”

As the game went on, the Filipinas carried with them a two-goal cushion which slightly left the door open for Thailand to mount a comeback.

Truth be told, any Filipinas win would have felt incomplete unless Bolden scored and the Chifure AS Elfen Saitama import delivered the third goal of the match in the 89th minute. 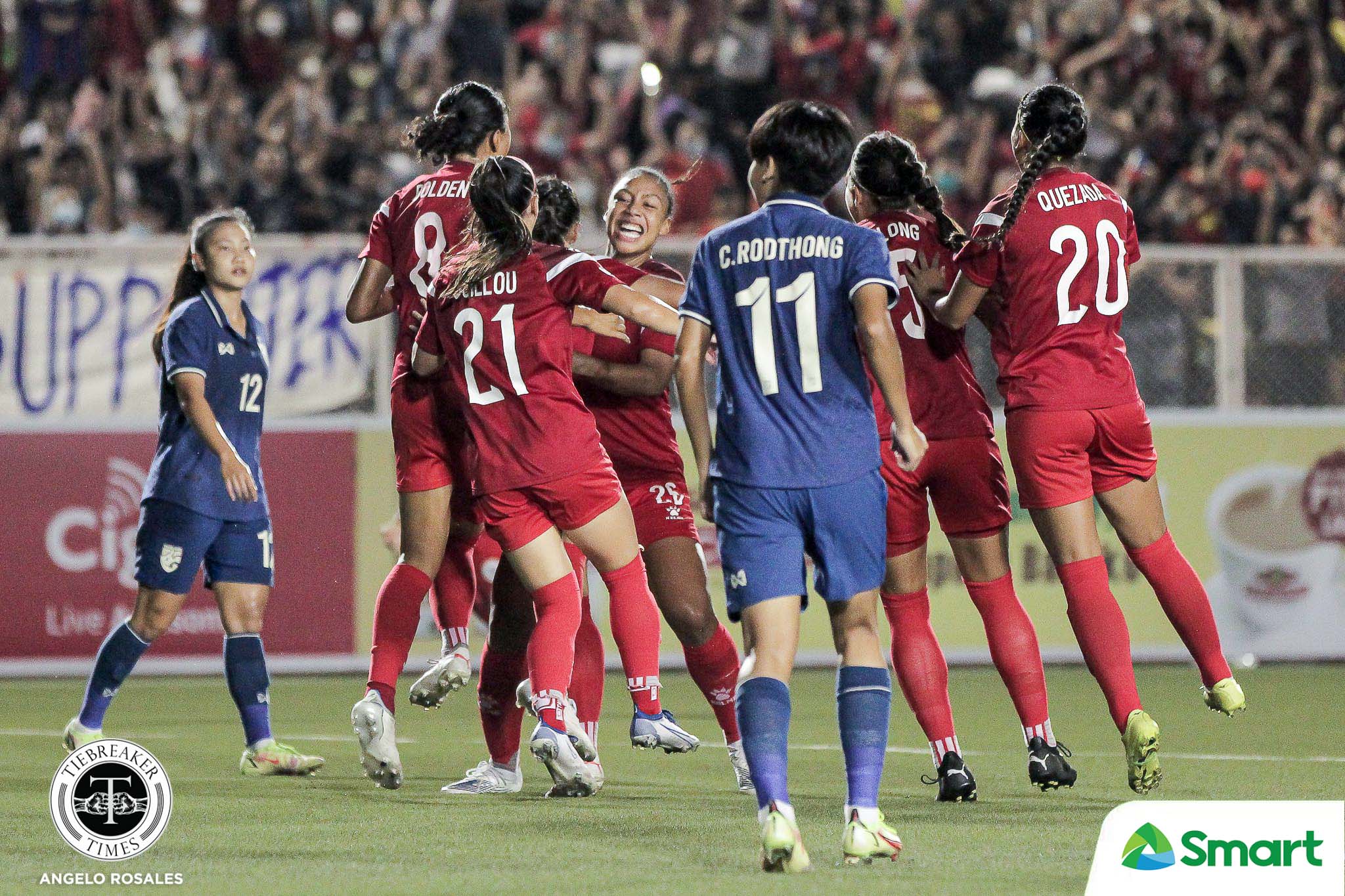 “Great ball by Tahnai, our captain, and I just try to get any part of my body onto the ball. Just as in this tournament, it’s been with my head most of the time, and I just kinda remember it going in,” she explained.

The rise of Bolden and the rest of the Filipinas in the past seven months has simply been incredible to say the least.

A team that struggled to win matches suddenly finished in the top four of the Asian Cup, clinched a bronze medal in the 31st Southeast Asian Games, and now annexed the AFF Women’s Championship.

While it is easy for the team to rest on its laurels, the players are determined to push through and fulfill the team’s potential on the international stage.

“We have a bunch of stuff in store so I think the only way to go is up. We just keep working, learning, and growing and I’m just excited to see where we go, to be honest,” said Bolden.

“It’s been a work in progress for a really, really, really long time and you know when you stick with something, when you believe in it, only good can come out of it.”

Since she first donned the Philippines shirt in 2018, Bolden experienced the good and bad times of being a member of the national team.

Her teammates such as Inna Palacios, Cam Rodriguez, and Hali Long have been there before her and together they are all passing through uncharted territory.

This was the nation’s first AFF title in any of its competitions and she made it a point to reference her comrades who have stuck with the program as it went from minnows to Southeast Asian champions. 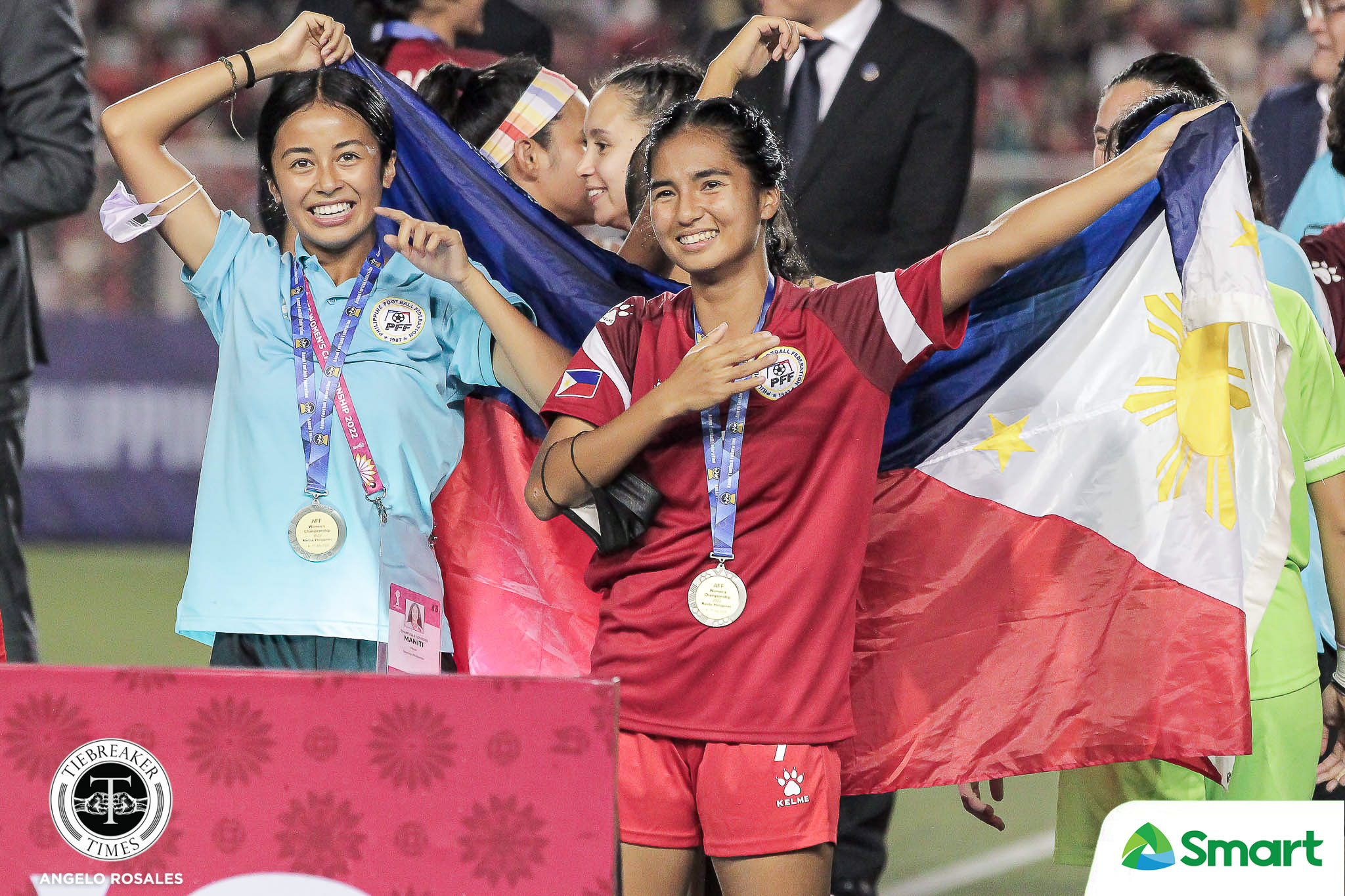 “We worked so hard. Some girls in the team have been here even before I’ve even been on the team. They have worked and dedicated their lives to this and to finally see it come to fruition is just so beautiful.”