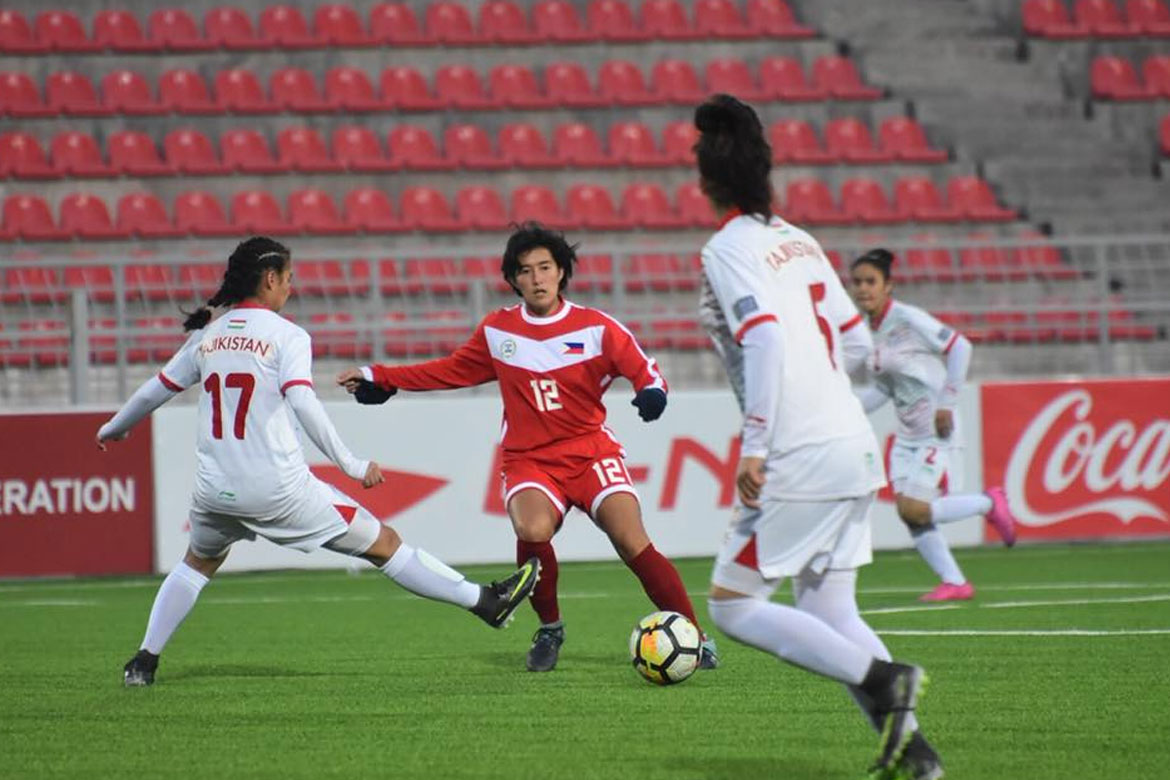 If Shela Cadag grabbed the headlines the last time around, this time it was Sara Castañeda’s turn to steal the show.

Thanks to the UAAP Season 78 Women’s Football Rookie of the Year, the Philippine Women’s National Football Team trounced host nation Tajikistan, 3-1, at the Hisor Central Stadium in Hisor, to clinch back-to-back wins in the first round of the 2020 AFC Women’s Olympic Qualifying Tournament.

With the game on the line, Castañeda played the role of a hero and shot past Tajikistan goalkeeper Sakhina Saidova twice in the 50th and 76th minutes, with the latter goal scored as a penalty.

It was the perfect response to a first half stalemate, where the home side enjoyed an early lead. Khalimova Gunsunbi’s strike in the 26th minute gave the Filipinas a premature setback, but Cadag erased the deficit four minutes later to ease the pressure on the Philippines.

The result gives the Philippines the 2nd spot of Group A with 6 points, and eliminates Tajikistan from contention. Chinese Taipei leads the group with as much points as the Philippines, but the former has a superior goal difference of +7.

Only the top country is assured of a ticket towards the next round, while the second placed team can qualify depending on other groups’ results.

National team mentor and concurrent Far Eastern University Lady Tamaraws coach Let Dimzon hopes her wards can make it three wins in a row in the competition when they face Mongolia on November 11, 4:00 PM Philippine time at the same venue. Buoyed by the full points from two matches, University of Santo Tomas was rewarded with a return to second place in the 2019-20 PFF...