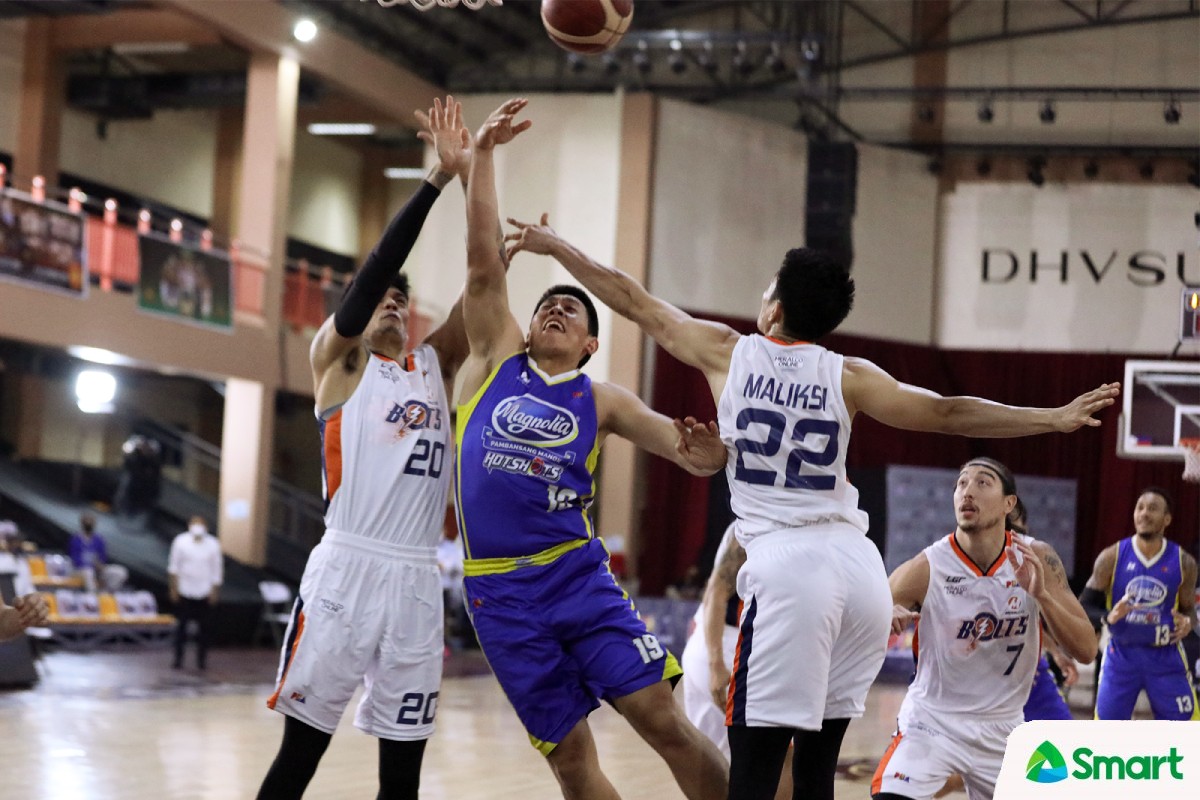 All that extra work has paid off so well.

Rome Dela Rosa once again showed how much he has morphed into a reliable two-way player by helping Magnolia finish off Meralco in Game Six of the 2021 Honda PBA Philippine Cup semifinals, Friday night.

The 6-foot-4 forward fired 16 points on an efficient 62-percent shooting from the floor, including 5-of-8 from beyond the arc as the Hotshots booked their third Finals trip in four years by way of a gritty 93-85 victory.

This, after going scoreless in the last two games, including a disappointing showing in Game Five that saw him spend most of the time on the bench after incurring two quick fouls in the opening period alone.

“We trained Rome to become a two-way player,” bared head coach Chito Victolero after the win at DHVSU Gym. “That’s what we trained in the offseason.

“We give Rome the confidence to shoot outside and he delivered.”

Aside from the champion mentor, the second-generation cager also drew praises from teammate Ian Sangalang, who was happy to see Dela Rosa and the other Hotshots take his advice to heart to just shoot the ball.

Even with such a fine outing offensively, Dela Rosa still delivered what he usually does — defense and the other facets. In fact, the 30-year-old was part of the lineup that closed it out for Magnolia.

He also finished with five rebounds, all of which he hauled down in the fourth quarter. That included key caroms during the final minutes that helped stall any attempt by the Bolts to come back and steal the game.

“That’s why he’s our best defender in the perimeter and he spreads the floor,” offered Victolero as Dela Rosa also yielded a plus-minus rating of 17 in the win that saw him play for over 31 minutes as a starter.