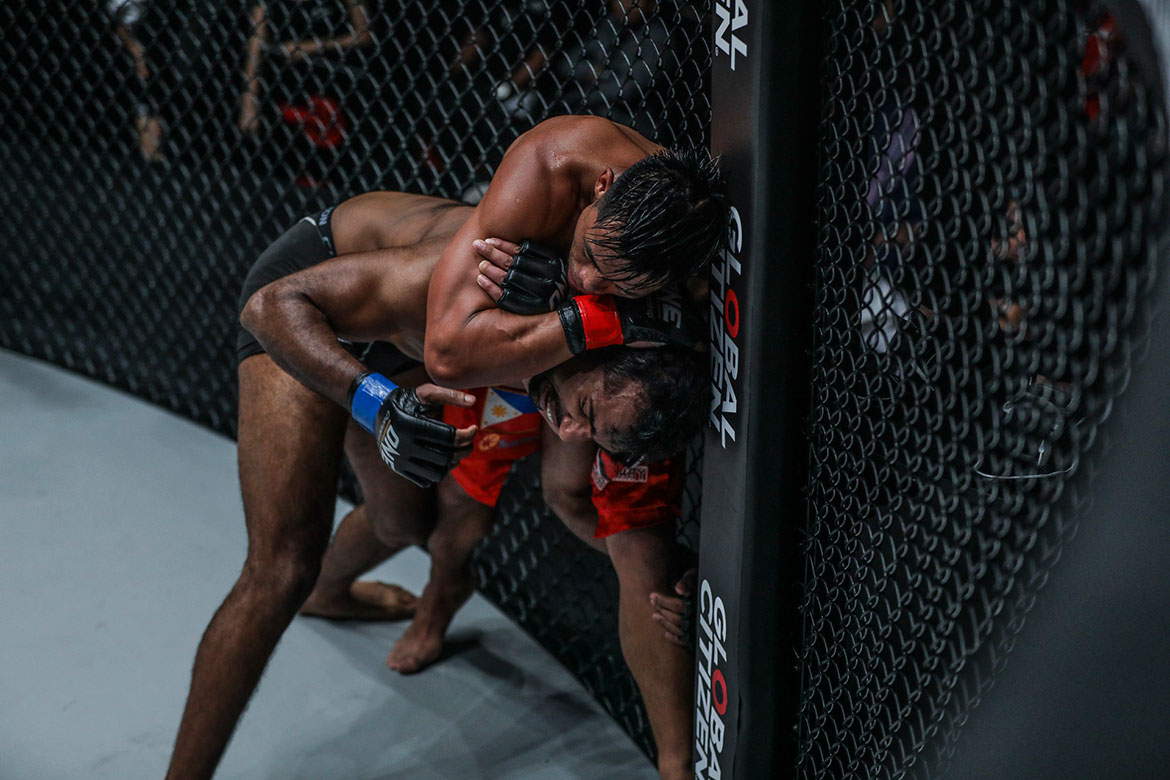 Coming off a streak-ending loss to Amir Khan last September, Honorio Banario used a big third round to eke out a unanimous decision win over late replacement Rahul Raju, Friday evening at the SM Mall of Asia Arena.

Raju – who replaced Dae Sung Park two days ago after Park failed to receive medical clearance – was a game opponent all throughout the bout.

Banario, a former ONE Feathweight World Champion, drew inspiration from the crowd in the final stanza. He utilized a plethora of strikes to stun Raju. To close out his emphatic round, the 29-year-old tried to drag his opponent down with a rear naked choke; however, time expired on the Baguio-native.

Still, the Filipino lightweight was able to secure his sixth win in seven bouts, raising his record to 14-7. Raju fell to 4-4.

In a battle between two top prospects in the welterweight division, James Nakashima of MMA Lab put on a masterful grappling performance to stifle Raimond Magomedaliev of Eagles MMA.

Later in the evening, 23-year-old Russian Alaverdi Ramazanov put up a gallant stand against MTGP Welterweight Champion Saemapetch Fairtex in a muay thai bout. However, it fell short, as the judges viewed Fairtex as the victor.

Fairtex was supposed to take on Liam Harrison, but Harrison bowed out four days before fight night due to injury. Ramazanov, who just fought last October 6 during Kingdom of Heroes, stepped up to take his place.

READ  Unsure of return for next season, Kat Tolentino making most of breakout year

In the other muay thai bout, Hiroaki Suzuki (41-11) eked out a unanimous decision win over Daividas Danyla (46-12).