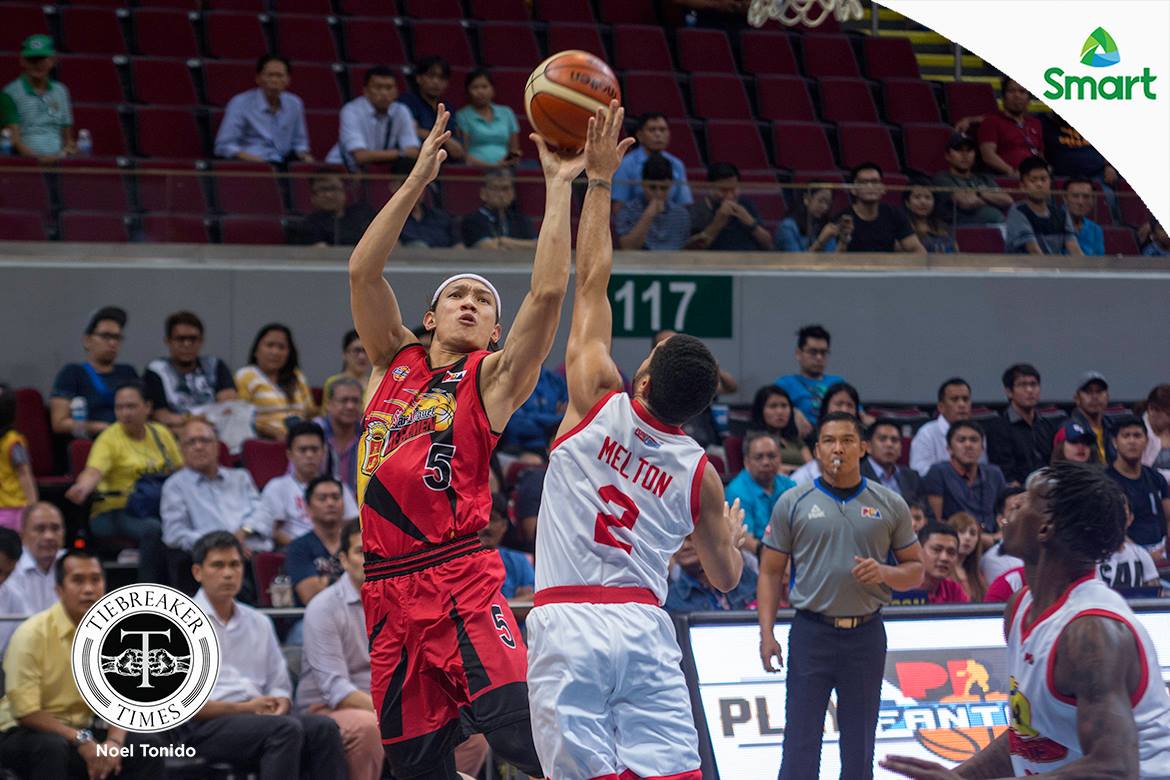 San Miguel Beermen had to avert another furious late-game rally by Star Hotshots to escape Game Four, 109-102, and become the first team to qualify in the 2017 Commissioner’s Cup Finals, Friday night at the Mall of Asia Arena.

The Beermen will go to the mid-season conference finals for the first time since 2001, when they lost to Red Bull in six games. The Hotshots, meanwhile, have now prolonged their Finals drought for eight conferences.

The guards did the wonders in the victory, with Alex Cabagnot leading the pack with 26 points alongside six caroms and five boards. Chris Ross had a double-double of 24 markers spiked by four treys and 10 assists.

Charles Rhodes’ charities widened the Beermen’s lead, 103-98, but Ricardo Ratliffe’s hook shot pushed Star closer again, 103-100, with 30 ticks to go. That, however, proved to be the Hotshots’ final gasp in the bout.

Marcio Lassiter, June Mar Fajardo, and Cabagnot scored San Miguel’s final six points from their free throws in the waning moments, enough to pin the Hotshots down and out as they walk away with the Finals ticket.

“I have to commend the coaching staff of Star dahil piniga nila kami,” said Austria of their rivals, who they beat by just an average margin of just 3.33 points.

Fajardo finished with 22 points on nine shots with eight boards, while Rhodes had 21 markers on 63 percent shooting to go with 10 rebounds, two steals, and two blocks.

Ratliffe led Star with a game-high 36 points on 58 percent shooting, 17 rebounds, and two blocks. Allein Maliksi had 16, while Mark Barroca and Ian Sangalang had 13 and 11 points, respectively.

Ayo and the everlasting bond of the 2015 Knights