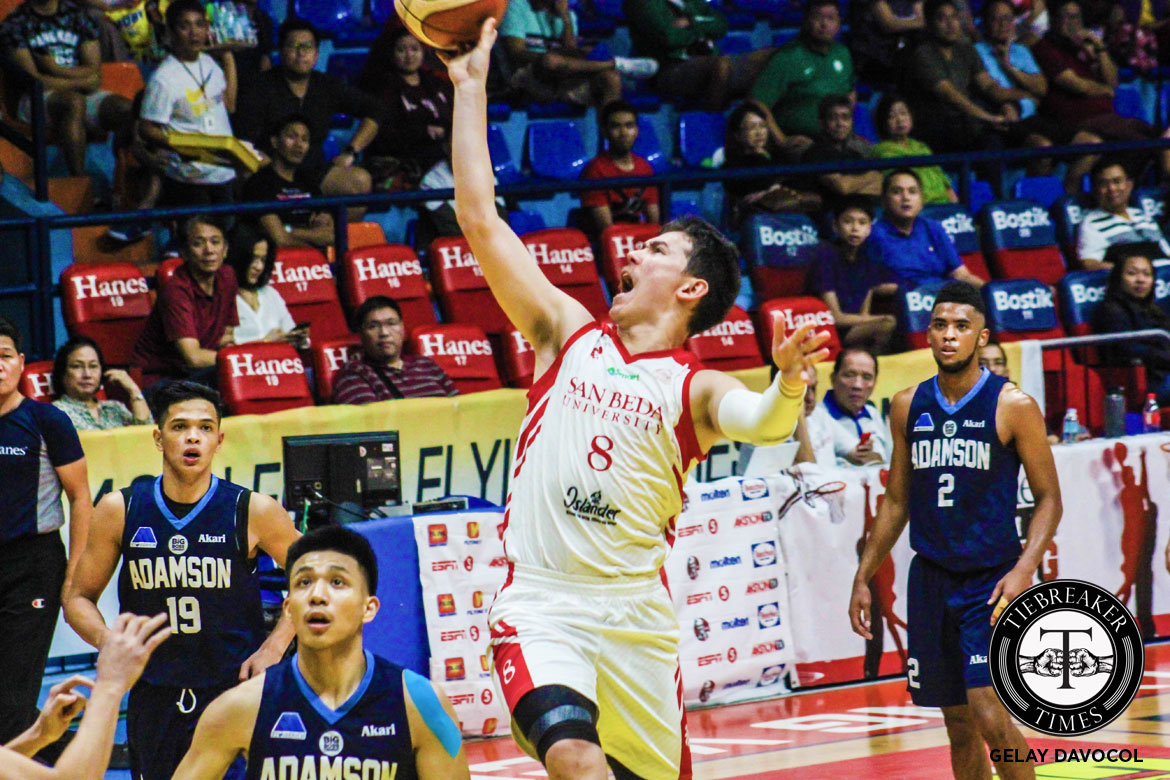 With their title defense bid in the balance, the defending Preseason Cup champions relied on their big three to survive the hot hands of Sean Manganti.

The San Beda University weathered a hijack attempt by the Adamson University Soaring Falcons, taking a 64-62 victory in the quarterfinals of the 2018 Filoil Flying V Preseason Cup, presented by Chooks-to-Go Wednesday afternoon.

“We’ll be ready for Saint Benilde, they’ve been playing great,” said San Beda head coach Boyet Fernandez. “They’re my dark horse in the NCAA. It will be a tough one.”

And they had to go through the ringer to survive this one.

“Well, we know that Adamson is a solid team especially their guy, Sean Manganti and Jerrick Ahanmisi,” Fernandez shared.

Behind the strong drives and steady free throw shooting of Robert Bolick, San Beda were able to erect a 50-41 lead midway through the final frame.

Bolick finished with 23 points on an excellent 10-of-12 free throw shooting clip.

But in a snap, Manganti turned on a switch, going unconscious from downtown.

Manganti went on to score 18 of the last 21 points of Adamson. His scoring spree was spiked by five triples, the last one cutting the lead to just a solitary point with 2.5 ticks left.

Joe Prebitero intentionally split his free throws, as the Soaring Falcons had no timeouts remaining.

Javee Mocon had a double-double with 16 points and 11 rebounds, while Donald Tankoua hauled down 12 boards.

Benilde bucks meltdown, upsets UP to advance to semis