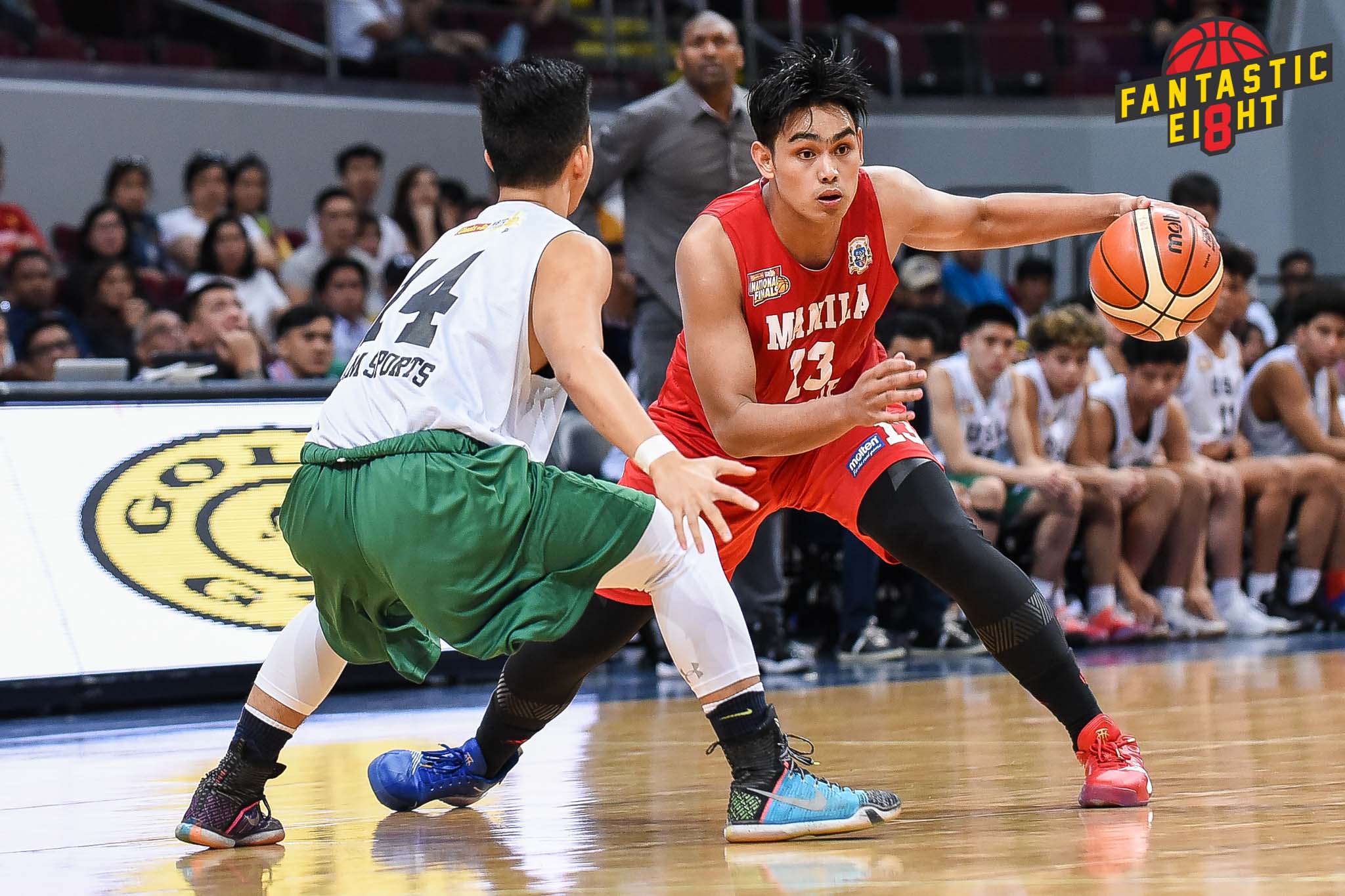 Rhayyan Amsali starred with 25 points, nine rebounds, and three assists while Joshua Lazaro scored all but two of his 11 points in the last eight minutes to help the MMBL champions boot out a FilAm Sports side led by Jalen Green and supposedly on its way to a rematch with National U.

The key to the win, though, was a defense that turned all its attention to Green, who still poured in 39 points on top of 13 rebounds, three steals, and two assists, but also turned the ball over six times.

This was in stark contrast to just a day ago when the FIBA U17 World Cup MVP recorded several highlight dunks at the expense of Ateneo.

This time, Green’s first and only dunk came at the 8:07 mark of the final frame, pulling his team to within 77-78.

Lazaro had the answer for San Beda, however, with four points in a 7-2 run that built their lead back up to 85-79.

The FilAm Sports standout again willed his squad back to 90-92 with 58.1 seconds left only to see Tony Ynot get a pair of easy layups as well as the win-sealing block to keep them at bay.

It also didn’t hurt the Red Cubs that Green muffed on three of his four free throws in the endgame and nine overall out of 22 attempts.

Ynot wound up with 16 points, four rebounds, and two blocks, but it was his defensive effort on USA’s 6-foot-5 swingman that was his biggest contribution to what is the most shocking decision thus far in the national championship for high school sponsored by Chooks-to-Go, Darlington-Exped Socks, EPSON, Huawei, Freego, Purefoods, Gatorade, Go for Gold, SM, Molten and also presented by 5 Plus and Lighthouse Events.

Awaiting San Beda in the Fearless 4 on Friday still at the same venue is National U-Manila which romped over Letran-Manila, 96-71.

The UAAP champions are entering the semifinals with an average winning margin of 59.7.

For the Squires, Stacy Tibayan topped the scoring column with 26 points. Despite the loss, they have recorded their best finish in the annual tournament.

Backstopping Green for FilAm Sports are Kai Ballungay and Jeron Artest as the former finished with 18 points and 10 rebounds and the latter ended with 13 markers and seven boards.

The three, alongside Brandon Wilson, will still be seeing action in the NBTC All-Star Game. That exhibition, alongside the tournament semis and finals, will be aired live on ESPN5. All games, from the seeding round to the championship round, will also be streamed live over at tv5.espn.com.

Meanwhile, Holy Trinity-GenSan punched a ticket to the Division 2 Fearless 4 after getting the better of St. Louis School of Don Bosco-Dumaguete, 79-70.

GenSan will face the winner between First City Providential College-Bulacan and St. Augustine Institute of Pampanga.