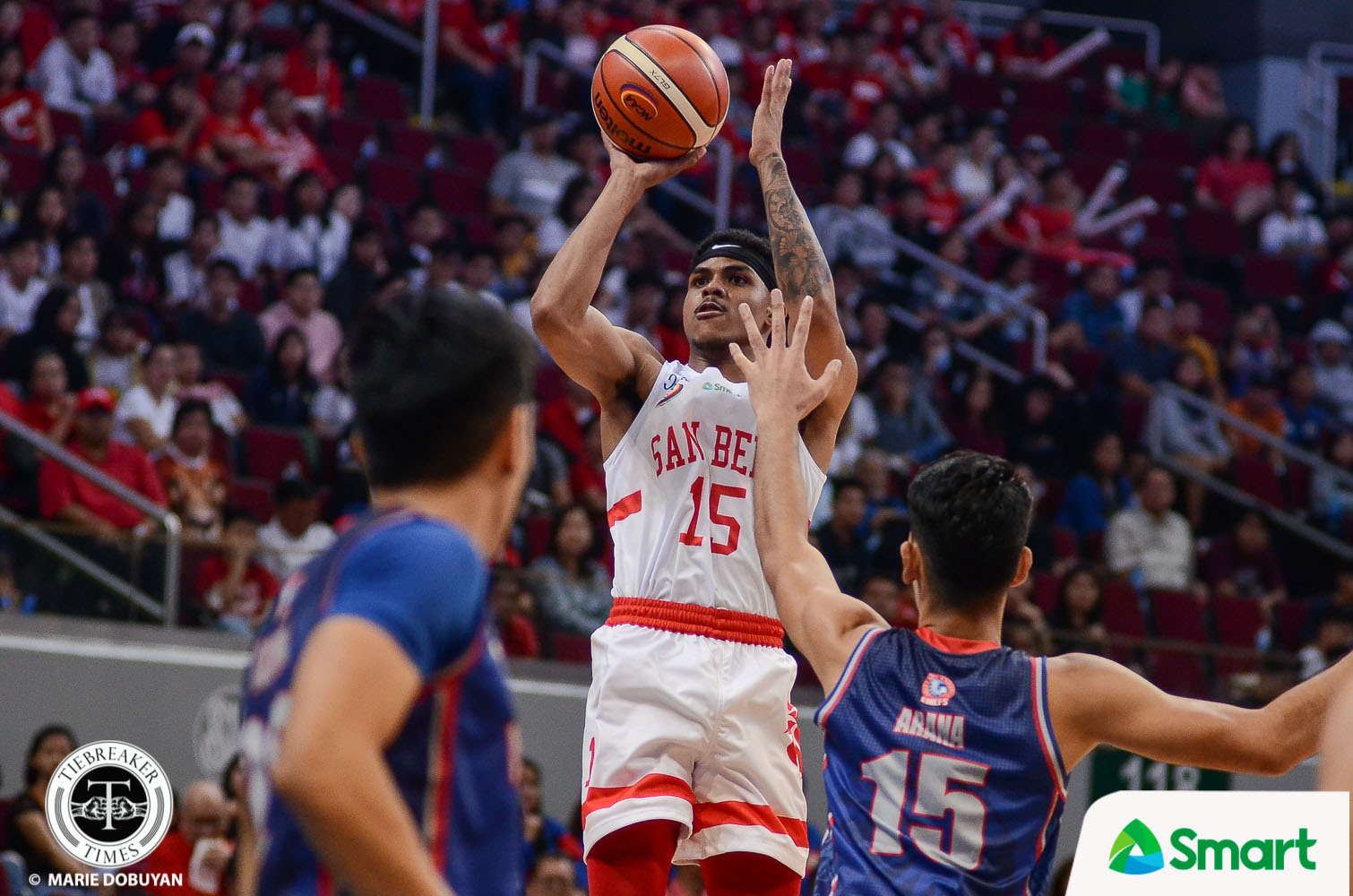 “We’re happy we got this one. We’re facing a good old friend in coach Cholo and I’m sure, coach Cholo has been with me for so many years, he knows me. But the players really stepped up,” said San Beda’s decorated tactician Boyet Fernandez.

And it was their defense that led them to their first win in the NCAA Season 95 Seniors Basketball Tournament, their 14th straight opening day victory, and 15th straight triumph victory since last season.

With Kent Salado, who missed the entire Season 94 tournament due to an ACL tear, torching them in the first half, Fernandez put pint-sized guard Prince Etrata on him.

Salado was limited to just five points in the second half after tallying 13 points in the first half on 6-of-7 shooting. Salado ended up shooting just 8-of-17 from the field while grabbing 11 boards.

On the other hand, Donald Tankoua, James Canlas, and Evan Nelle powered San Beda’s third-quarter surge. Arellano could not recover in the final frame.

“James had foul trouble in the first half but he came back and stepped up, lifted the team, Evan took care of the point guard position, and Etrata came in and played defense in Salado. Credit to the guys who really played defense,” added Fernandez.

Tankoua had 13 points and 12 rebounds to lead San Beda. Canlas and Nelle had 10 and nine points respectively with the former grabbing seven boards while the latter scattering five rebounds and five assists.

#ReadMore  TY Tang on Perpetual probe: 'If it's there, it's there. If it's not, walang problema'

San Beda looks to continue its strong start when it faces the JRU Heavy Bombers on Friday, July 12 at 12:00nn. Arellano, on the other hand, faces the Letran Knights later in the day.