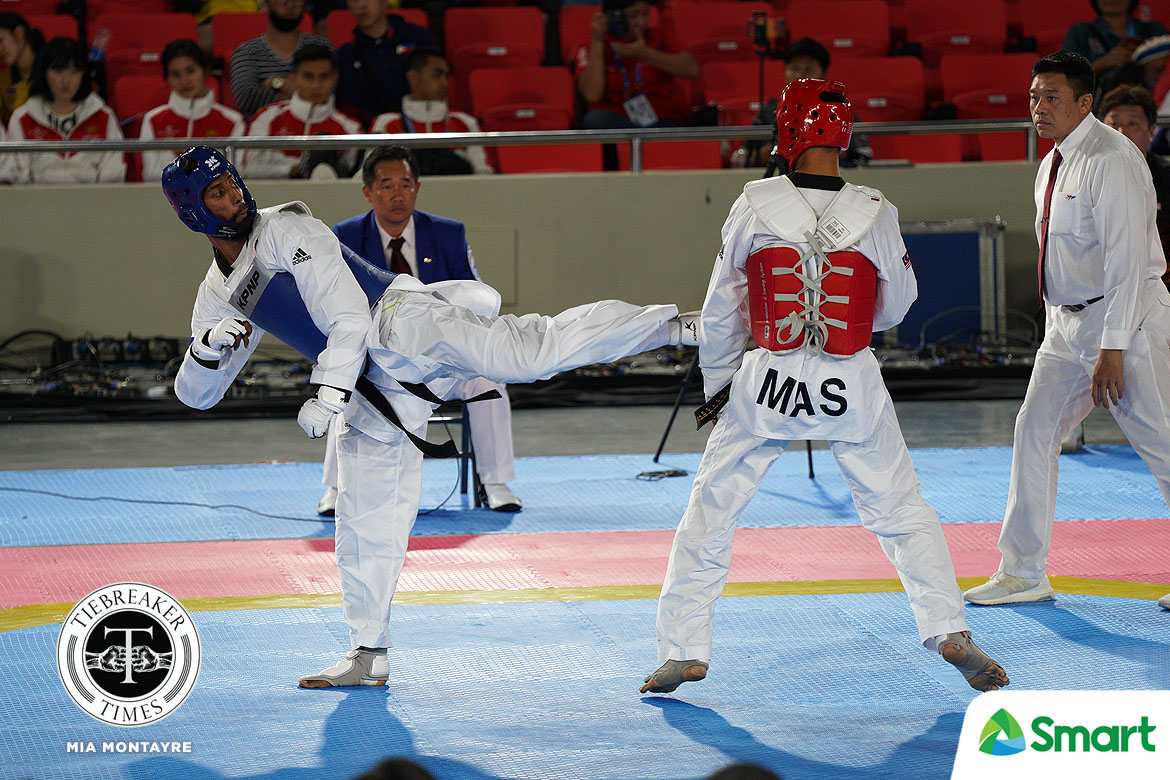 Samuel Morrison made sure to go all-out in his lone match in the 30th Southeast Asian Games, dominating young Malaysian Joshua Abdullah, 30-8, to bag the men’s -80 kg gold, Sunday at the Ninoy Aquino Stadium.

The University of Santo Tomas product started strong and built a 5-0 lead. Abdullah, however, scored a surprise head kick seconds before the end of the first round.

Morrison then amassed 19 points in the following period to pull away and leave his opponent in the dust.

The Malaysian earlier defeated Myanmar’s Naing Kyaw Min to end with the silver, forcing the latter to settle for the bronze.