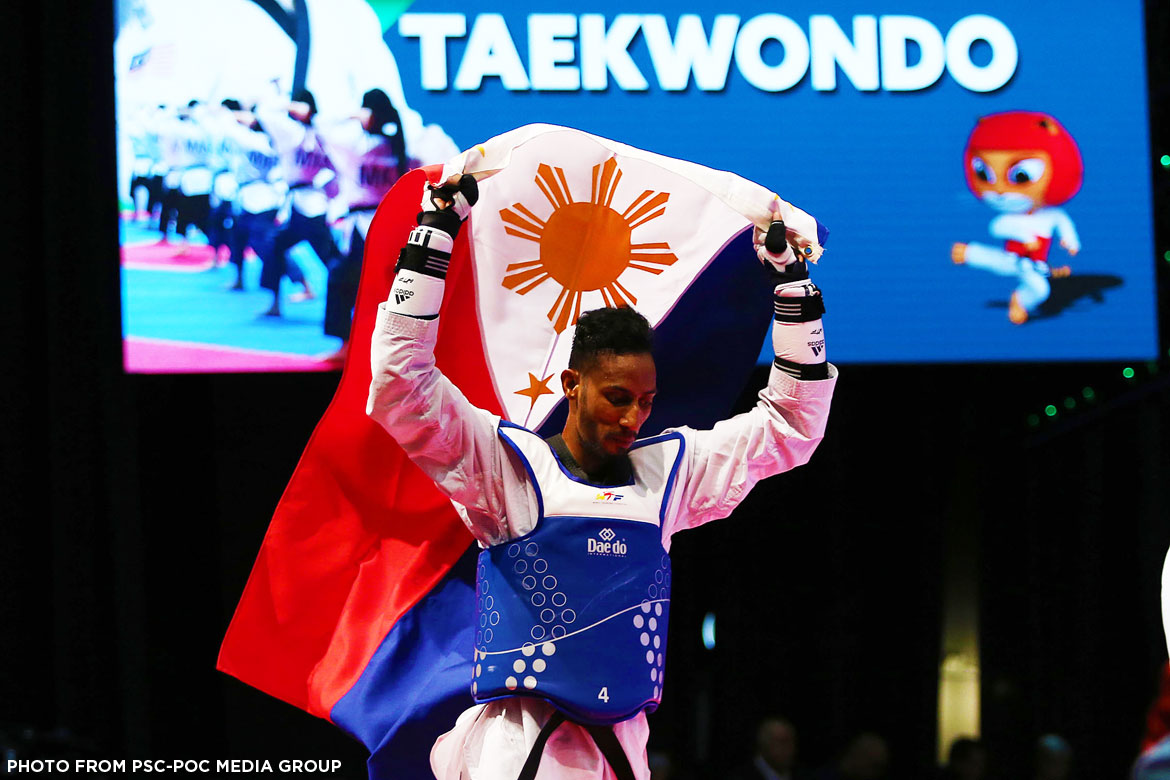 Seeing his teammates fall, Samuel Morrison made sure to redeem his team by winning the men’s -74 kilogram division of the 29th Southeast Asian Games taekwondo tournament, Sunday afternoon at the Kuala Lumpur Convention Cetre in Malaysia.

This Morrison’s second SEA Games gold after winning the -68kg division in Singapore back in 2015. Moreover, this is the Philippines’ 20th gold in the regional meet.

The former University of Santo Tomas Tiger Jin defeated two Indonesians en route to the crown, edging out his first opponent in the semis with a score of 16-11 while blasting Dinggo Prayogo 28-18 in the finale.

And he was able to find inspiration from his grandmother, who had passed away before he went to Kuala Lumpur, and his teammates Arven Alcantara and Pauline Lopez.

Alcantara suffered a controversial loss in the -68 category, while Lopez took home bronze in her division.