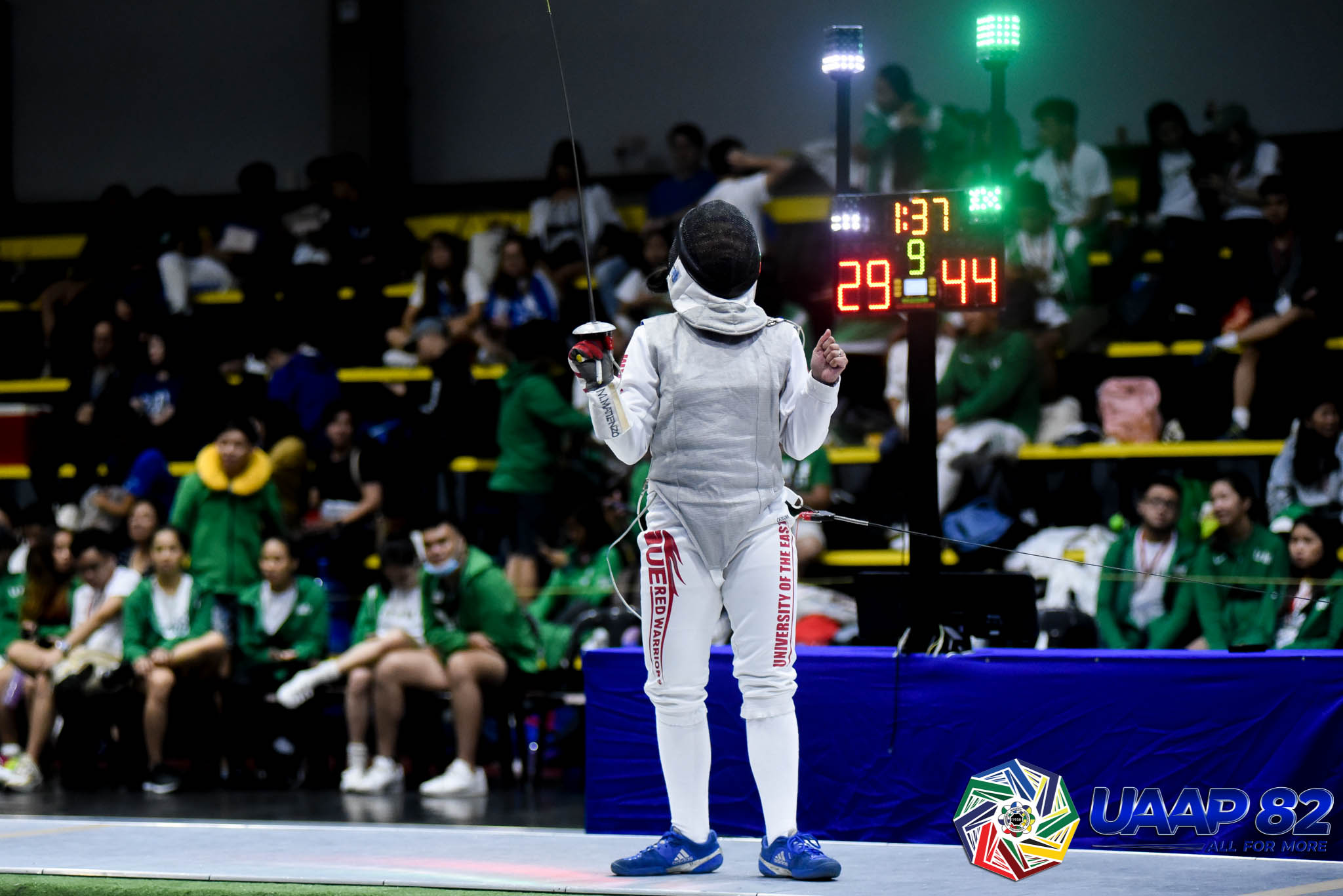 Samantha Catantan powered University of the East girls’ foil team to a masterful 45-29 victory over University of Santo Tomas to virtually secure the school’s ninth title with its fourth gold in the UAAP Season 82 High School Fencing tournament, Thursday at the Paco Arena.

The Junior Warriors are simply the gold standard in high school play.

But the Junior Warriors (4-2-2) won’t have a chance of completing a six-gold sweep in the boys’ side.

Ateneo topped UE, 45-42, in the team saber final for its first gold of the tournament.

On the other hand, FEU and De La Salle-Zobel copped the girls’ foil bronze.

Hostilities during the final day of competitions will begin at 8 a.m.