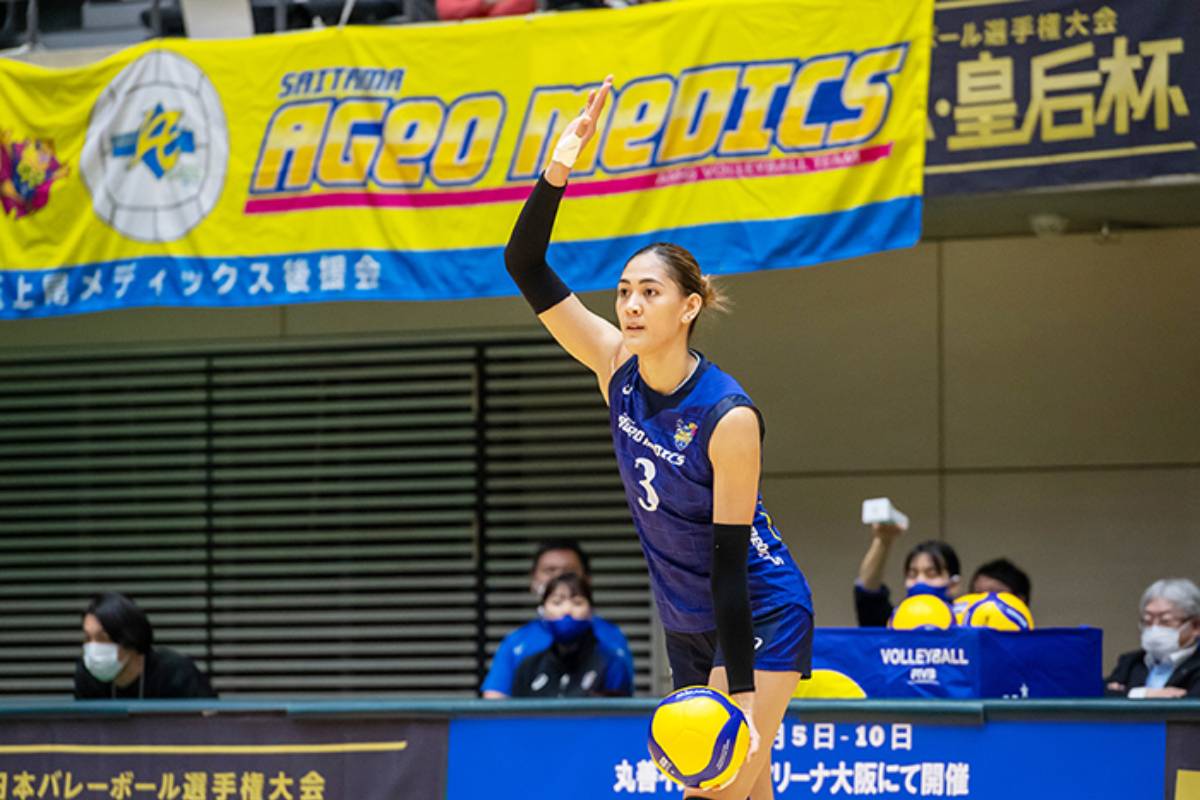 Jaja Santiago and Saitama will be out of action for at least two weeks.

The V.League has canceled the Ageo Medics’ games from January 29-February 6 as some players from the team tested positive for COVID-19.

Saitama was supposed to face the Victorina Himeji this weekend at Himeji City Central Gymnasium before taking on the Toray Arrows next week at Muko Citizens Gymnasium.

Players from Himeji also tested positive for the virus.

The Ageo Medics last played back on January 15 and 16, sweeping their series against Kurobe.

Saitama is currently sixth in the standings with a 10-6 slate while Himeji and Toray hold the 10th and 11th spots in Division I, respectively.

Santiago’s team hopes to be cleared by February 19 as they face Hitachi.