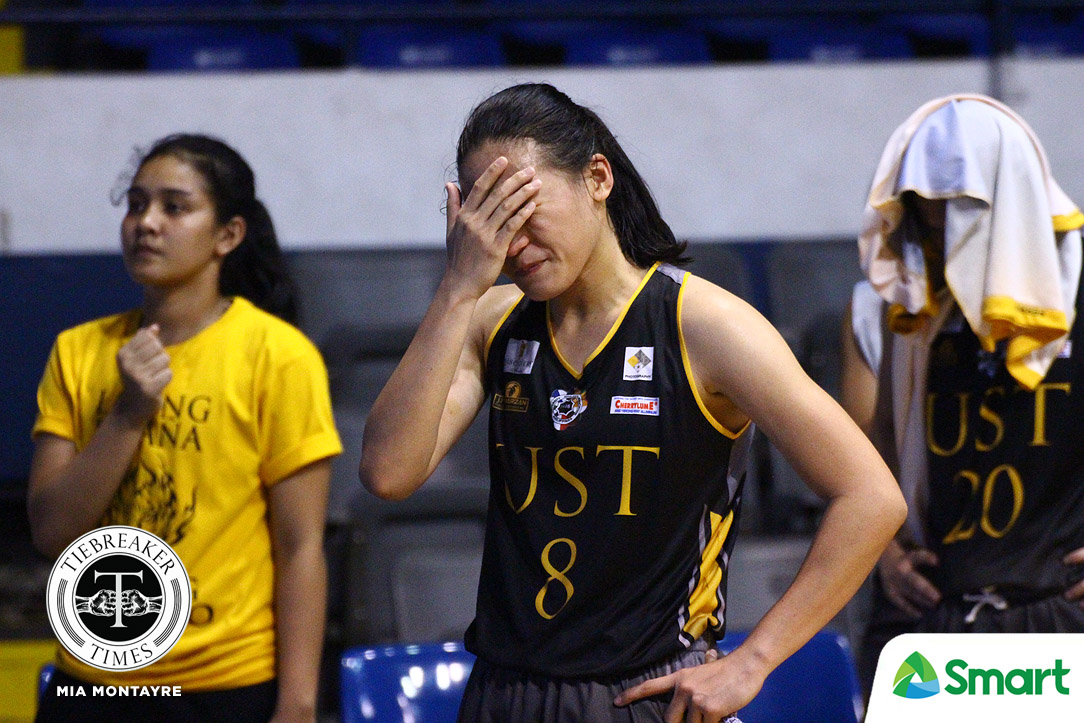 Last Tuesday was a frenzy in the UAAP Season 81 Women’s Basketball Tournament.

Three teams tied at 7-5 vying for the last two Final Four slots were competing. And it ended up a chase.

The De La Salle Lady Archers started the day with a 57-39 rout of the Ateneo Lady Eagles. Later in the day, the Adamson Lady Falcons stunned the FEU Lady Tamaraws in overtime, 73-69.

In the last game, it was up to the University of Santo Tomas Growling Tigresses to pick one up to give them leverage heading into the final day of competition.

However, the result did not favor the Growling Tigresses as a Joyce Francisco triple with 1.8 seconds left completed the UE Lady Warriors’ rally and their upset. UST were left behind.

“That game was really painful for me and for the rest of the team. Kasi we needed that win tapos Francisco made her shot,” lamented team captain Sai Larosa.

“I think we have learned a lot.

“We cannot relax sa defense namin kasi ganun yung mangyayari. Good thing that we still have a chance to enter the Final Four ,which is kailangan namin talunin yung DLSU ng dalawang beses,” the native of Sorsogon shared. “We have to take it one game at a time.”

UST’s game against La Salle, though, will be a literal win-or-go-home. A Lady Archers win will end the Growling Tigresses’ campaign and finish off Larosa’s career. So Larosa is going all-out, not wanting this game to be her last. 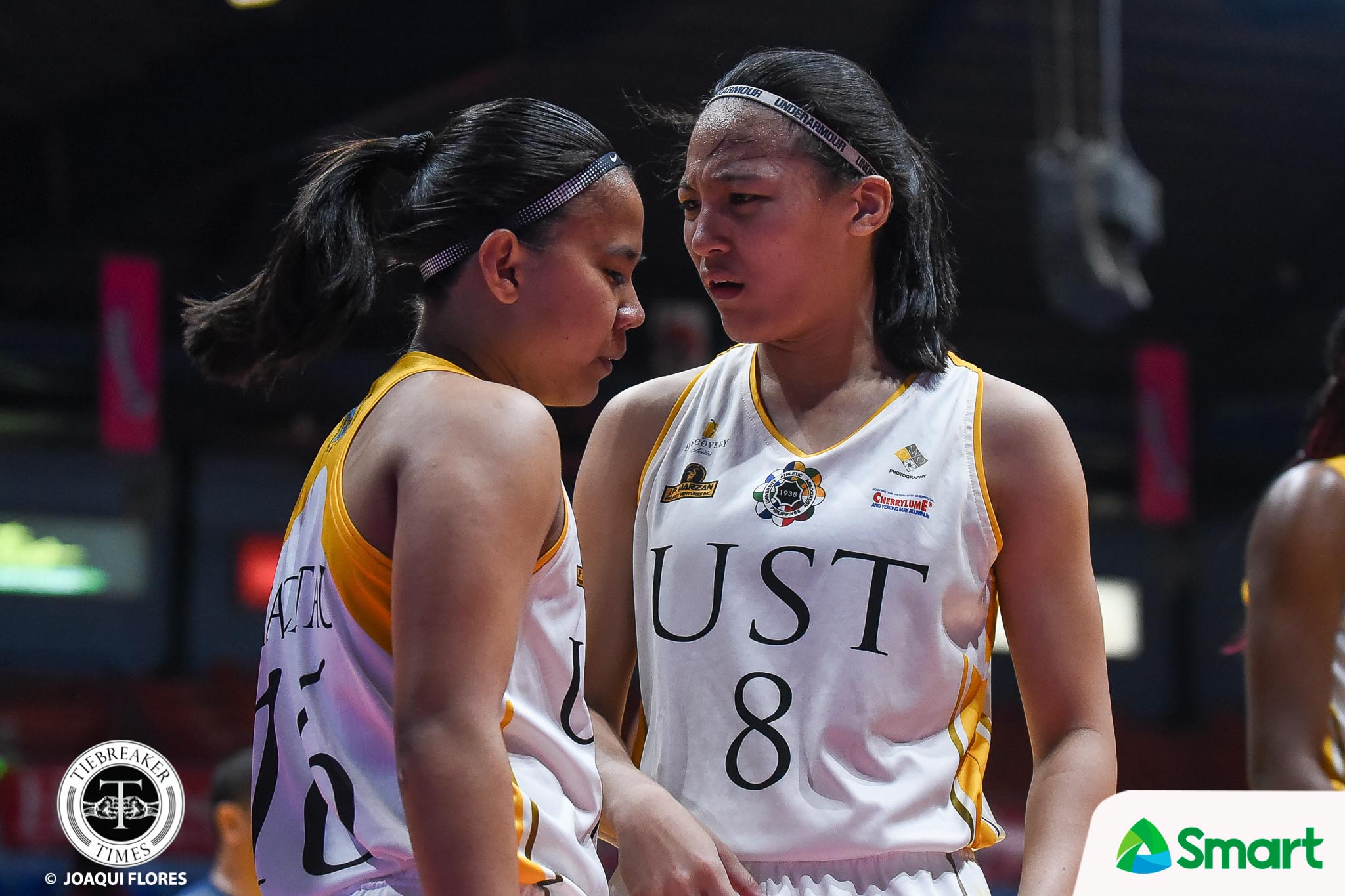 “I still have another chance to help the team and to make sure that tomorrow’s game won’t be my last game.”