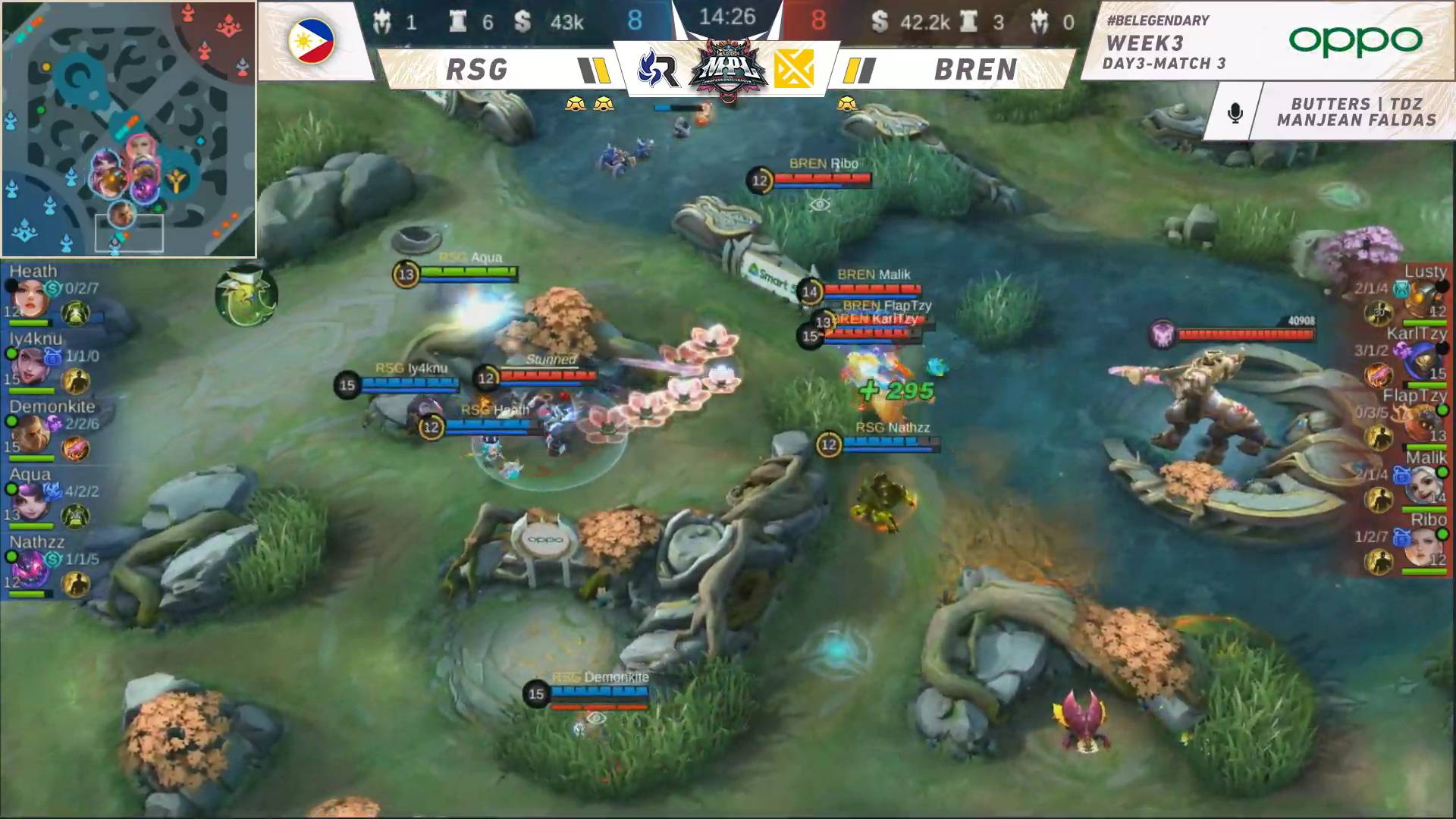 RSG is now tied with ECHO PH at the fifth spot with eight points each through a 4-2 standing.

The clash resulted in a wipe as RSG PH marched onto the middle lane to end the match.

EJ “Heath” Esperenza (Rafaela), who made the game-winning outplay on Lusty with his Holy Baptism, took the SMART 5G MVP award with a game-high 12 assists laced with two deaths in the 13-8 win. 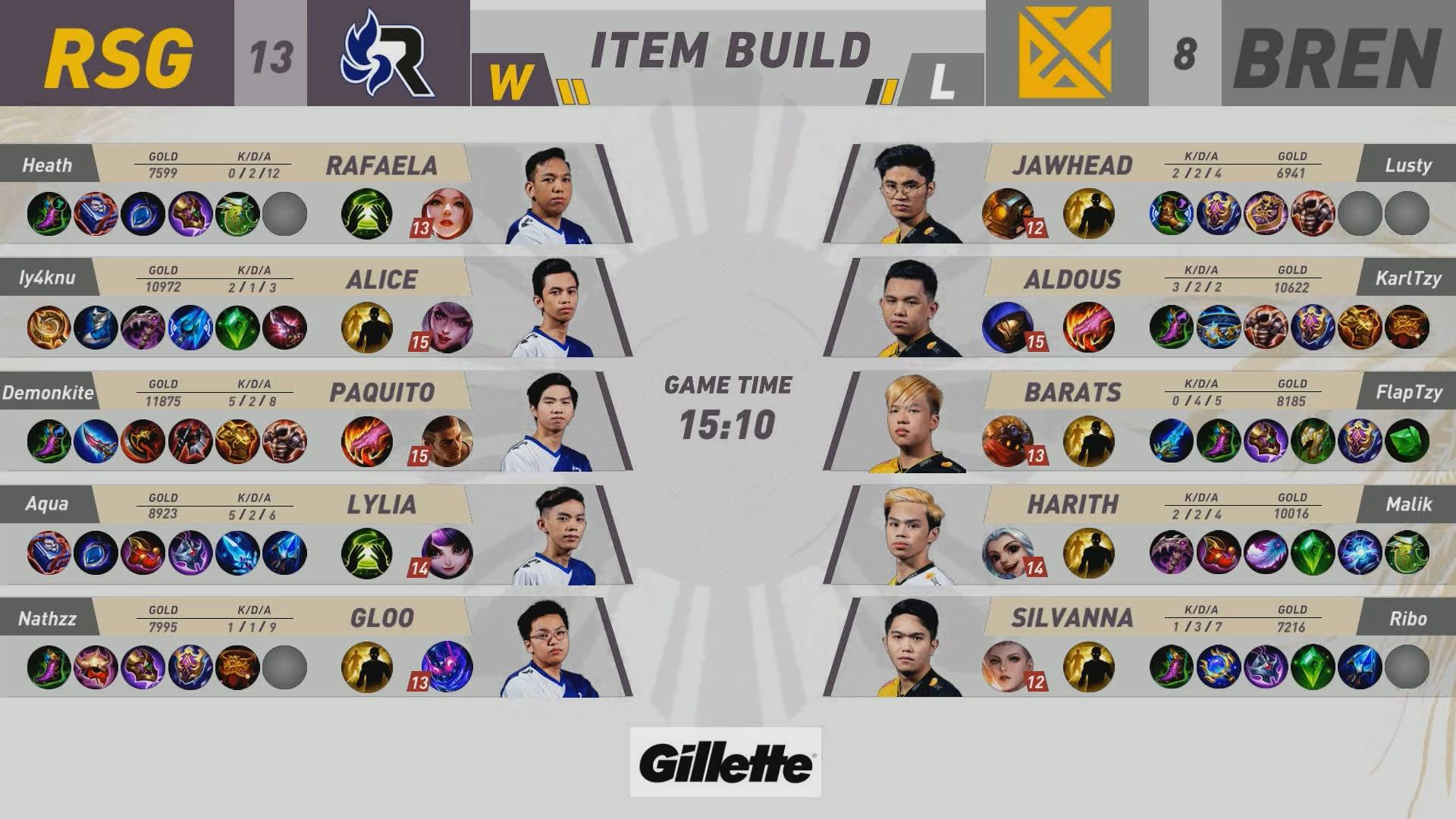 RSG PH wasted no time in dispatching the world champions, putting on a clinic in Game One for the early 1-0 lead in the series.

Arvie “Aqua” Calderon’s Kagura was named the SMART 5G MVP with three kills and seven assists without a single death in the dominant 15-5 victory which lasted for just 13 minutes and 33 seconds. 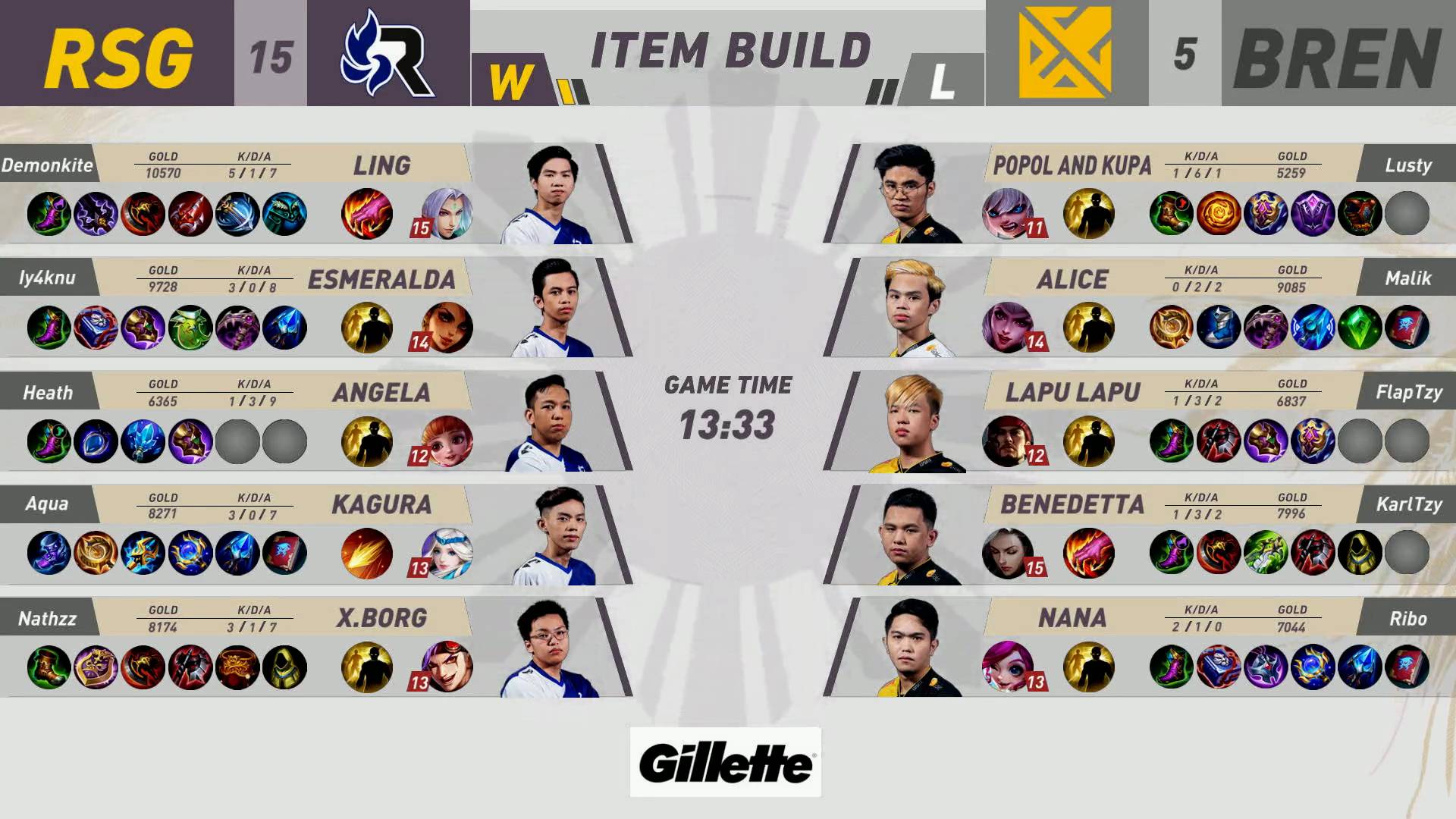 Bren Esports showed versatility in Game Two, unleashing the Aldous for the very first time which translated to an 11-11 win in 18 minutes and 25 seconds.

Karl “KarlTzy” Nepomuceno (Aldous) finished with four kills and six assists against just one death as the SMART 5G MVP. 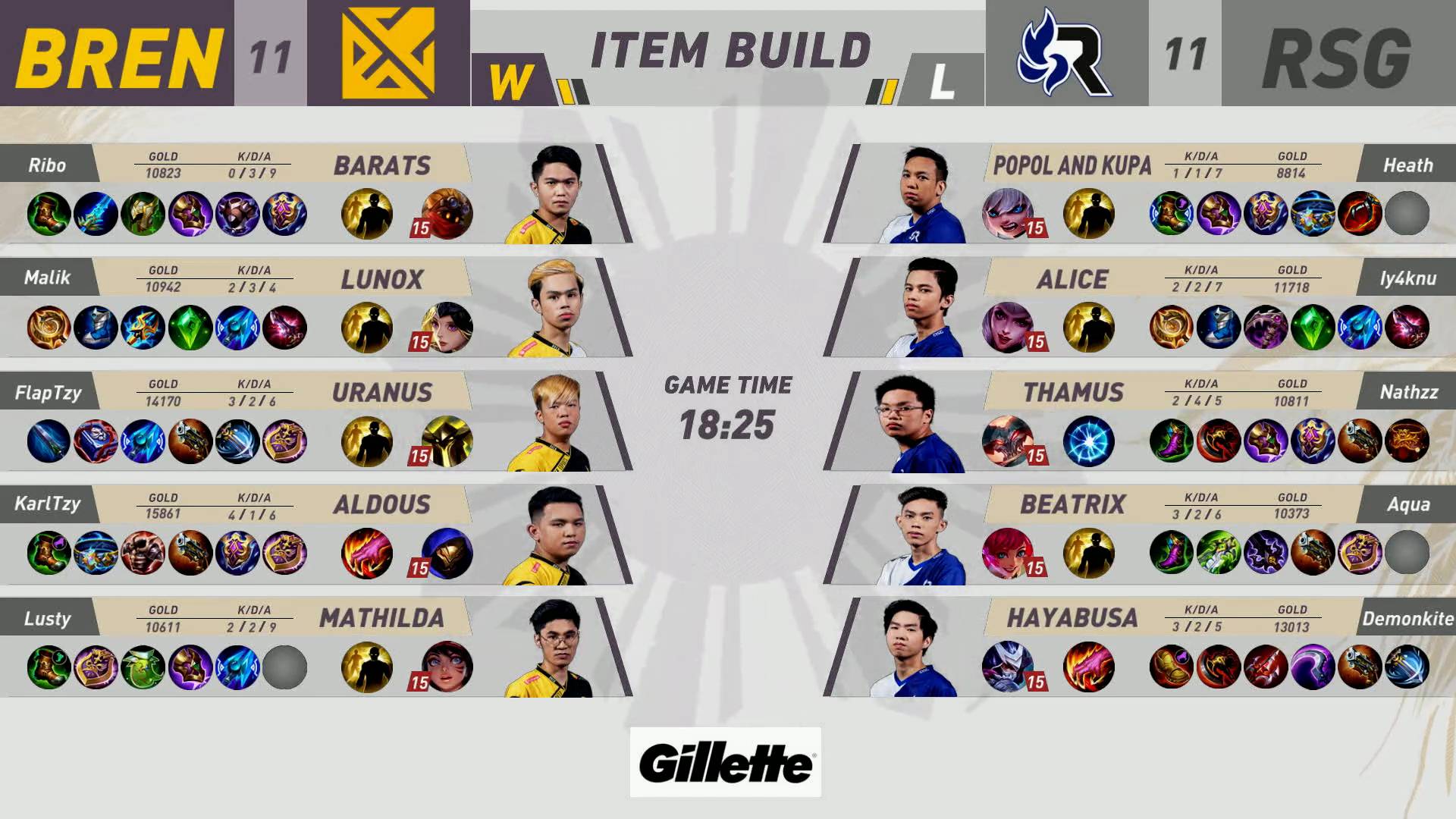 Bren Esports, who is still at the bottom of the standings, dropped to a 1-5 slate with five points.

RSG PH will take on Blacklist International on Friday at 8:00 PM while Bren Esports looks to pump life into its campaign against ONIC PH on Saturday also at 8:00 PM.