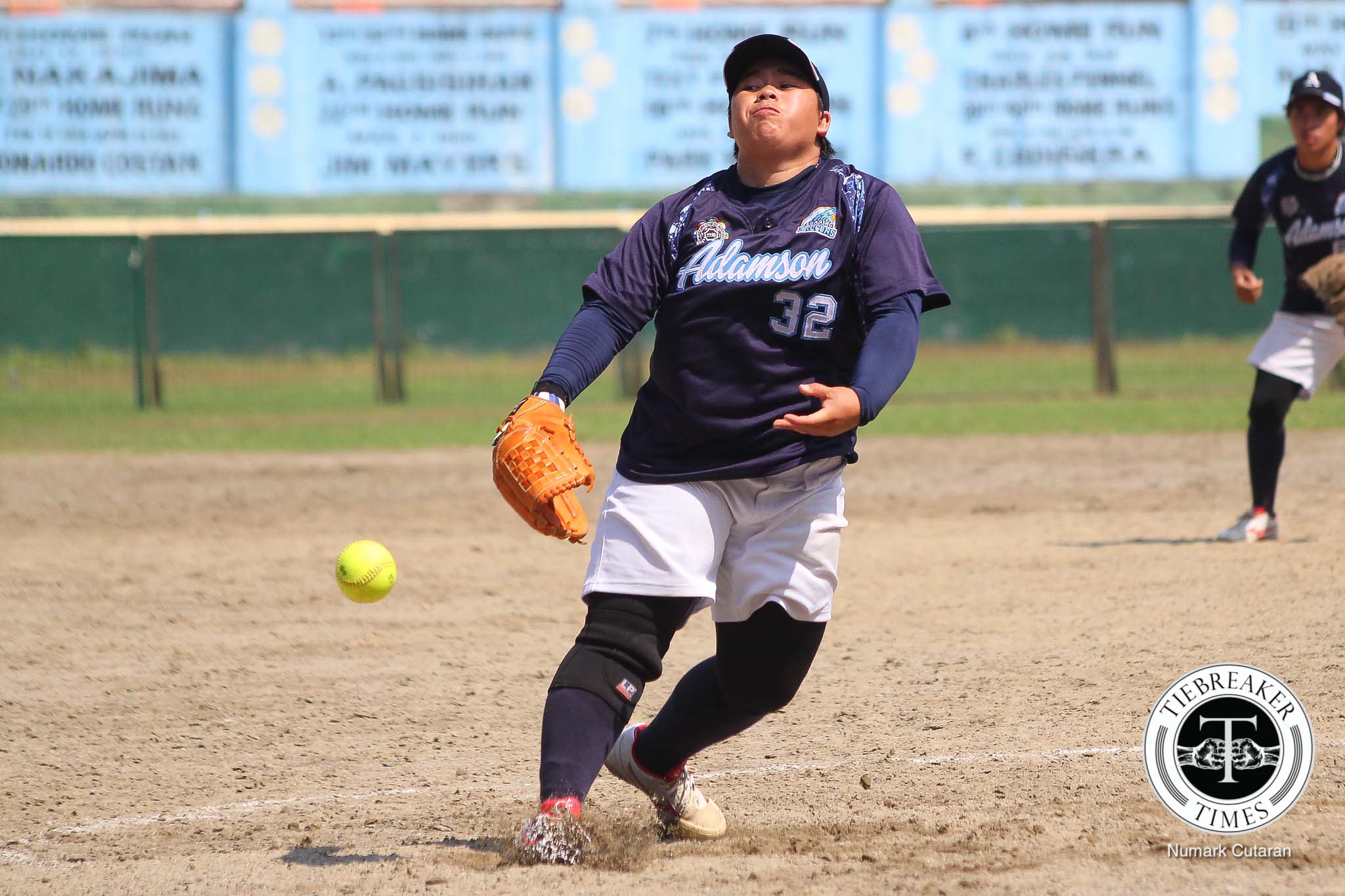 In a game that will decide the seedings for the next round, the Philippine women’s national softball team, the RP Blu Girls, lost to the Netherlands, 7-2, early Monday morning (Philippine time) in Surrey, Canada.

Reigning UAAP MVP Queeny Sabobo of Adamson University and Shaira Damasing of National University punched in the two runs scored by the Nationals. Sabobo went 1-for-3 at-bat, popping a double during the fourth inning, while Damasing picked-up an RBI and a run.

The Dutch quickly gained a 2-0 in the opening inning as Chantal Versluis slammed a home run that brought her and Britt Vonk home.

The Nationals tried to rally back in the second inning after a base hit by Ateneo head coach Dione Macasu. However, the Dutch were able to knock-off pinch runner Lorna Adoable and next batter Angelie Ursabia in a 4-6-3 double play to keep the Philippine-side at bay.

After punching in two more runs during the bottom of the third inning, the Netherlands continued to pour it on in the next inning. With the bases loaded, Britt Vonk connected on a base hit to bring home Shareday Christina and Anne Blaauwgeers to give the seventh-ranked team a 6-0 lead.

This forced the coaching staff to replace Annalie Benjamen on the mound in favor of 17 year old Filipino-American Sierra Lange.

The Blu Girls, after multiple attempts, finally broke through to the scoreboard in the fifth inning. Sabobo connected on a double to open the top end of the inning. With one out, Sabobo was able to reach home after a Damasing single.

#ReadMore  B.League: Thirdy Ravena does it all as San-En arrests slide at Ibaraki's expense

The Netherlands’ fielders committed an error afterwards that gave Dani Gilmore base. Damasing was then able to punch in another run Suitos coming from a single by Chelsea Suitos.

However, the Netherlands scored another run in the sixth inning while pitcher Ilona Andringa and closer Rebecca Soumeru held the fort for their team to close-out the game.

With the loss, the Philippines will face third ranked Australia in the knockout Round of 16 stage on Tuesday, July 19 at 8:00am (Philippine time).

Looking forward to the match-up, Veloso shared that the Philippine team is fairly confident with the match-up. “The team knows na kaya natin ang Australia,” he said. “Even if number 3 sila, if you based it from our game results sa World Cup, we only lost to them 3-2.”