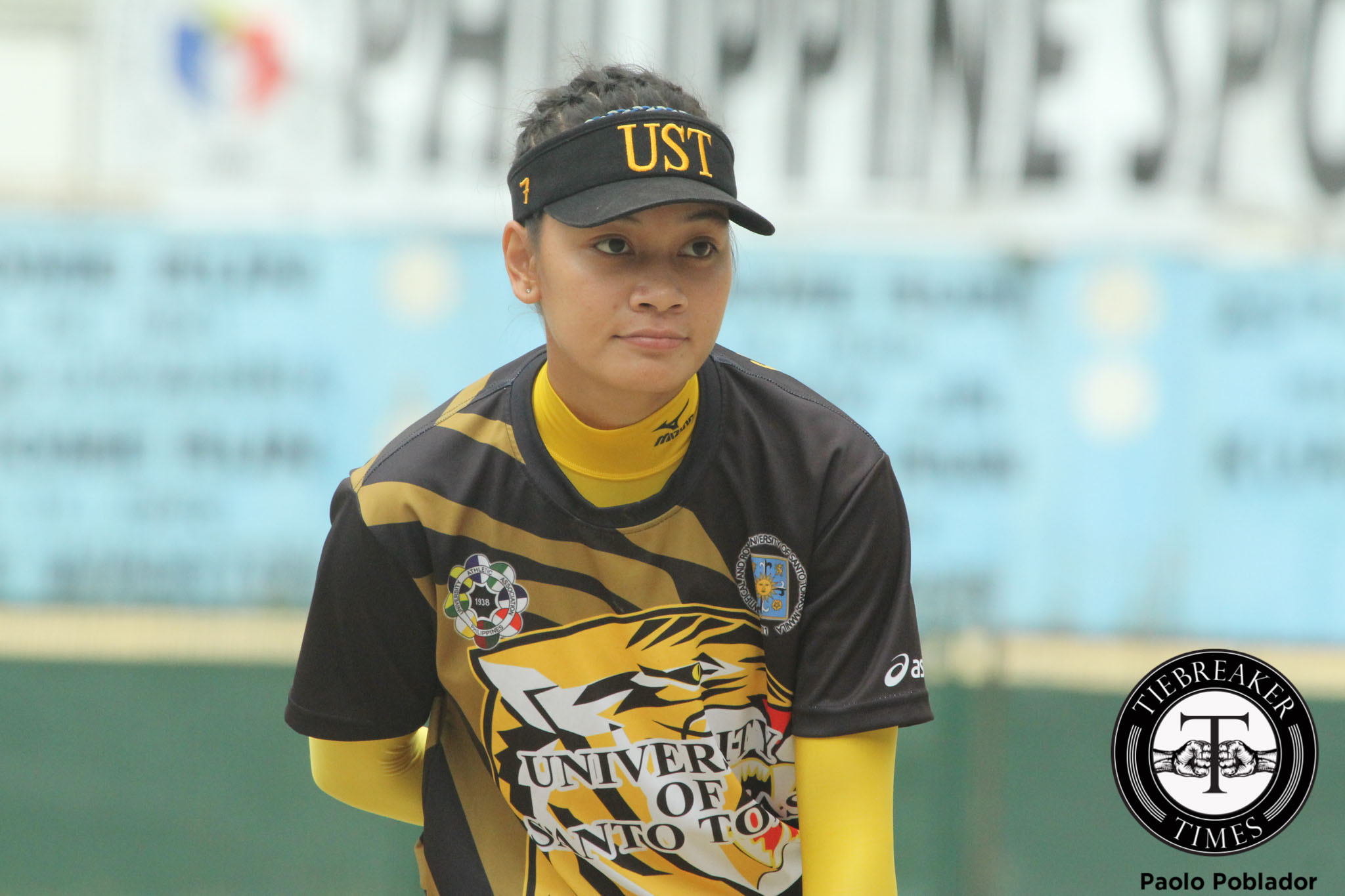 University of Santo Tomas ace pitcher Ann Antolihao allowed just two hits to fuel the RP Blu Girls to a 1-0 win over the Czech Republic in the Nationals’ opening game in the 2016 Women’s World Softball Championships held in Surrey, Canada.

Antolihao pitched all seven innings of the game, allowing just two hits and striking out two Czech batters. The defense was as good as it could get as well, stranding four runners.

At the bottom end of the opening stanza and with two outs, Tereza Pochobradska was hit by a stray Antolihao pitch to gain base. Clean-up hitter Eliska Mlynkova followed with up with a base hit as Pochobradska advanced to third.

Unfortunately for the Czechs, a grounder to left field by Barbora Nemrevova went straight to third basewoman Arianne Valestero of National University, while the throw was secured at first base, Ursabia, for the third out.

The Blu Girls were never fully threatened after the first inning.

The winning run occurred at the top of the fourth inning. Filipino-American Garie Blando opened the inning with a booming double. A sacrifice fly by Vallestero then gave the UNLV standout prime scoring position. After a full count, Ateneo Lady Eagle head coach Dione Macasu was walked by Czech pitcher Veronika Peckova. Lorna Adorable was then subbed in to run for the 31 year old.

Angelie Ursabia, the UAAP’s home run queen in Season 78, connected on a sacrifice fly to right field to bring home Blando for the Philippines’ sole run of the game.

Even with the opening day win, Dizer believes that the team will not let their guard down as they face the lower-ranked Pakistan in the opening game of Day 2.

“The team is really upbeat naman. They know what’s at stake here,” the champion coach concluded.

Multi-time UAAP MVP Annalie Benjamen will step on the mound for the Blu Girls (Group F, 1-0) as the Nationals face Pakistan (F, 0-1) on Sunday, July 17 at 1:00am (Philippine time).