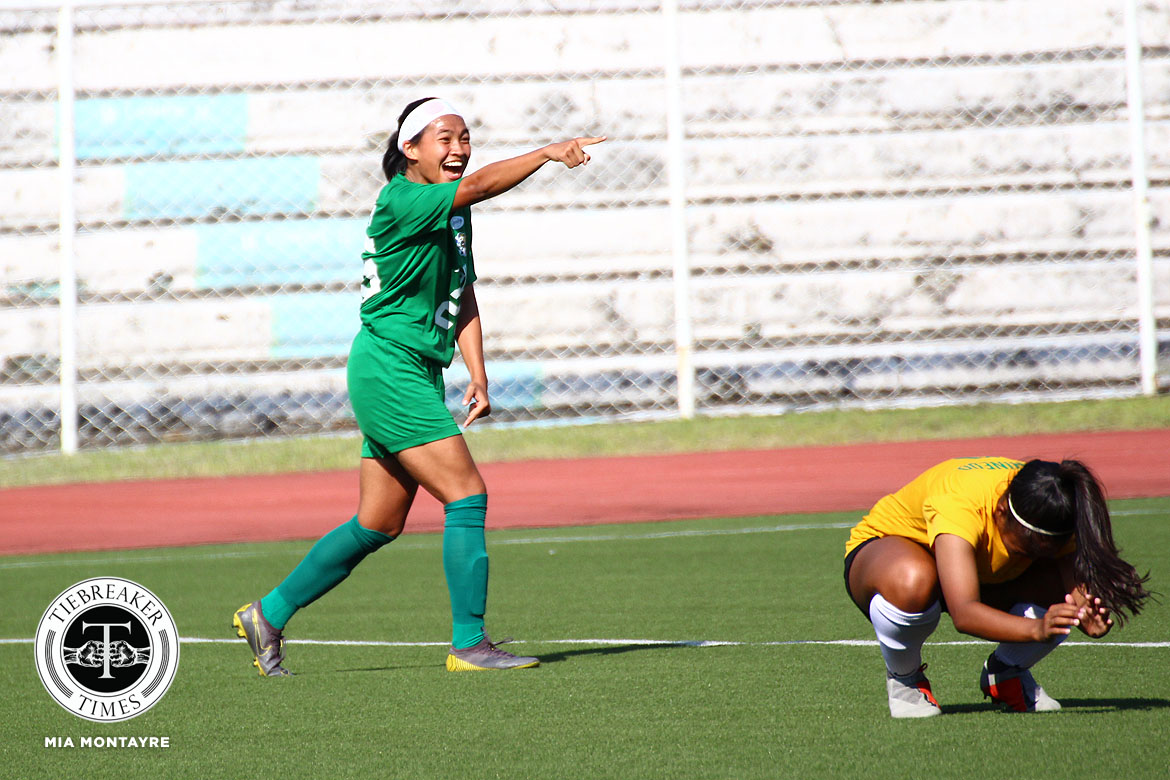 If there was one player who broke out like a blazing race car speeding past her opponents on the way to glory in the UAAP Season 81 Women’s Football Tournament, then it has to be De La Salle University’s Shai del Campo.

The rookie from De La Salle Zobel contributed 10 goals to the Lady Archers’ cause this season. Her most recent came in the finals against the FEU Lady Tamaraws, which sealed the Taft-based school’s 11th crown in the division.

Season 81 was an impressive campaign for the Education student. Aside from the gold medal, she was awarded the Rookie of the Year and Best Striker gongs. Her best moment this year, though, came on March 20, 2019, when she scored four times against FEU.

To put that into context, the last player to score four times in one game was Ateneo de Manila University’s Jarvey Gayoso. He did it against Adamson University back in Season 80.

“I’ve known the coaches ever since I was in high school.

Not bad for a player who admitted that she had nerves coming into the season, and felt that she had a huge weight on her shoulders to provide the end product for La Salle.

She added, “Of course, there is (pressure) because the coaches expect me to score goals. As in every time, there’s a game, all my coaches say ‘Score. Don’t think about anything. Basta score. Play your game.

It is one thing to make the lineup of a UAAP team; it’s another to instantly become one of the three-peat squad’s main stars. For Del Campo to accomplish both this season and seal individual honors is nothing short of phenomenal. But she still wants more.

“I guess for me, this is just the start. But then since it’s already a three-peat for La Salle, I think we’re going to continue that legacy.”

Now, La Salle aim to extend their dynasty further in Season 82. And the Lady Archers will continue to be a tough team to beat as long as Del Campo keeps banging in the goals.

Leo Austria looks back on ‘unbelievable’ run with San Miguel