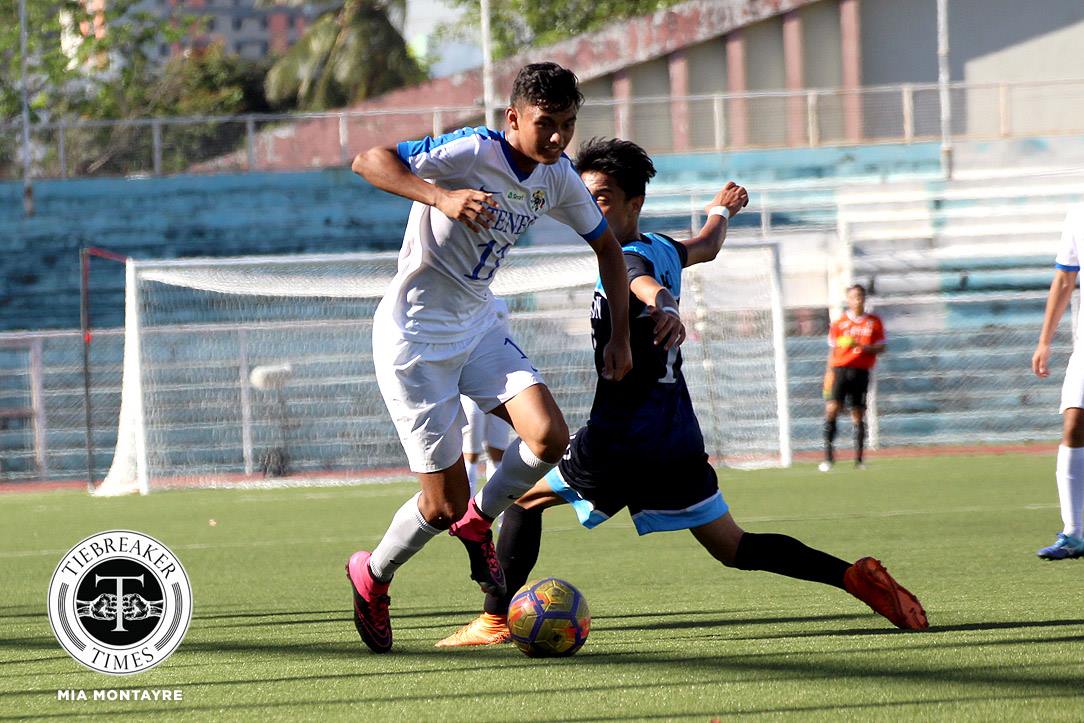 Gayoso put up a goalscoring masterclass in the first half to lift the Ateneo de Manila University Blue Eagles to a 4-0 rout of the Adamson University Soaring Falcons, in the second round of the UAAP Season 80 Men’s Football Tournament.

The Blue Eagles’ win, on Thursday morning at the Rizal Memorial Stadium in Manila, allows them to temporarily leapfrog the University of the Philippines Fighting Maroons to 1st place with 22 points in the league table. In contrast, Adamson have yet to register a single point this year.

“It’s a good feeling. Coming from a devastating drought in that game against La Salle, it’s nice that we were all able to pick ourselves up from it and we were all keen on scoring goals,” said Gayoso, who increased his personal tally this season to 12 goals.

The Soaring Falcons may be bottom of the standings, but that should not take away anything from Gayoso’s exploits. The third-generation athlete proved that he is the tournament’s most potent finisher, as he shot past Adamson goalie Carl Viray four times in the opening period.

With the game all but won, Sam Lim replaced Gayoso at halftime, and the former almost got himself a goal but Viray denied him with a fine save. Renko Gaudiel then won a penalty late in the period, which Paolo Alilam squandered wide.

A stiffer test awaits the Blue Eagles as they will face the University of Santo Tomas Golden Booters on March 18, 3:00 PM. Adamson shall also take on UST in their next game on March 22, 8:00 at the Far Eastern University-Diliman field.