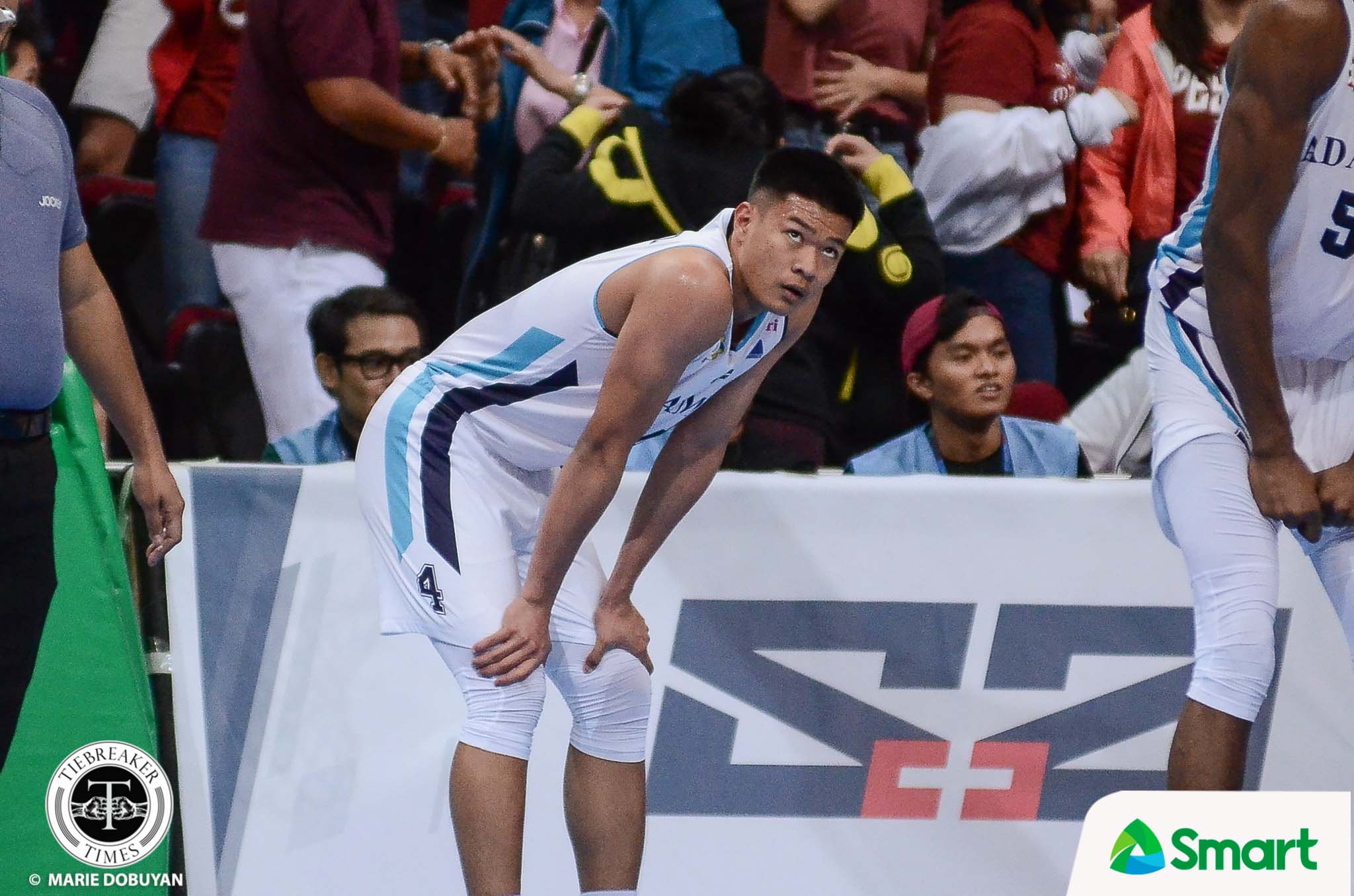 All eyes may have been on the debuting Kobe Paras on Sunday, but rookie AP Manlapaz also made sure to leave a lasting impression.

The 19-year-old rookie proved that he can be a man among the boys with his fine play for the Adamson University Soaring Falcons in their UAAP Season 82 clash with the UP Fighting Maroons.

Manlapaz tallied 17 points — including six straight points in the extra period — on 60-percent shooting from the field. He also had three rebounds, two assists, a steal, and a block in 22 minutes.

The Adamson lifer said that coach Franz Pumaren had no particular instructions for him in OT. The rookie then simply wanted to show what he can bring to the table.

Previously, Manlapaz had only tallied a total of four points in the Soaring Falcons’ first three games of the season.

Unfortunately, Manlapaz could not celebrate his breakout performance as all his efforts went in vain. Adamson lost in overtime, 83-84, dropping to 2-2 in the standings.

It was a difficult defeat for the Soaring Falcons. They already had an 18-point lead early and an 82-75 edge with 2:22 left to play, only for it to blow up in the end.

Despite the disappointing loss, Manlapaz said that this game will only boost his confidence in the next games.

Godfrey Okumu airs frustration on Motolite-Choco Mucho officiating: ‘How bad can they be?’

Despite team of alphas, Juan GDL says UP does not have chemistry issues