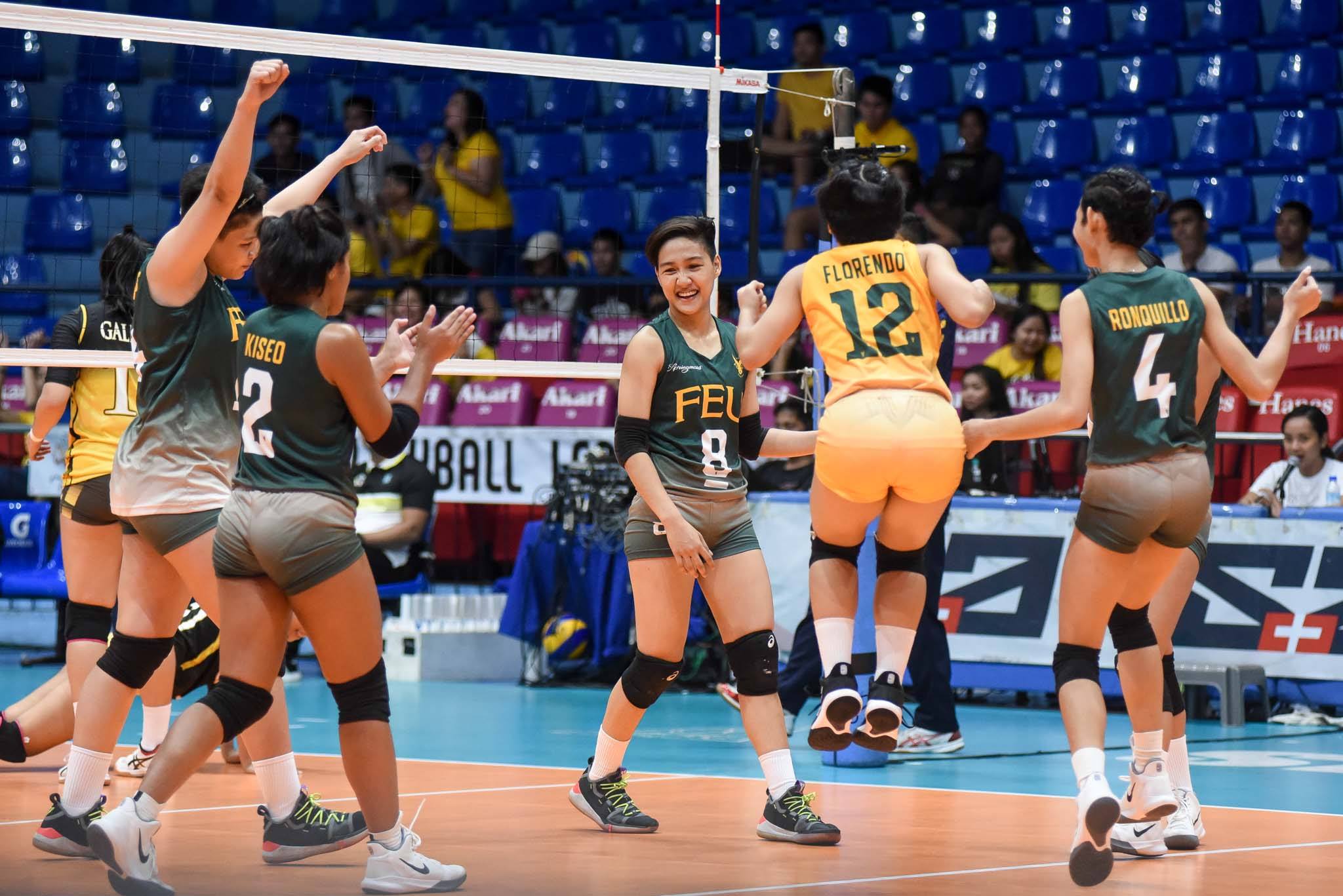 Shrugging off an early bump, the Far Eastern University Lady Tamaraws trumped the Lyceum of the Philippines University Lady Pirates, 21-25, 25-14, 25-16, 25-19, in the 2019 PVL Collegiate Conference, Sunday at the FilOil Flying V Centre.

Jolted to their senses following a lethargic match opener, the Lady Tamaraws drew strength from France Ronquillo as they kicked their offense into gear to take the second and third sets.

With a win within sight in the decisive fourth frame, FEU buckled down to business.

Ronquillo continued to pound the opposition in a plethora of ways for the Lady Tamaraws, who also built a stifling net defense from Czarina Carandang, Ivana Agudo and Nette Villareal.

Behind an all-around thrust from its roster, FEU mounted a commanding 19-14 cushion and seemed to have the set in hand.

However, the collective hats of Alex Rafael, Joan Doguna, and Mary Onofre pulled Lyceum back as they whittled the deficit down to two at 17-19, urging FEU head coach George Pascua to sue for time.

And his wards did just that.

The Lady Tamaraws turned to their floor reception all the while pressuring the Lady Pirates above the net. Lyceum then muffed a string of scoring attempts, putting FEU in the lead for good.

Agudo collected three kills blocks for nine markers while Villareal managed five points for FEU, which shut down its campaign with a 3-2 card.

On the other hand, the Lady Pirates also ended their campaign with a lone win in five outings.

Rafael topped Lyceum with 15 points from 11 attacks and four kill blocks. Doguna chimed in 10 markers to go along with nine excellent receptions. Meanwhile, Onofre netted a pair of service aces for 10 points.