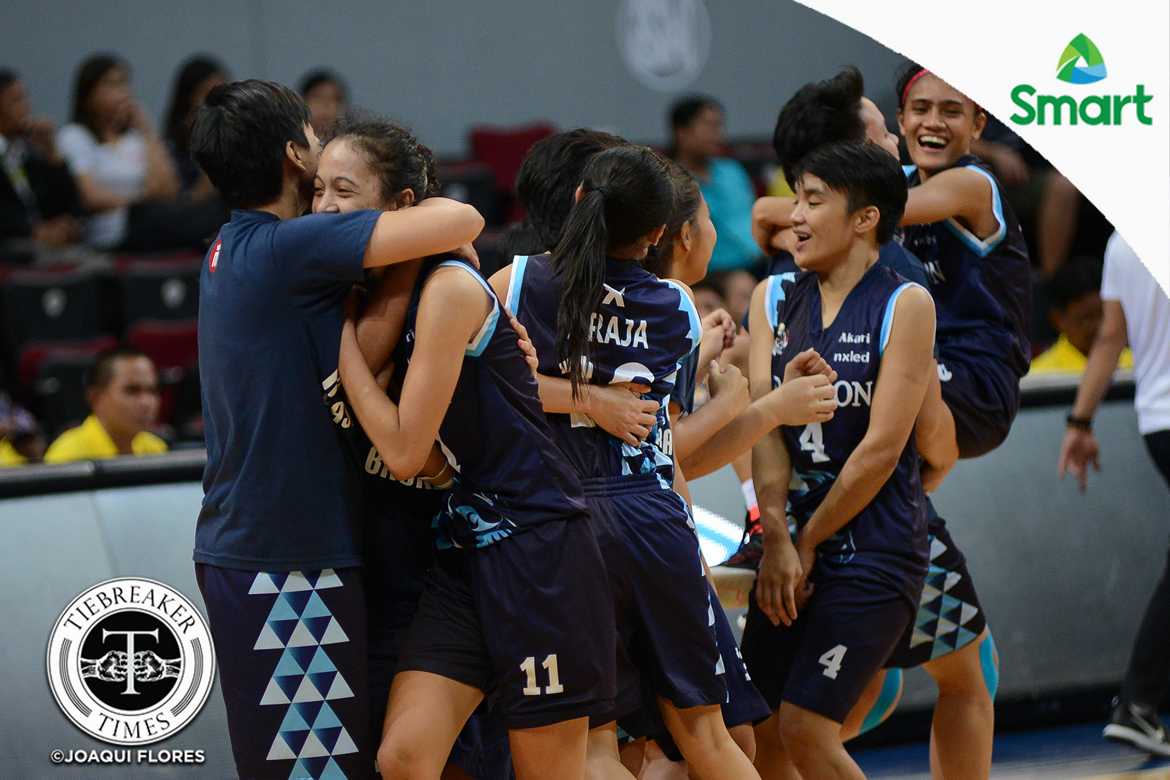 With vengeance in their minds, the Adamson Lady Falcons pushed the pedal.

After missing the Final Four for three straight seasons, the Adamson University Lady Falcons are back where they belong, blasting the University of Santo Tomas Growling Tigresses 73-58 to advance to the first stage of the stepladder, Wednesday afternoon at the SM Mall of Asia Arena in Pasay City.

After absorbing a 70-74 loss to the same team 14 days ago, sophomore Kaye Pingol vowed vengeance on their opponents. And she did so, leading the Lady Falcons with 17 points.

Together with Pingol, Adamson’s big three of Nathalia Prado and Jonalyn Lacson went on the aggressive right from the get go, building a 23-8 lead in the opening frame. The lead ballooned further to a game-high 26 points, 56-30, after a basket by Lacson with 2:03 left in the third frame.

Prado finished the game with a double-double with 15 points and 10 rebounds while Lacson added 12 points and nine boards.

As the lead continued to grow, the season-hosts played frantically, forcing themselves to errors. The Growling Tigresses had a whopping 40 turnovers in the game that led to 33 Adamson points.

Behind gunslingers Shanda Anies and Jhenn Angeles, the Growling Tigresses tried to mount one last stand. Back-to-back triples by Anies and another one by Angeles sliced the lead to 10 points, 56-66, with 1:41 left. However, an unsportmanlike foul called on Misaela Larosa and a drive-by by Pingol sealed Adamson’s Final Four spot.

Anies led UST with 14 points while Bettine Penaflor added 10 markers and eight boards. However, UST, due to their frustration, committed 29 fouls in the game that led to 34 free throw attempts for Adamson – making 22. In comparison, the Tigresses went just 8-of-19 from the stripe.

The Adamson Lady Falcons will face the third-seeded UE Lady Warriors on Saturday, November 26 at 12:00nn. The UST Growling Tigresses finish the season at fifth place.