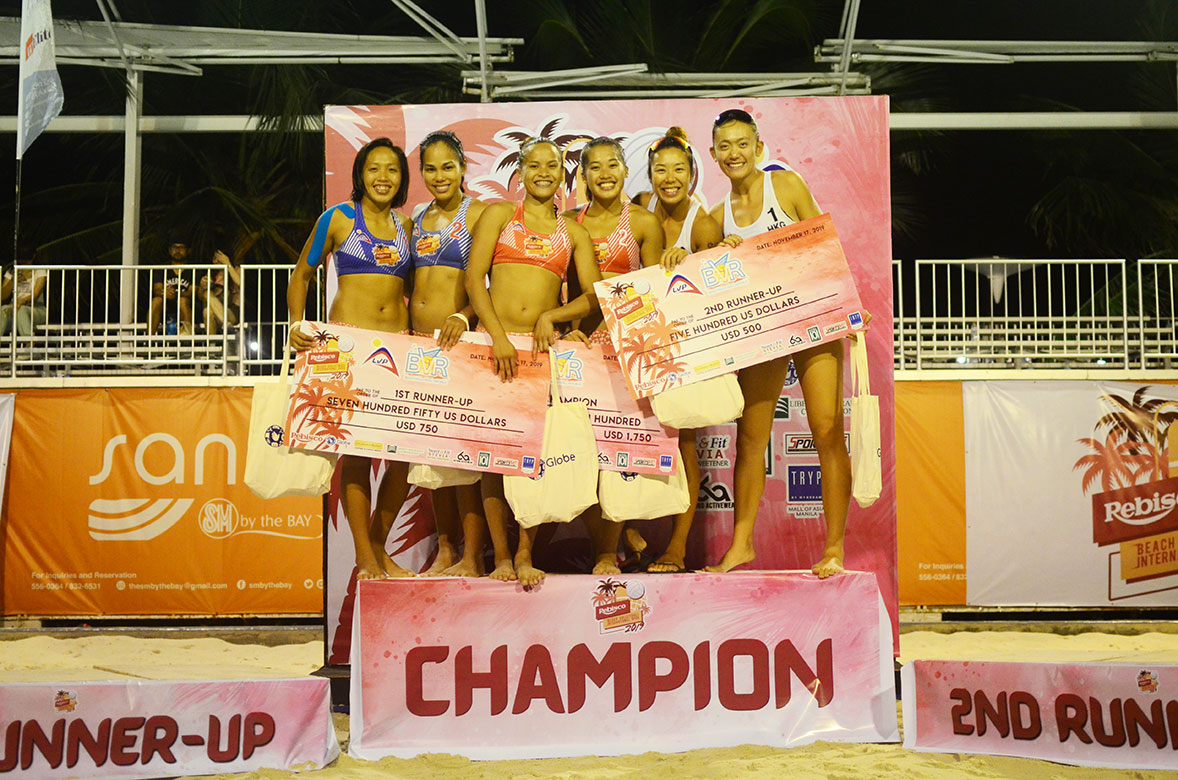 Cherry Rondina and Bernadeth Pons ruled the 2019 Rebisco Beach Volleyball International Open with a masterful 21-10, 21-16 win over Dij Rodriguez and Dzi Gervacio in an all-Philippines final before an appreciative crowd at the Sands SM By The Bay on Sunday night.

Undefeated in six matches, Rondina and Pons got a welcome confidence-booster as the country’s best medal bets in the women’s division in the 30th Southeast Asian Games to be held in Subic later this month.

Rodriguez and Gervacio, the Philippines’ second team in the biennial meet, gave their fancied rivals fits in the second set. Still, Rondina and Pons displayed tremendous composure to prevail in the championship match.

Efraim Dimaculangan and Rancel Varga, reunited for this tournament, scored a 21-12, 21-18 win over KR Guzman and Jaron Requinton to annex the men’s crown of the tournament presented by Larong Volleyball sa Pilipinas Inc., in cooperation with Beach Volleyball Republic.

Varga was all too happy to follow his success in the UAAP, where he emerged as season MVP and helped UST win the crown last month.

READ  With all eyes on her, Bernadeth Pons looks to settle down after Game One loss

A total of 20 teams, eight in women and 12 in men, participated in the competition supported by Rebisco, and backed by Liberty Insurance, Glorious Blend and Globe Telecom.