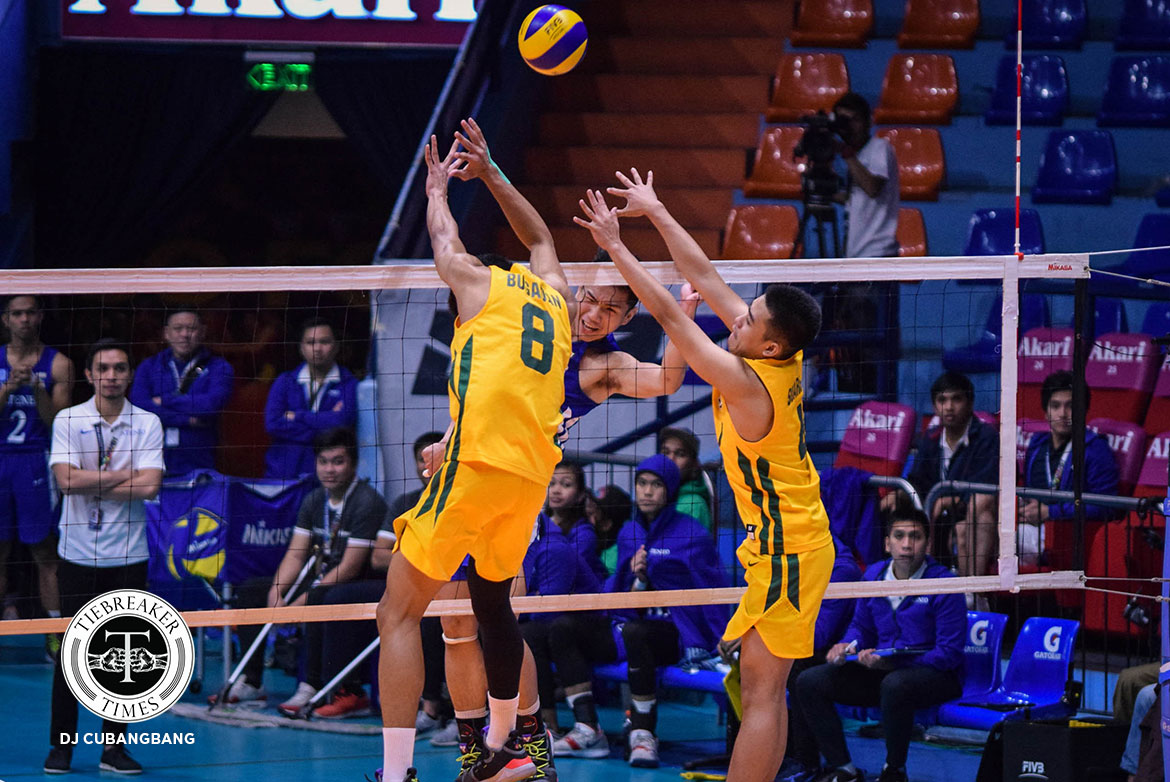 To start the UAAP Season 81 Men’s Volleyball tournament second round, the Ateneo de Manila University Blue Eagles made sure that there would be a Final Four. The Blue Eagles halted the Far Eastern University Tamaraws’ seven-game winning streak, 31-29, 22-25, 25-23, 26-24, at the FilOil Flying V Centre.

Each set was close, with Ateneo taking the opener thanks to clutch play from Ron Medalla and Janjan Rivera. FEU got a late boost from Ateneo errors that decided the second set, before FEU took their turn giving up crucial errors to close the third set.

Trailing 13-17, Ateneo recovered, as Medalla scorched FEU with three kills that gave the Blue Eagles a 21-19 lead. The Tamaraws still had a shot at dragging the match to a fifth set after a Medalla error pushed them up, 24-23. But Tony Koyfman struck huge back-to-back kills, setting up another FEU error that clinched Ateneo’s fifth win in eight tries.

“The players really wanted the win. They showed great focus and determination, especially in the fourth set. We’re in a situation where we need every win,” said first-year Ateneo head coach Timothy Sto Tomas.

From Benchwarmer to Top Goalscorer: Rupert Bana ages like fine wine for Ateneo