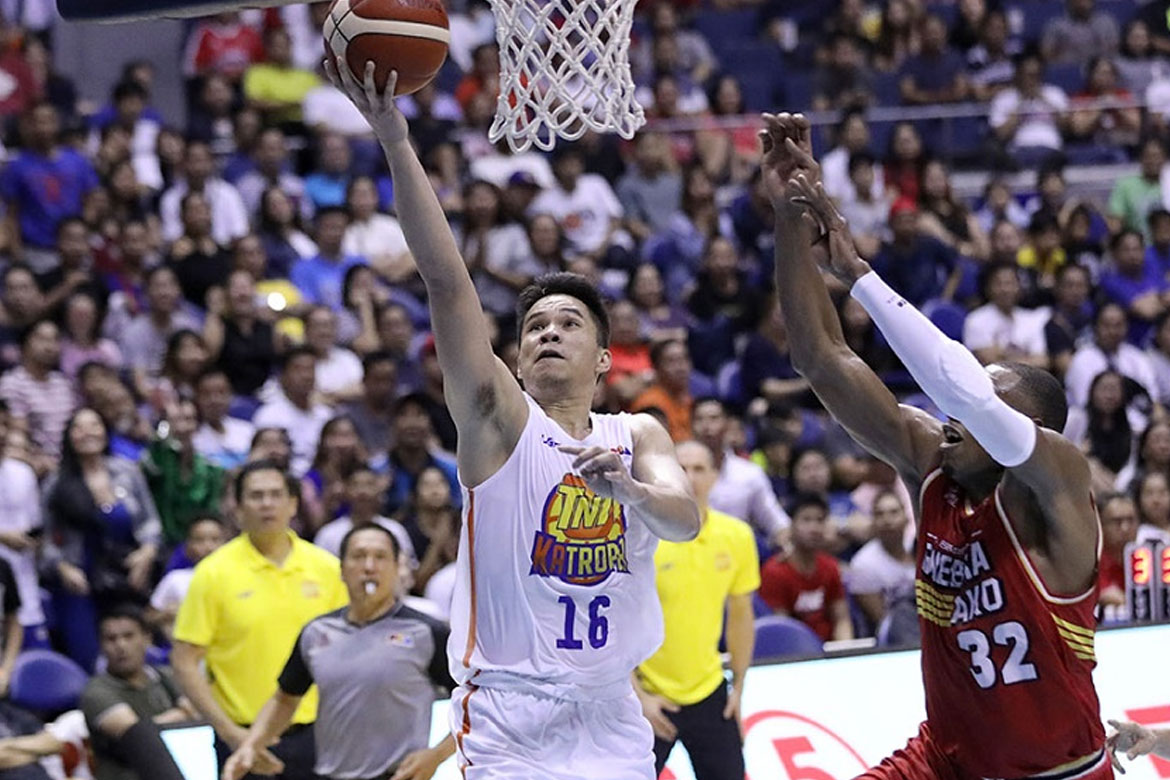 Roger Pogoy’s PBA career-high of 31 points last June 2, unfortunately, got shadowed by the emotionally-charged game between TNT and Phoenix, which included the near-fight between Terrence Jones and the enigmatic Calvin Abueva.

But 10 days later, the third-year guard finally became the story, when the KaTropa battled Barangay Ginebra.

Pogoy reset his career-high by unloading 38 points built on a whopping 10 three-pointers, becoming only the fourth local player in league history to hit 10 treys in a game. The others are Marcio Lassiter, Kenneth Duremdes, and Allan Caidic.

Ultimately, TNT won, 104-96, to gain a share of the leadership of the 2019 PBA Commissioner’s Cup standings.

But as glad as he is that his hard work has paid off nicely, Pogoy gave credit to their star import Terrence Jones.

The NBA veteran did not unleash 40 big points this time, but he notched a triple-double with 17 points, 14 rebounds, and 16 assists against just two turnovers. And most of his assists had the Cebuano cager as the recipient.

Terrence Jones shows he is more than just a scorer