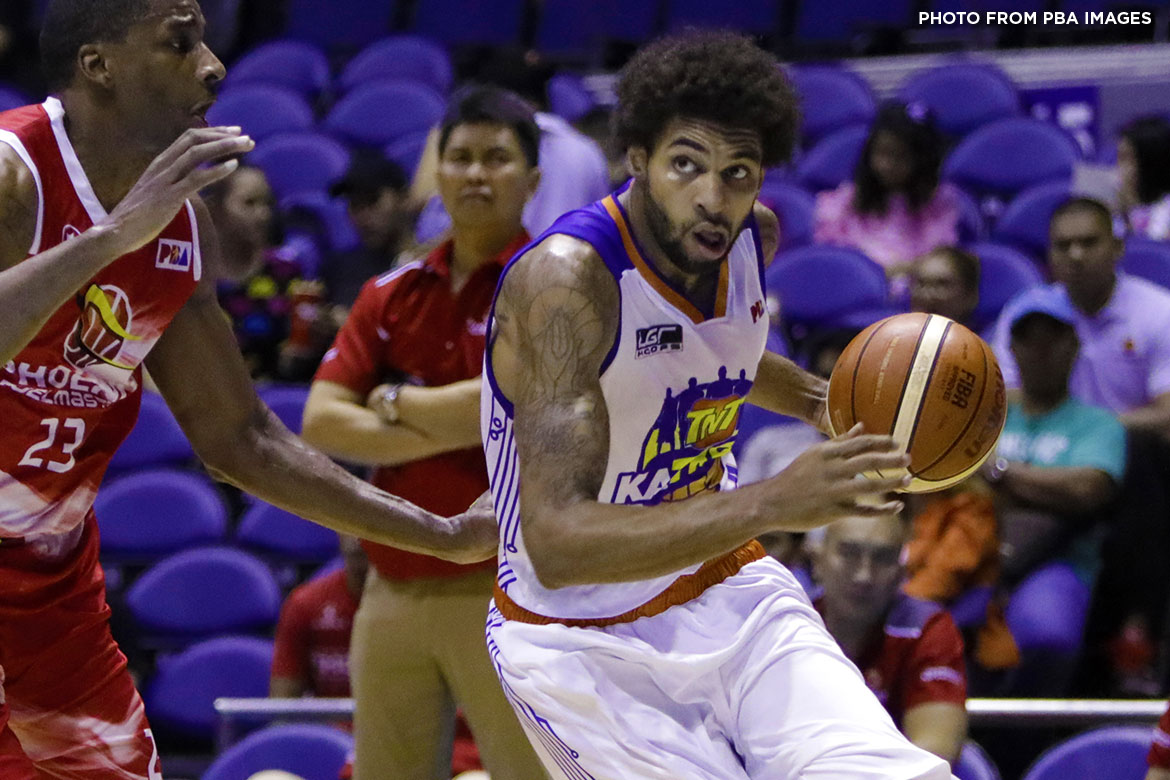 Glen Rice, Jr. made up for his lackluster debut last Sunday as he aided the TNT Katropa to a 110-103 victory over the slumping Phoenix Fuel Masters, Friday night at the SMART-Araneta Coliseum.

The Katropa, who were coming off a loss against the Rain or Shine Elasto Painters over the weekend, have now improved to 3-2. The Fuel Masters, on the other hand, have dropped their sixth straight game and now sport a 2-6 card.

The former Washington Wizard anchored the Texters with 38 points –12 in the opening frame and 20 in the third — on 58 percent shooting. He also filled up the stat sheet with nine rebounds, six assists, three steals, and three blocks.

“We went to this game with the hope na Glen playing a lot better than last game. Today he did. He really helped the team today,” lauded TNT head coach Nash Racela of his youthful reinforcement.

After Brandon Brown’s charities sent Phoenix to within two, 101-103, with 2:59 left to play, TNT then stepped on the gas, scoring nine straight points punctuated by the returning Jayson Castro’s freebies to post a 110-101 lead and seal the win.

“Going to the game, again, we knew we would play Roger. But [we’re] not really sure about Jayson,” admitted Racela of his Gilas cagers. “But when Jayson gave me a signal that OK daw siya, then we gambled on using him.”

Brown played stellar for the Fuel Masters once more, toppling everyone in the scoring charts with 49 points — scoring 15 each in the first and third periods. He also had 19 boards, five assists, five steals, and four blocks.

READ  Frustrated LA Tenorio surrenders: 'The top four is not in our control'

Joseph Eriobu had 12 points for Phoenix. Matthew Wright, similar to Gilas teammates Castro and Pogoy, returned to action and chipped in 11 markers on 4-of-17 shooting.

TNT shot 48 percent from the floor, but were marginally out-rebounded, 46-50. They also had 18 turnovers, which led to 27 points for Phoenix. However, the Katropa’s bench played better than their counterparts, 38-23.

Both squads will play again on Wednesday, August 30, at the Mall of Asia Arena. The Katropa will face the Blackwater Elite at 4:15 PM, while the Fuel Masters will battle Barangay Ginebra at 7:00 PM.