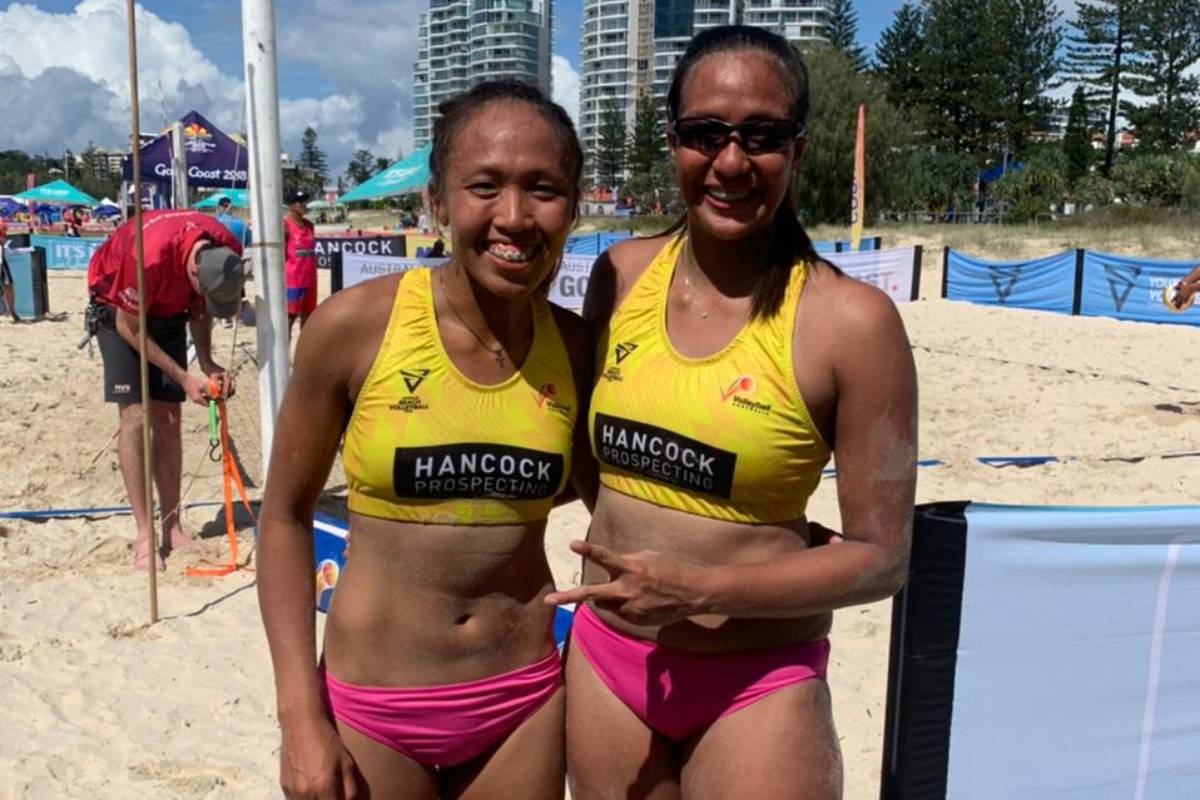 The Philippine beach volleyball teams’ road to Hanoi began with a flourish following a two-gold, one-silver, and two-bronze medal haul at the 2022 Australia Beach Volleyball Tour Championships that wrapped up Sunday at the Coolangatta Beach in Brisbane, Australia.

Sand court ace Jovelyn Gonzaga’s first partnership with Dij Rodriguez proved to be a fruitful one after their 18-21, 21-19, 15-13 conquest of local bets Alice Zeimann and Anna Donlan in the Women’s Challenger Division I final.

Gonzaga and Rodriguez went undefeated in five matches in the three-day tournament which is the top-tier domestic beach volleyball event on the Australian volleyball calendar.

Ranran Abdilla and Jaron Requinton also won the gold medal via a 22-20, 21-17 decision over Issa Batrane and Frederick Bialokoz in the Men’s Challenger Division I.

Abdilla and Requinton also posted a perfect 5-0 record in the tournament that’s part of the beach volleyball teams’ preparation for this May’s Vietnam 31st Southeast Asian Games undertaken by the Philippine National Volleyball Federation and supported by the Philippine Sports Commission, Rebisco, PLDT, Taguig City and the Philippine Olympic Committee.

Sisi Rondina and Bernadeth Pons bagged the silver after pulling of a gallant stand against Nikki Laird and Phoebe Bell, 18-21, 12-21, in the final of the Women’s Elite group.

Nene Bautista and Gen Eslapor, who liked Gonzaga and Rodriguez are paired for the first time, scored a 21-13, 21-19 victory over Saskia De Haan and Lisa-marie Moegle to clinch bronze in Women’s Challenger Division I.

Pemie Bagalay and James Buytrago also took a bronze in the Men’s Challenger Division I with a 21-17, 21-12 win over Thomas Heptinstall and Jed Walker.