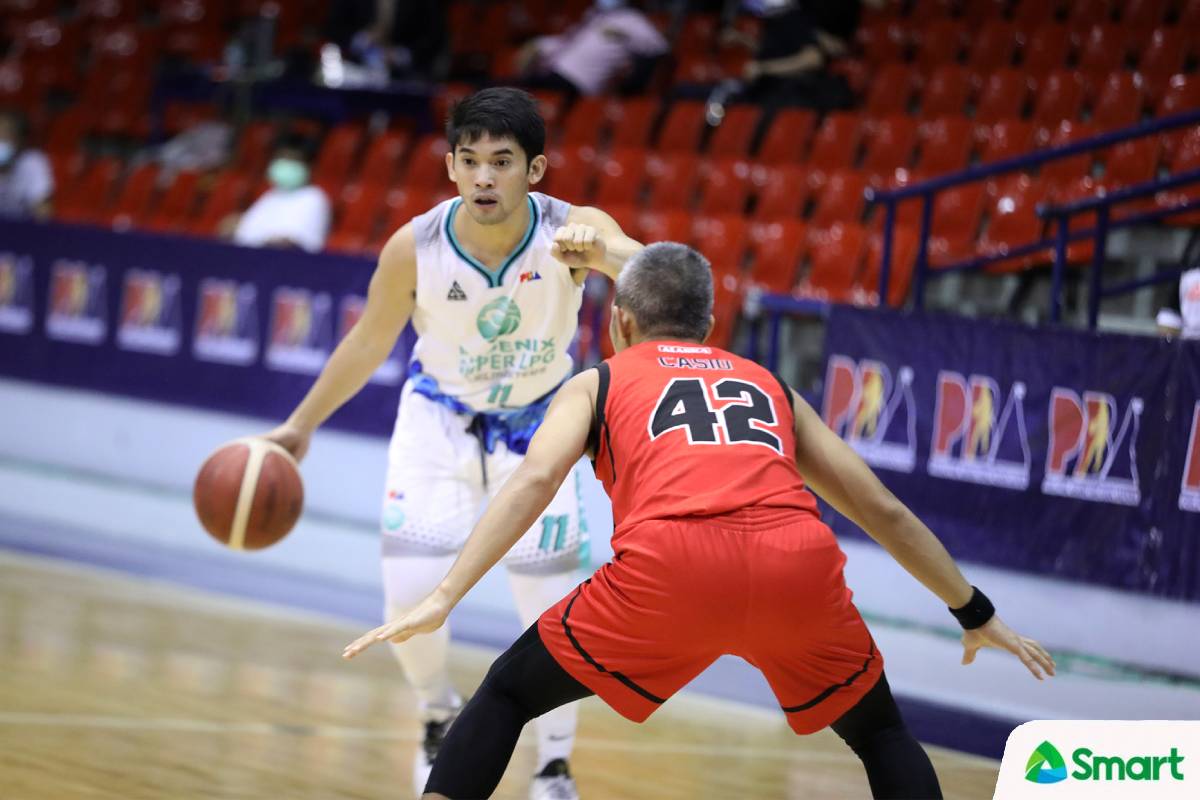 Rookie Aljun Melecio faced a test in just his third PBA game when Phoenix Super LPG encountered a late-game storm from Alaska in their 2021 Philippine Cup tussle, Saturday evening at the Ynares Sports Arena in Pasig.

Fortunately, he aced it.

The La Salle product calmly sank his free throws with 46.1 seconds left to play. That widened the Fuel Masters’ lead to nine; and helped keep the Aces at bay after their 23-point lead became single digits approaching the final minute.

Melecio couldn’t feel happier to have helped his side reign victorious. For him, the credit goes to the entire Fuel Masters for giving him the confidence in taking such shots down the stretch, with so much pressure building up.

That support has also allowed him to play his best game in the pros thus far. After scoring just a total of four points in their first two games, he finished this time with 13 points — including a pair of three-pointers — in 25 minutes.

“I’m glad na everyone’s giving me confidence in every shot I take,” said Melecio, who also had three assists and two rebounds.

“Without them, siguro down na confidence ko with the way I was shooting the whole game.“

It greatly helps, too, to have a coach like Topex Robinson, according to the spitfire point guard, who was one of Phoenix’s second round selections in last March’s Rookie Draft together with forward Nick Demusis.

Prior to their game, Robinson gave Melecio a book called The Coffee Bean. It’s a book written by Jon Gordon and David West about how to create positive change.

After reading it, Melecio’s perspective on pressure and responsibility changed.

Robinson also previously said in Tiebreaker Vodcasts’ Coaches Unfiltered that he’s excited to have Melecio on board. He admitted that he’s been a fan of the one-time UAAP gold medalist since his high school days.

“Right after he drafted me, he called me right away and told me na the reason why he got me is because wala ako konsensya tumira. So I just have to be myself all the time,” added Melecio, who turns 23 on Sunday, July 25.

“No need to fake kung paano ako maglaro. I am thankful for Coach Topex.”