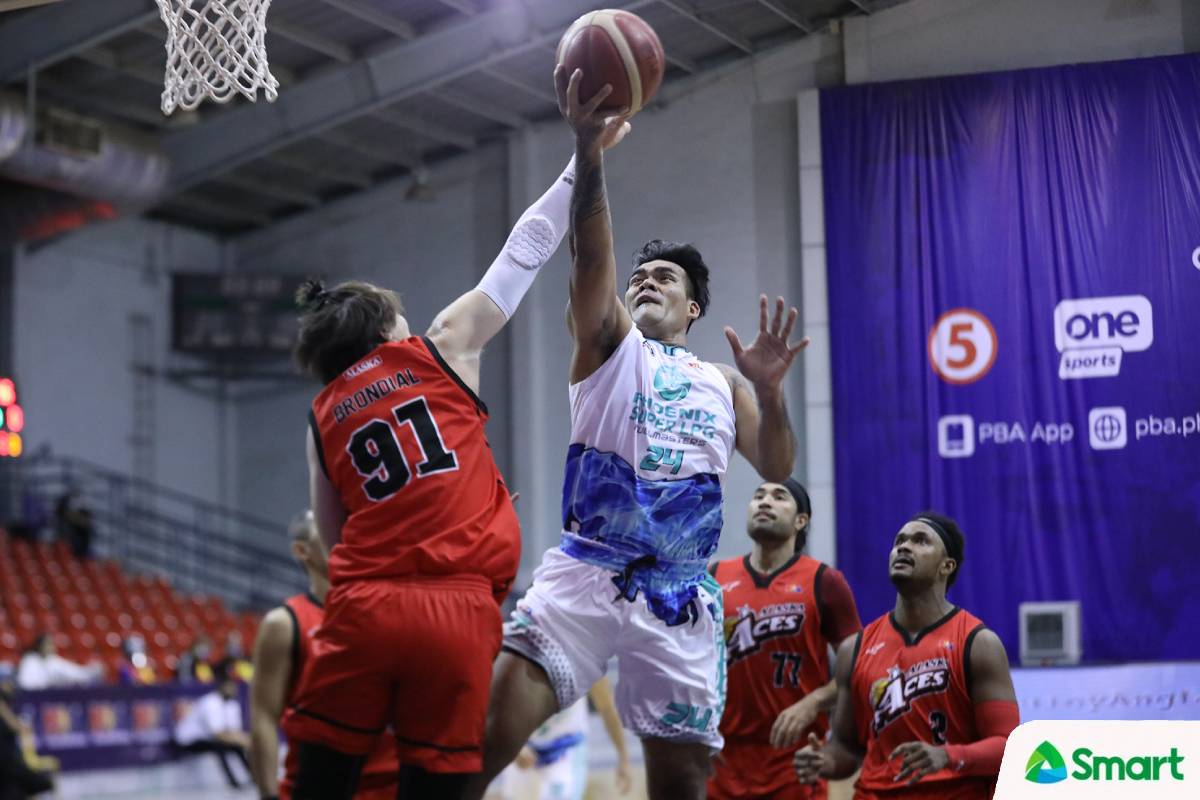 Vic Manuel proved to be a thorn in the side of his old team as Phoenix Super LPG withstood Alaska, 101-93, for their breakthrough win in the 2021 PBA Philippine Cup, Saturday evening at the Ynares Sports Arena in Pasig.

Vic Manuel proved to be a thorn in the side of his old team as Phoenix Super LPG withstood Alaska, 101-93, for their breakthrough win in the 2021 PBA Philippine Cup, Saturday evening at the Ynares Sports Arena in Pasig.

The 34-year-old finished with a game-high 26 points, including 15 of the Fuel Masters’ 35 points in the second quarter that saw them seize control of the match before weathering a furious late-game rally by the opposition.

The Aces fought back from as much as 23 and came within striking distance inside the final minutes, but Manuel was there along with Aljun Melecio and RJ Jazul to keep their foes at bay by sinking the much-needed buckets.

Manuel shot 52-percent from the floor — including 2-of-2 deep — and also collected 12 rebounds and two assists in nearly 28 minutes of play.

“That was a total team effort. The coaches did a good job preparing for the game. And ‘yun na nga, players really competed and ground it out with Alaska,” lauded head coach Topex Robinson as his side improved to 1-2.

Phoenix earned the victory even without main man Matthew Wright, who sprained his ankle in practice, according to Robinson.

“Matt had an injury yesterday, during practice. We don’t want to gamble on him. He’s not really 100 percent, and that’s why we just decided not to play Matt just to prepare him for our game on Wednesday,” he said.

Still, there were those who took the opportunity to step up aside from Manuel. Jazul contributed 19 points, rookie Melecio chimed in 13 spiked by a pair of triples, and Jason Perkins supplied 12 markers and eight boards.

Veteran big man Jake Pascual made his presence felt in the win as well, adding 10 points that saw go 2-of-3 from beyond the arc.

The Aces were down 10 with 1:11 left to play, until Mike DiGregorio, Maverick Ahanmisi, and Abu Tratter willed their side and cut it to six. But Jazul sank his freebies with 13 ticks left to ice the game and settle the final count.

Tratter finished with 16 points and 10 rebounds, while Robbie Herndon made 13 markers for the Milkmen, who were coming off a last-second 84-82 defeat versus Ian Sangalang and Magnolia last Wednesday.