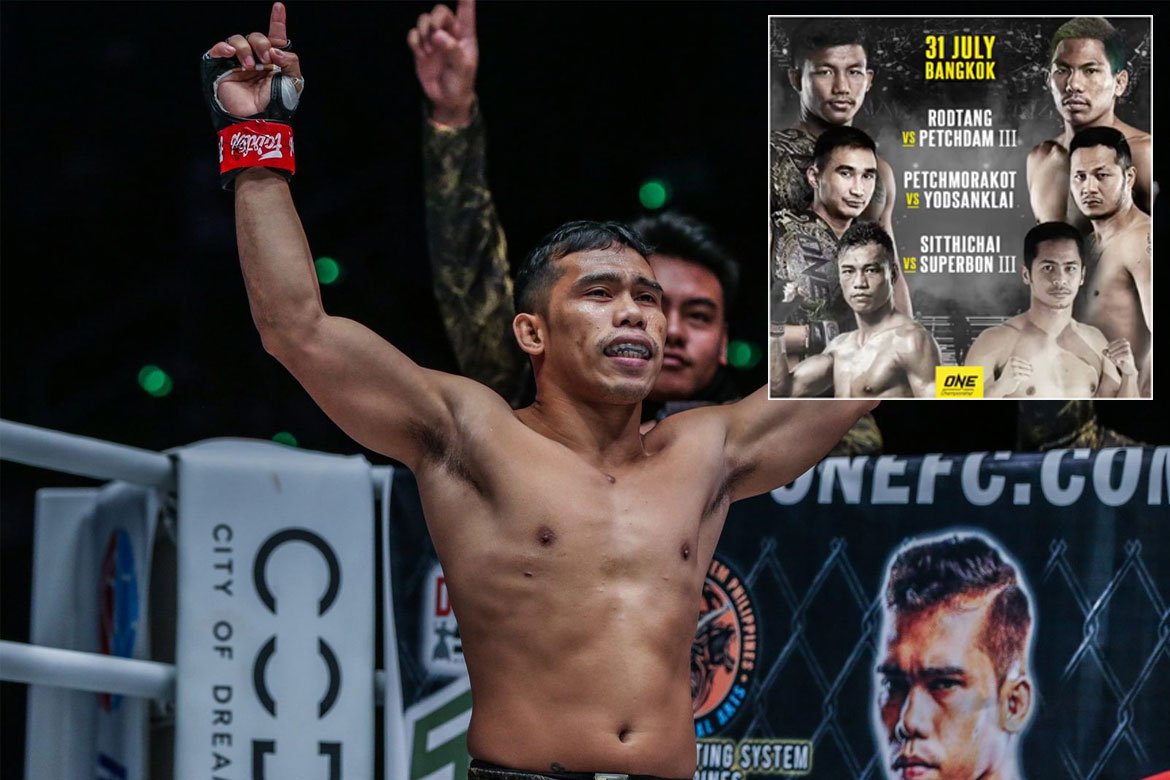 Robin “The Ilonggo” Catalan is just one of the many people delighted to find out about ONE Championship’s return to action.

The Home Of Martial Arts is set to resume its live events, albeit still behind closed doors, with ONE: No Surrender on Friday, July 31, in Bangkok, Thailand.

As one of the best Muay Thai practitioners in the Philippines, Catalan feels elated to hear about the headliners.

“I am really excited about it. I’m pumped up that ONE is back to live to program and we have great matches,” Catalan said.

Asked about which match-up excites him the most, “The Ilonggo” was quick to respond.

“The clash between Rodtang and Petchdam,” he said. “The two faced each other before and Petchdam actually scored a win over Rodtang.

“With him being the champion here, I am sure he will do everything to defend [the belt].”

The pair of Thai stars first met in 2017 at Rajadamnern Stadium, where Rodtang lost via decision. But just under a year later, “The Iron Man” redeemed himself with a decision win over Petchdam.

Catalan believes the Jitmuangnon Gym stand-out has improved by leaps and bounds over the years, and that he will be too much to handle for “The Baby Shark” in their trilogy.

“I think Rodtang’s aggressiveness will be the key in this match. From their first battle, I believe Rodtang has improved quite tremendously.”

He also gave his take on the ONE World Title match between Petchmorakot and Yodsanklai.

#ReadMore  Zamboangas sweep as Denice thrashes opponent at ONE: A New Breed

While he favored the World Champion in the other clash, Catalan is putting his money on the challenger this time, believing “The Boxing Computer” can wear down his fellow Thai in this Super Series showdown.

“I think Yodsanklai is at an advantage,” Catalan said.

“I think he’s the stronger athlete. I think I’ll give him a bit of an edge over the champion, but we also cannot discount Petchmorakot because he’s a World Champion for a reason. All in all, I just can’t wait for this evening.”

ONE Championship is back to live action with ONE: NO SURRENDER set for Friday, 31 July, in Bangkok, Thailand. Catch the event live and for free by downloading the ONE Super App.

In this article:Catalan Fighting Systems, ONE: No Surrender, Robin Catalan