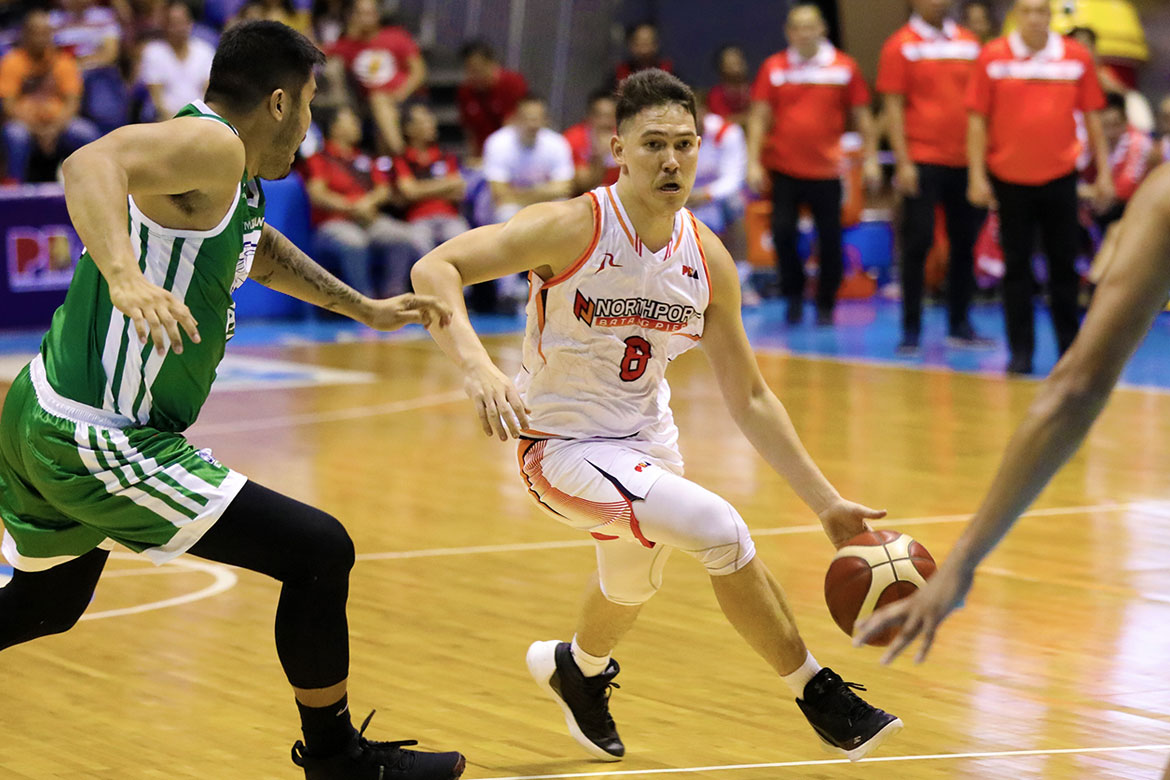 If Robert Bolick had his way, he really would’ve wanted a clear lay-up to go in to win the game for NorthPort.

With the final seconds of the Batang Pier’s 2019 PBA Commissioner’s Cup match versus the Columbian Dyip Wednesday winding down and with the game tied at 108, Bolick drove hard to the rim, but his lay-up missed.

But luck was on NorthPort’s side. After reviews by referees, they counted Bolick’s shot in after calling a goaltending violation on Lester Prosper, as replays showed that his hand touched the rim while trying to block Bolick.

The Batang Pier would go on to win, 110-108, to bounce back from their loss to Phoenix Pulse seven nights ago.

Bolick, obviously, is taking it, as it led to a victory — a victory that had given NorthPort their eighth win this conference. And that means that the twice-to-beat advantage for the playoffs is now within reach of the Batang Pier.

Bolick expressed that they would want to bag such incentive. But they would not want to get ahead of themselves.

Nico Elorde heeds Pringle’s advice to be aggressive in return