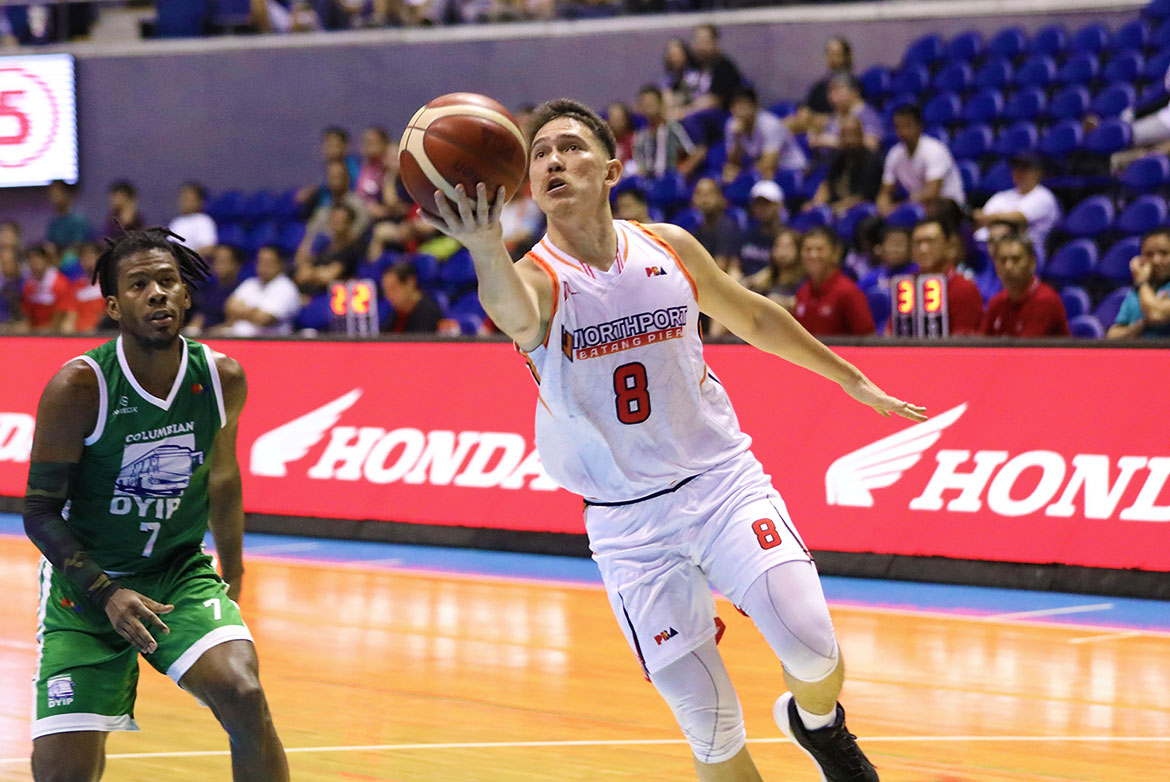 Lady Luck was on the side of NorthPort as Columbian Dyip’s costly violation down the stretch helped the Batang Pier win, 110-108, in the 2019 PBA Commissioner’s Cup, Wednesday evening at SMART Araneta Coliseum.

Robert Bolick missed his lay-up with 2.8 seconds left to play, but replays showed Dyip import Lester Prosper touched the rim. It was then ruled a goaltending violation, giving NorthPort the two-point lead and eventually the win.

“Breaks of the game,” said NorthPort head coach Pido Jarencio in the win that hiked the Batang Pier’s win-loss record to 8-2, which lifted them nearer to clinching a twice-to-beat advantage in the playoffs. “But a win is a win.”

Nico Elorde had 14 points, seven boards, six dimes, and three steals in his return to NorthPort from a hamstring injury.

The Batang Pier managed to win without Sean Anthony. He sat out the game reportedly due to a swollen ankle.

Prosper had 36 points and 17 rebounds to lead Columbian, who is coming off a huge 134-132 win over the San Miguel Beermen just this Sunday. The Dyip have fallen to 2-7 after the defeat, making their playoff chances much slimmer.

CJ Perez had 29 points on a 64-percent shooting clip, 12 rebounds, six assists, a steal, and a block in the loss. Rashawn McCarthy had a double-double outing as well with 16 points and 10 rebounds, with four assists and two steals.

Northport will have an eight-day break before facing Meralco on Friday, July 12 at the Cuneta Astrodome. Columbian, on the other hand, fights for its dear life on Saturday against Phoenix.