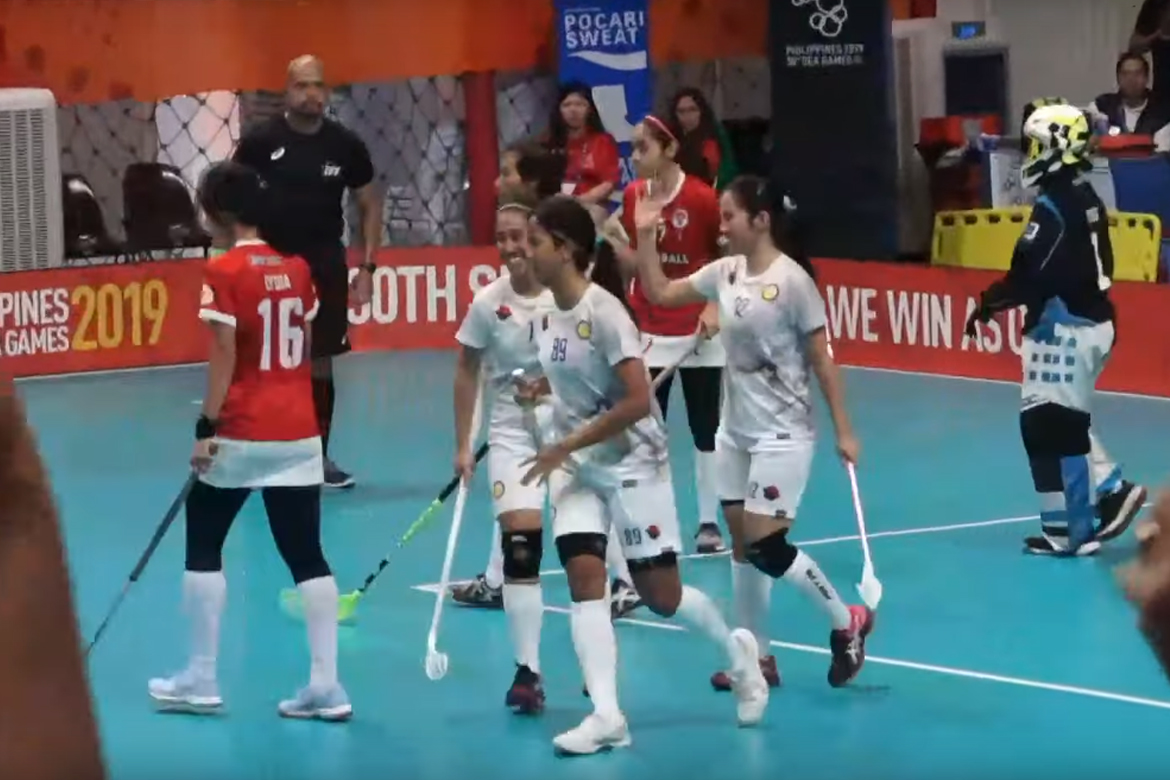 Floorball became the early source of pride of the Philippines as the national women’s team tallied the first victory for the host nation with an 8-1 win over Indonesia in the 30th Southeast Asian Games on Monday.

The floorball events of the regional meet kicked off at the UP College of Human Kinetics Gym in Diliman, Quezon City, with the Filipinas earning the win for the country in a lopsided match.

Forward Jade Rivera delivered five goals, including three hits in the first period, which made it a 5-1 spread in the first 20 minutes.

“We didn’t expect to win this big. We only prepared as a team for one week, but I guess everyone wanted to win as one, just like the motto of the SEA Games,” Rivera said.

In a highly-physical match, the Philippines’ Michelle Jennifer Lindahl drew first blood with her goal at the 2:45 mark. Yosi Nurmalida Pramatiara of Indonesia answered back with her side’s lone goal to even the score.

Rivera then led an onslaught that hiked the cushion to a four-point lead after the first period. From there, the Indonesians were punished as Rivera, along with Michelle Cruzado, applied pressure in the next two frames for a swift end.

Filipina goalies Michelle Simpson and Pia Tolentino delighted the crowd when they saved eight attempts — all vital, as the hosts clamped down on defense to negate any chances from the opponents.

“I think we had a good start. We know the Indonesians are really good and fast,” said coach Noel Johansson. “We have worked on our defense very much. Our defenders had a fantastic job.”

Johansson said they must beat powerhouse teams Singapore and Thailand, which they will face on Tuesday at 1 p.m., to earn a shot for the gold medal.

#ReadMore  Schrock not losing hope with Azkals' chances: 'We will get the next game'

“If we can beat Thailand and Singapore, then we can have a good chance of winning the gold,” he said. 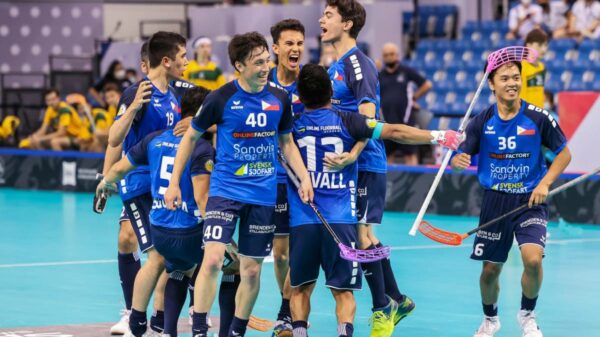 The Philippine men’s national floorball team finished in second place in the 2022 Men’s Floorball World Championship Qualification Tournament to advance into the main...