With the Philippines’ gold medal bid hanging in the balance, Bryan Bagunas could not let the 6,700 fans inside the PhilSports Arena go home with their heads down.

And with that, the former National University star mustered all his strength, putting on a performance of a lifetime that carved his name in the annals of Philippine volleyball.

Possessing at least three match points in what could have been a game-clinching set, the Thais tried everything they could to stop Bagunas. It all went for naught, though.

The Oita Miyoshi import spearheaded a crucial surge to score the equalizer and force the defending champions to the edge.

Through the 1-2 punch of Marck Espejo and Kim Malabunga, the Filipino spikers were able to lock the scores at 15-all and force an extension. 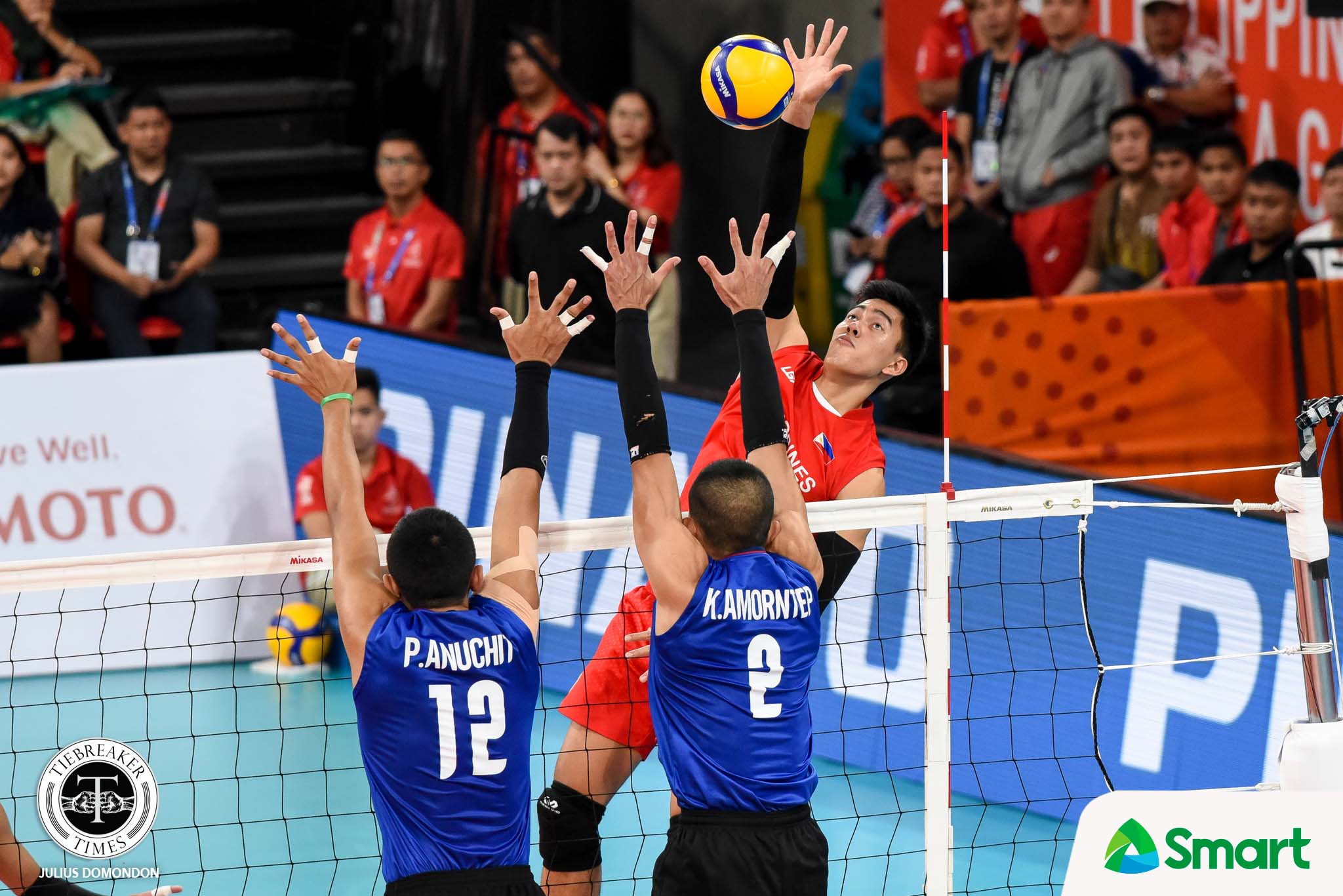 Thailand’s Amorntep Konhan rose for a powerful attack to lift the ailing team, but the 22-year-old Bagunas just wouldn’t quit. He rose even higher for an emphatic block which eventually put the home team at match-point.

Needing another point to dethrone the kings of Southeast Asian volleyball, Bagunas — while carrying the hope of every Filipino inside the 29-year-old arena — flew to the highest of his ability. And he delivered the lethal blow which struck a dagger right into the heart of Thailand’s five-peat aspirations.

When the dust settled, the hard-hitting son of Balayan, Batangas wounded up with 27 points – his best scoring output yet in the biennial meet – founded on 23 attacks, two aces, two kill blocks laced with a career-defining victory that will forever live in our country’s lore.

But the fight isn’t over yet for the men’s team. They will now face the same Indonesian squad that swept them in the group stage in the gold medal match on Tuesday.

Whatever the result, though, Bagunas and the rest of the Philippine team have achieved two of their three main goals after that heart-stopping of a victory against the Thais.

They have won the hearts of every Filipino volleyball fan, and lifted the state of men’s volleyball in the country.

Roosevelt Adams believes he and Perez will run roughshod over PBA

Khate Castillo steps up when Gilas Women needed her the most