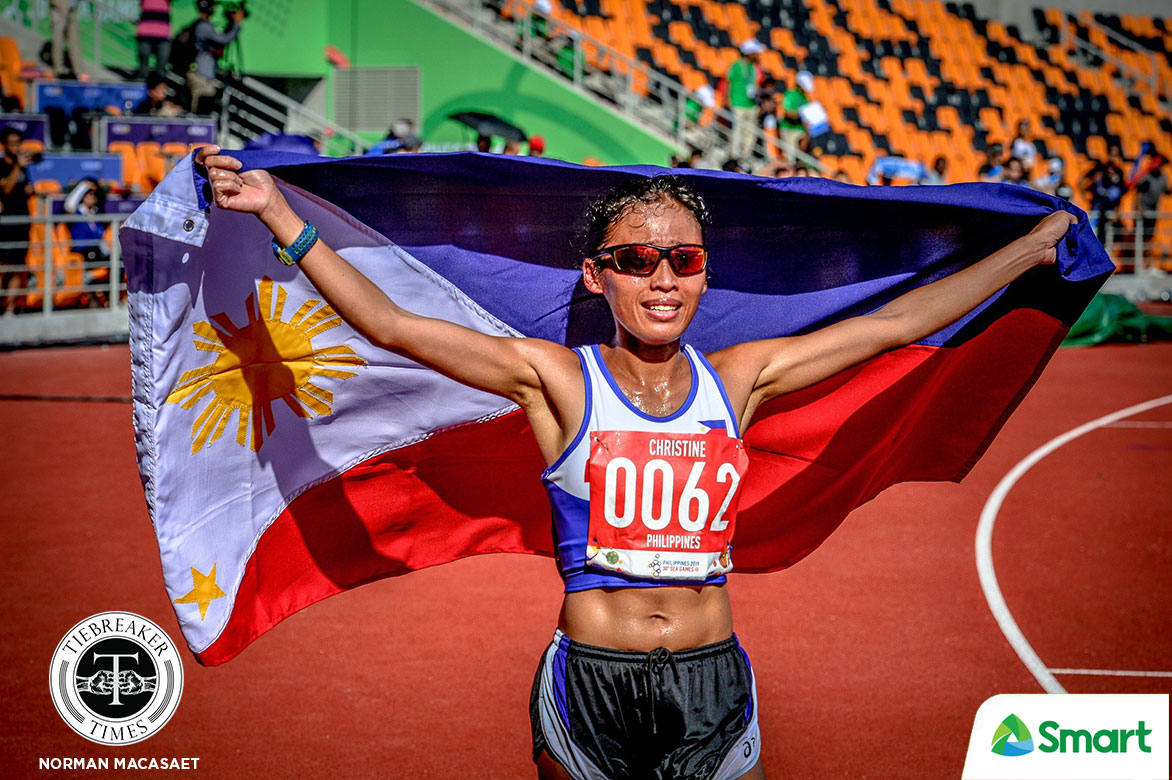 CAPAS, TARLAC — The Philippines had a 1-2 finish in the 2019 Southeast Asian Games women’s marathon, Friday at the NCC Athletics Center.

However, it was not the finish that people expected.

The enlisted Air Force personnel clocked in at two hours, 56 minutes, and 56 seconds. And she needed to dig deep in the last 12km to win the crown.

Indonesia’s Odekta Naibaho was on pace for a podium finish but crumbled as they entered the stadium due to heat exhaustion. She did not finish the race.

For her part, Tabal clocked in at 2:58:49 but dropped to exhaustion as well when she crossed the finish line.

“I was heat exhausted po. I was cramping all over po. It happened during the last seven kilometers,” she said.

2017 silver medalist Agust Prayogo of Indonesia won gold with a time of 2:26:48 while Thailand’s Sanchai Mankhet and Malaysia’s Muhaizar Mohamad completed the podium.