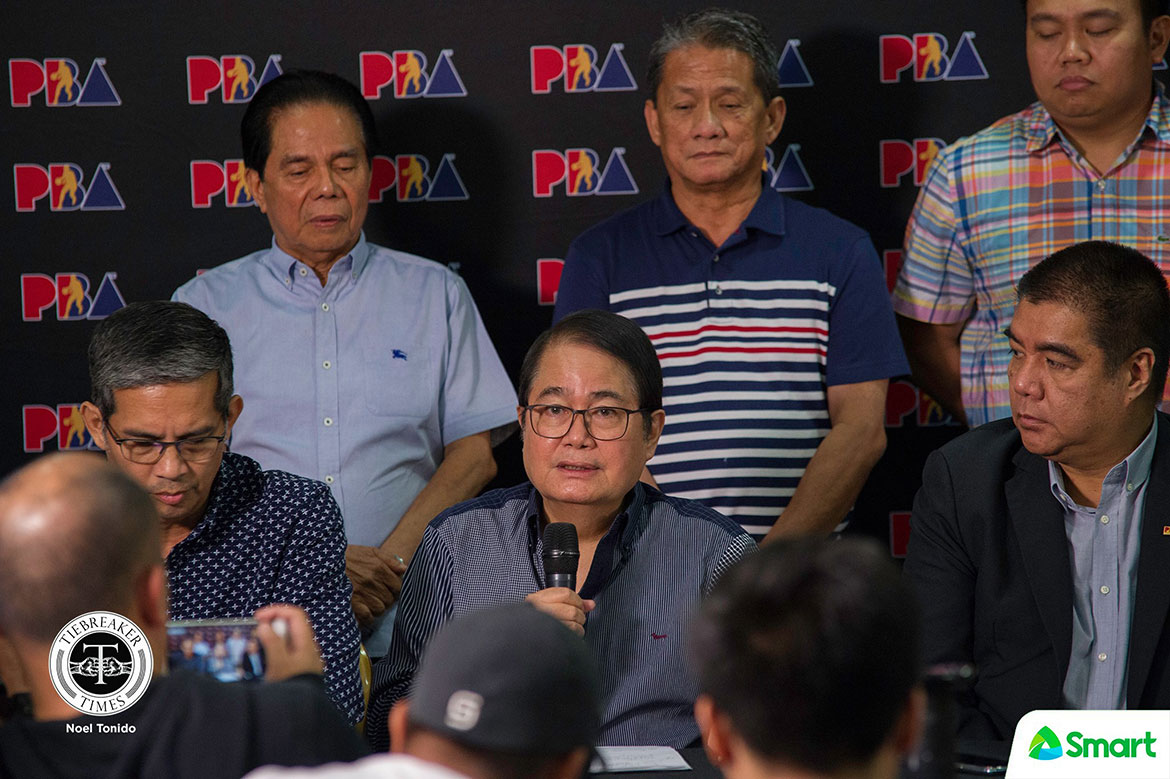 Ricky Vargas’ brand of leadership the last two years brought stability to the PBA Board that he was elected to a third consecutive term as chairman for the league’s 45th season.

After earning the confidence anew of the entire Board during its annual planning session last January, Vargas, representing the TNT Katropa, became the first to serve as chairman for three straight terms since Moro Lorenzo Sr. of Pepsi from 1991 to 1993.

Vargas earned the respect of his peers with his cool and calm demeanor but strong-minded will that helped the Board work as a collective unit again and traversed the league into better times.

The tremendous work done by the TNT Katropa executive earned him the unanimous choice as the Danny Floro Executive of the Year by the PBA Press Corps.

Vargas, the former Philippine Olympic Committee (POC) president, was supposed to be feted with the award last March 16 at the Novotel Manila in Araneta Center, but the event presented by Cignal was indefinitely postponed for a later date following the outbreak of the coronavirus pandemic.

This is the second time Vargas will be honored with the award named after the late affable team owner Danny Floro of the fabled Crispa Redmanizers.

Vargas, who’s also doing a wonderful job as chief of the Association of Boxing Alliances in the Philippines (ABAP), first won the award handed out by the men and women regularly covering the PBA beat during the 2006-07 season.

Elmer Yanga, the amiable team manager of the RFM franchise in the 90s, was the first recipient of the award, winning the honor during its first three years from 1993 to 1995.

SMC sports director Alfrancis Chua was the last to be conferred with the title in 2018.