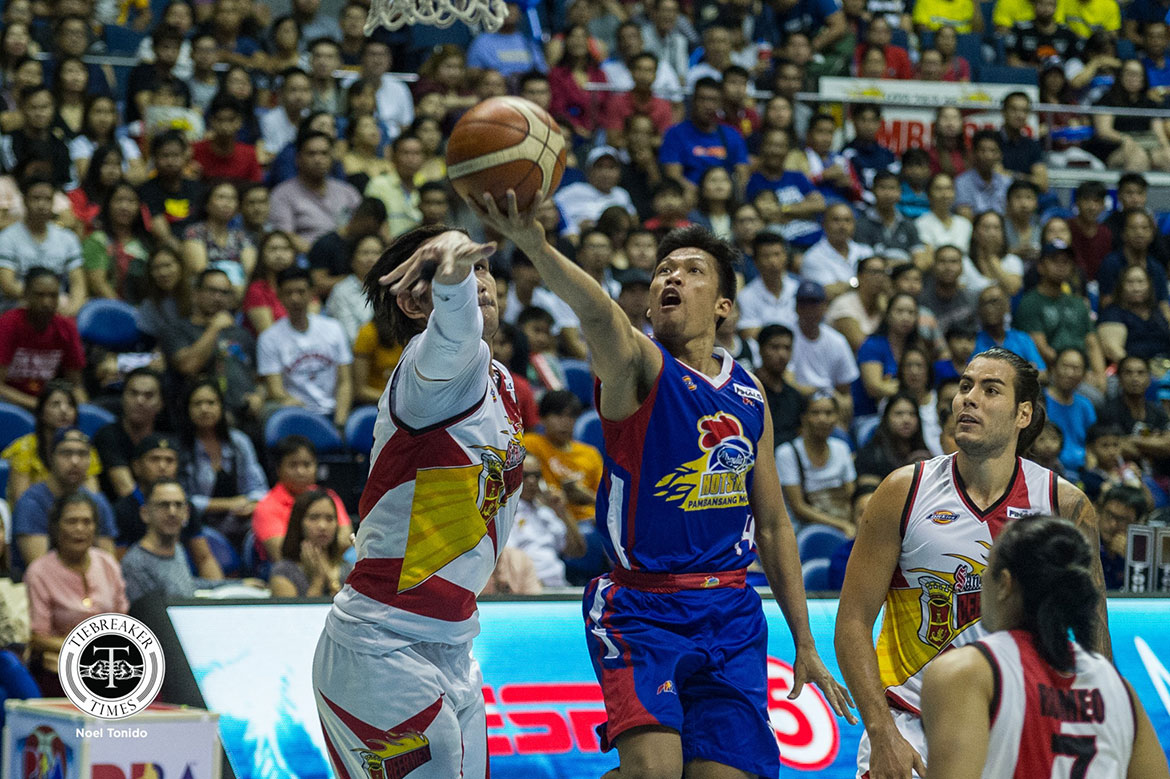 There were no heroic deeds from Mark Barroca in Game Six.

After saving Magnolia in Game Five, when he buried a game-winner to give the Hotshots a 3-2 lead in the 2019 PBA Philippine Cup Finals, the veteran guard could not get his flow going on Sunday.

Barroca’s buzzer-beater capped off his 22-point performance last time. In Game Six, though, he only had six points on a paltry 3-of-10 shooting from the field, no thanks to San Miguel’s defense on him.

With him silenced, the Beermen defeated the Hotshots, 86-98.

But beyond his personal struggle, Barroca was more concerned with how his side lost. He lamented their failure to set the tone in the first half that led to the stinging defeat.

San Miguel were already in command of the match approaching the midway mark of the second frame. They had posted a 37-16 lead, as Chris Ross went unconscious from beyond the arc.

Ross went 5-for-5 from three in the first half alone. He went on to finish the match with 17 points on a 66-percent shooting clip, along with six assists, five rebounds, and three steals.

The series now heads to a Game Seven on Wednesday.

For that, the Grand Slam winner hopes that the Hotshots will be able to have a good start, so they have a good chance of upsetting SMB.

A Magnolia win would mean plenty, as they will be ending San Miguel’s four-year reign. They would also be ending their All-Filipino title drought that has been going on since 2014.

No pressure for Magnolia in Game 7, says Paul Lee