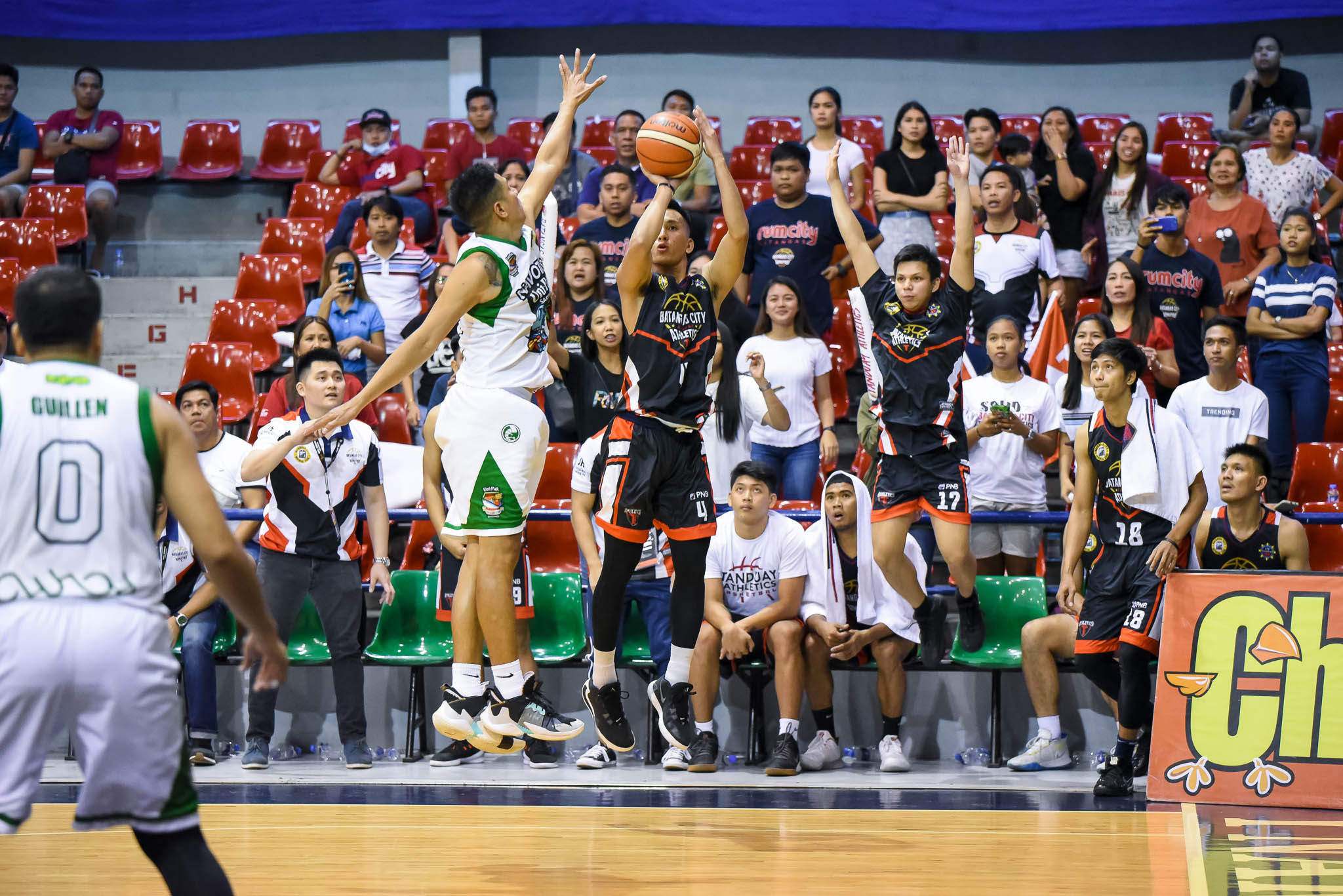 Rey Suerte was a man on a mission heading into Batangas City-Tanduay’s match-up against Navotas-Unipak Sardines in the 2019-20 Chooks-to-Go/MPBL Lakan Season, Thursday night.

Dedicating the game to the people of Batangas who suffered from the wrath of Taal Volcano, the Gilas Pilipinas pool member was dead-set on getting that win.

However, by the end of three quarters, Suerte only had six points to his name on a disappointing 2-of-11 shooting from the field.

Making things worse, the Athletics were nowhere close to securing that victory. Instead, they found themselves trailing the also-ran Navotas, 51-58, entering the final frame.

After sitting out the first five minutes of the fourth quarter, Suerte knew that he had to take a different approach. And so when Batangas head coach Woody Co called his number in the final 5:03 mark, the 6-foot-3 Cebuano came to his senses and grabbed the game by the throat.

“Sa akin, kumpyansa na lang. Depende na kung ma-shoot or hindi, basta titira ko talaga,” shared the 23-year-old on what he told himself before coming back to the game.

While carrying the hope of every Batangueño on his back, the 6-foot-3 swingman went unconscious in the final stretch. He then swished a corner three, before draining two free throws which put the Athletics up by three, 69-66, with 1:39 left in the game.

And when Navotas came knocking within a point, the former two-time CESAFI MVP converted another trey to completely seal the victory for Batangas, 72-68, with 16 seconds to spare.

The win pushed the Athletics to a 16-11 standing, tied with Iloilo and Zamboanga in the fifth spot of the South Division. But more importantly, it gave the city of Batangas something worth celebrating.

Besides this, another tragedy struck the team last November, as team owner Bong Tan passed away. Athletics head coach Woody Co now always tells his players that they are playing for something bigger than themselves.

“To end 2019, we lost our mentor Boss Bong then to start 2020, Batangas has been terribly hit by Taal. We carry a lot of weight on our shoulders every time we step on the court,” admitted the youthful tactician.

“That is our motivation as we make our last push for the playoffs and, hopefully, win the championship.”

In other games, Mark Cruz steered Pampanga to the fourth spot in the MPBL North with a 90-70 rout of Navotas; meanwhile, Jhonard Clarito gave San Juan win no. 24 after a 70-67 escape of Iloilo.