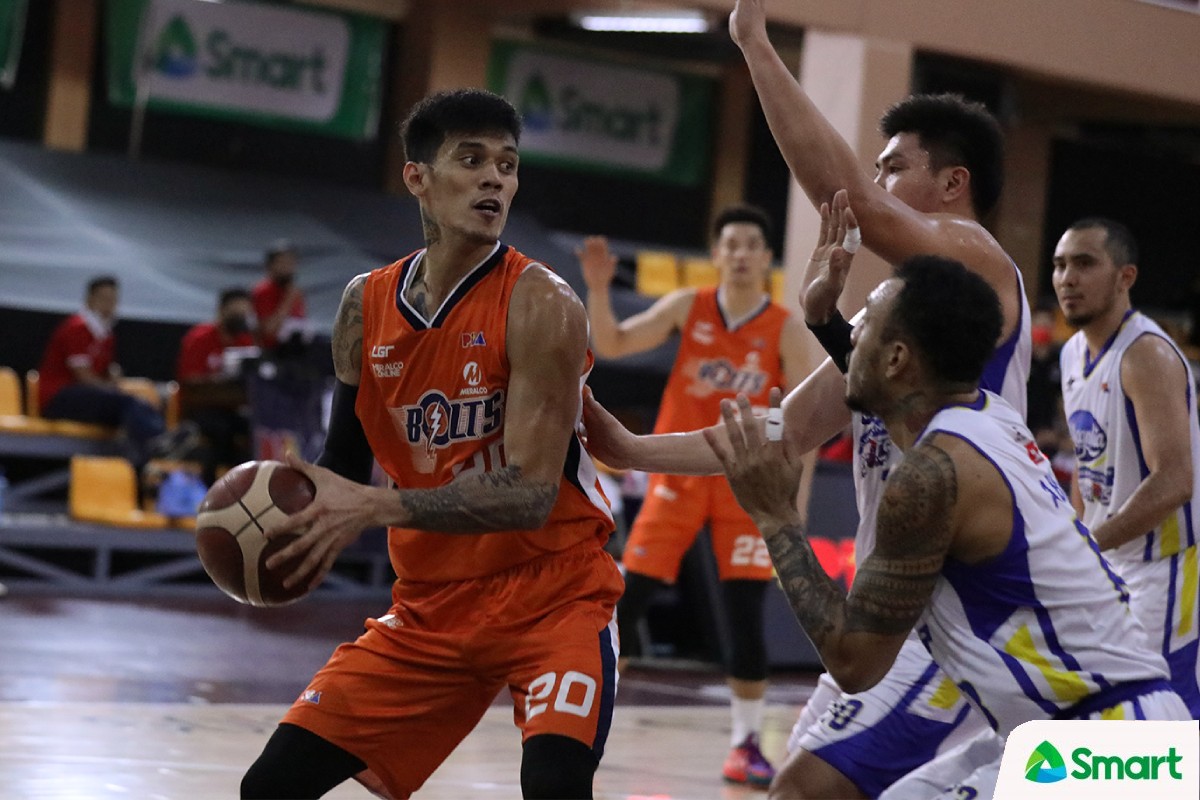 Meralco head coach Norman Black was all praises for the ‘big lift’ provided by Raymond Almazan in their all-important duel with Magnolia in Game Five of the 2021 PBA Philippine Cup semifinals, Wednesday evening.

The returning slotman collected a team-high 10 rebounds and nine rebounds in over 31 minutes of play. And he helped the Bolts earn the thrilling 102-98 victory to remain alive in the conference for at least one more game.

“It’s a big lift for us to have him back,” said the decorated mentor moments after the match at the DHVSU Gym in Bacolor, Pampanga.

It was actually the 32-year-old’s first game back since Game Two, where he went down after a bad landing early in the third quarter.

He missed the next two games due to his condition. And Black didn’t hide that his absence hurt the Bolts badly – they dropped both games and fell down to a 1-3 series deficit.

“When he went down with an injury early in the series, it really hurt us a great deal,” he said.

Well, the team couldn’t be at fault for feeling that way. The eight-year pro has been instrumental in their run this conference. They finished the eliminations at no. 2, which eventually led to their second all-Filipino semis trip,

“Raymond is one of the reasons why we’re here in the semifinals. It gives us a big man that can contend with all the other big men in the league,” Black said.

But now, with their backs against the wall, Almazan proved why the Bolts traded for him two years ago with a gutsy performance.

In fact, it was him who put the Hotshots away once and for all. Amidst the nerve-racking pressure, the 6-foot-8 center sank both of his charities with 7.4 seconds left. This, after making just one in a trip to the stripe prior.

Black couldn’t be any more pleased. Still, he hopes that the Letran product remains fine and ready to battle again for Friday’s Game Six.

“I hope he didn’t re-injure his injury today, and I hope he’s ready to play again on Friday for us,” he said.