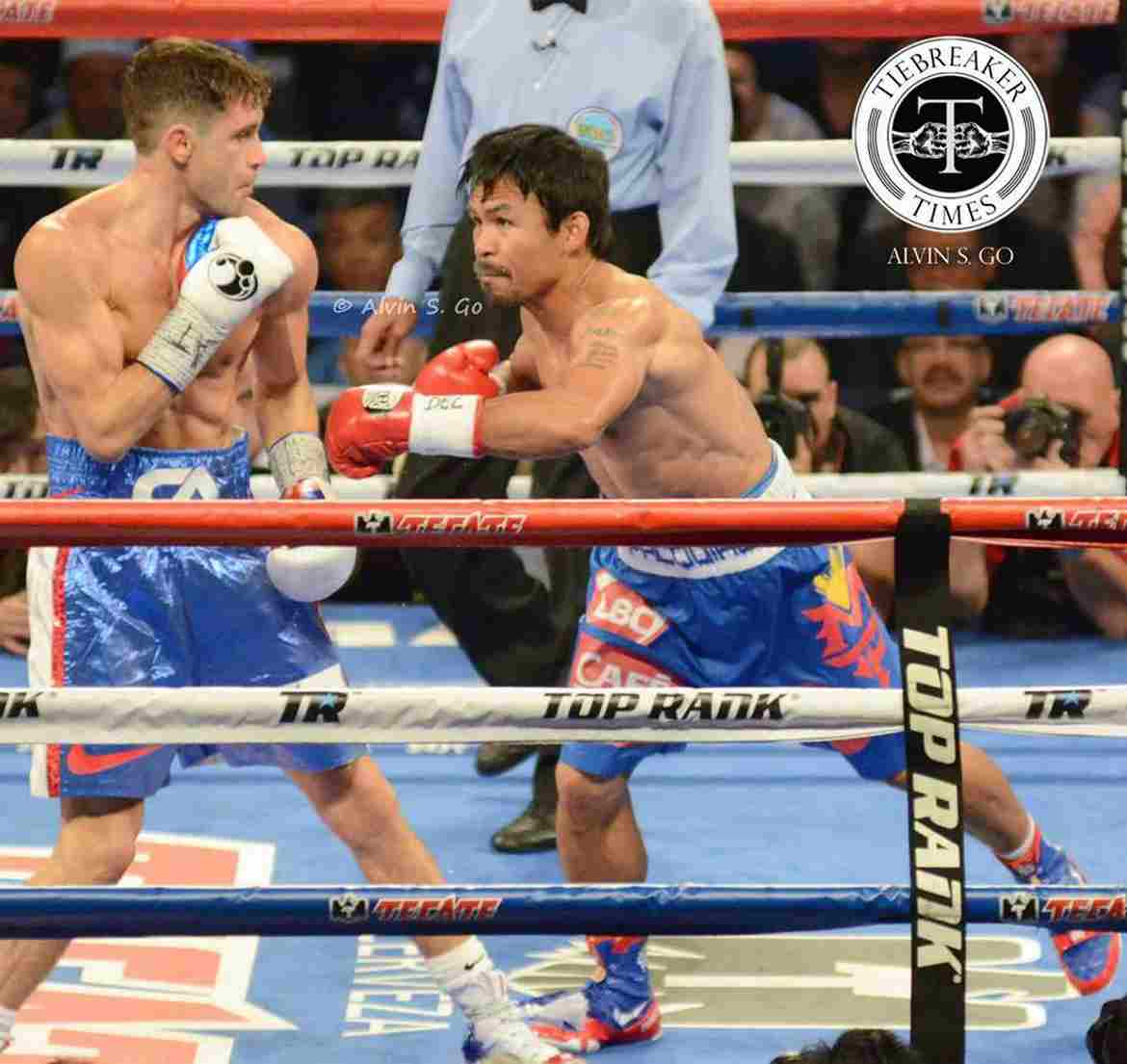 After all the farewells, the tributes, and the fanfare, Pacquiao’s retirement will have to wait.

“When he trains, it’s like a pressure-release valve. You can see a dramatic difference in his mood; he’s happy. It’s amazing what training and fighting does for him.”

However, Top Rank CEO Bob Arum consistently downplayed his fighter’s decision to retire. It proved to be true as Arum is set to arrive with Koncz to “finalize” the details of the fight.

“That’s the essence of the meeting,” Koncz furthered.

“Not choosing the opponent. That’s already been done.”

Pacquiao’s chosen opponent is reigning WBO World Welterweight Champion Jessie Vargas (27-1, 10 KOs). The venue and the fight purse for both fighters will still be discussed once Arum and Pacquiao meet in Manila.

“We’re going to try to put together a fight that is the best economic package for Manny,” Koncz closed.