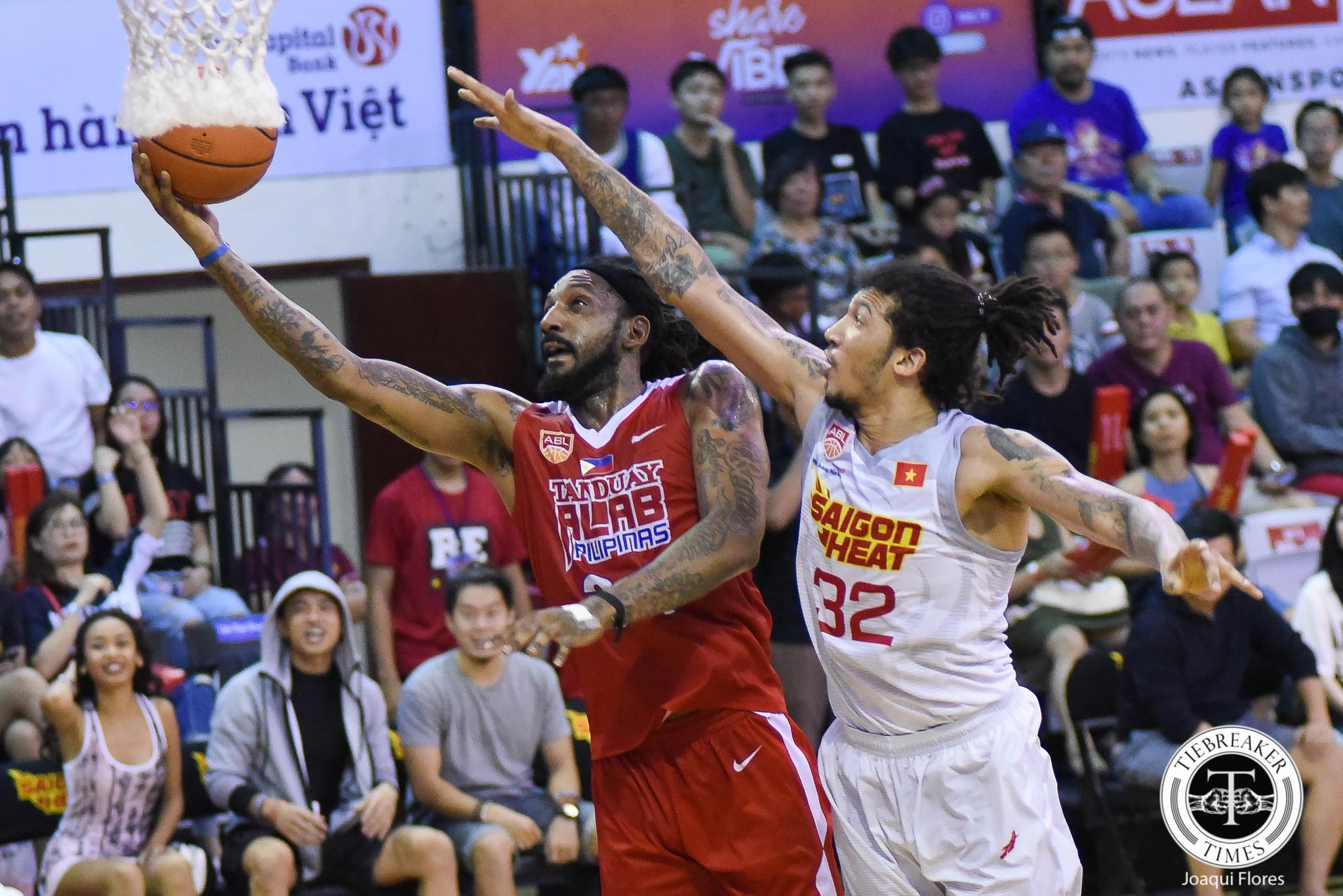 Coming off an escape win against the CLS Knights a week ago, Alab Pilipinas was able to weather a late Saigon Heat comeback, taking a 95-87 road win, Sunday evening at the CIS Arena in Saigon, Vietnam.

This was Alab’s third road win of the season and their third win in a row. With a 6-4 record, the Philippine-based club team sliced Mono Vampire’s lead to a solitary game for third seed.

Alab led by as much as 10 points during the third frame, 64-54. Bobby Ray Parks, Jr. sparked the rally with a jumper and was capped by Lawrence Domingo with 3:46 left in the quarter.

Parks, Alab’s skipper, had 10 points, while Domingo played his best game for the season so far with 14 points on 7-for-9 shooting.

Akeem Scott rallied the Heat back to start the final frame, scoring 11 of the first 13 fourth quarter points of Saigon to cut the lead to just two points. Even if Alab tried to break away, Scott continued to stay aggressive.

Josh Urbiztondo provided the spark needed by Alab that led to a 6-0 run to keep Saigon at bay, 90-83 with 1:23 left. Balkman and Brownlee took over late to complete the seal off.

Urbiztondo, who was averaging 12.44 points prior to the tilt, had 13 points.

Filipino-American Mikey Williams struggled for the third straight game, going just 3-for-16 from the field for nine points.

#ReadMore  Blacklist suffers shocker at hands of BloodThirstyKings in M3

The thin Saigon squad had three 20-point outings. Moses Morgan had 27 markers, while Scott finished with 26 points. Maxie Esho grabbed a double-double with 23 points and 12 rebounds, playing all 40 minutes of the game.

Alab returns home on Wednesday, January 31. The Philippine team will take on the Chong Son Kung Fu Basketball Club for the first time this season. The game will take place at Sta. Rosa, Laguna.