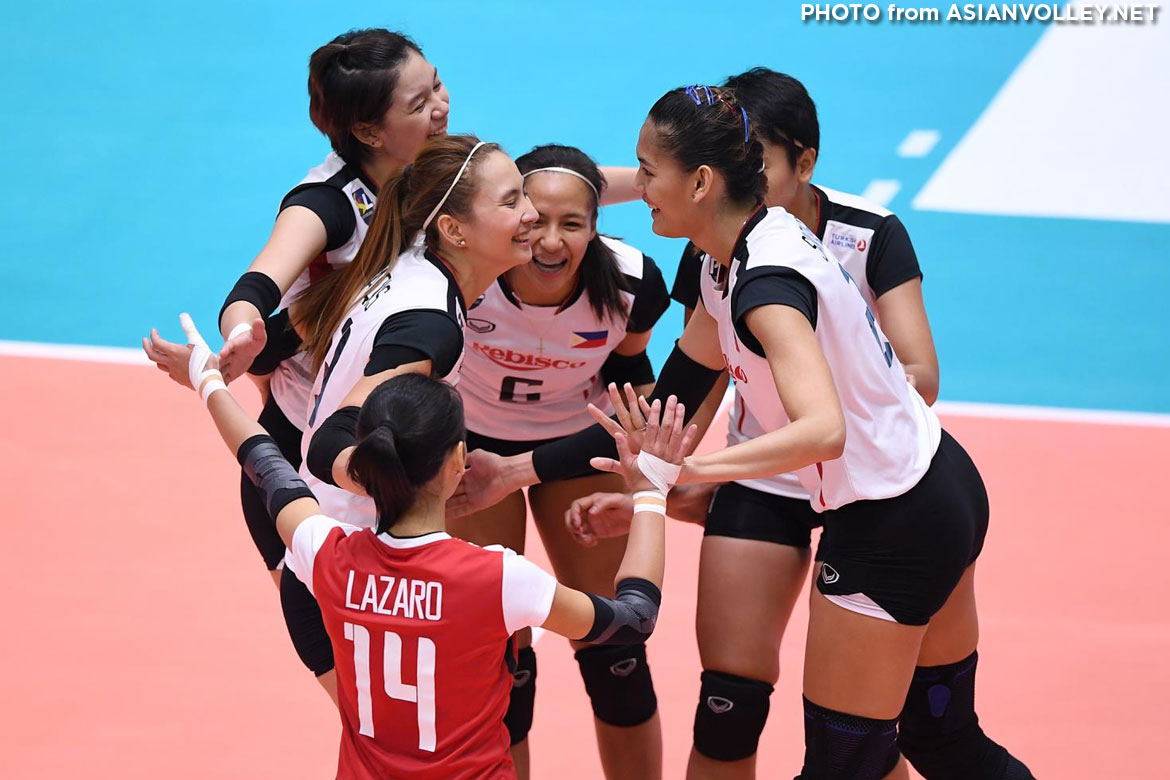 Rebisco-PSL Manila ended their 2017 AVC Asian Women’s Club Championship just how they started it, losing in straight sets to a much more coordinated club. There were more lows than highs when Rebisco dropped in straight sets to Vietnamese side Vietin Bank 13-25, 18-25, 15-25 and finished the tournament in last place in Kazakhstan.

The All-Filipino squad went on the same trend they followed for the last three matches; keeping it close with their foes to start each set before allowing a costly run to slip into the other side’s hands. Vietin Bank slowly broke away from an early 4-all deadlock to settle into a 20-10 lead that decided the first set.

Rebisco, in the second set, took a 10-5 lead thanks to a spurt of points from Aby Maraño and Jaja Santiago. Their offense, however, was nuzzled for a long stretch that saw Vietin retake a commanding 21-16 lead. Late substitutions could not rejuvenate the Rebisco offense as Vietin cruised to the 2-0 lead.

Trailing 9-16 in the third frame, Gonzaga led one final Rebisco rally that pushed them to within four, 12-16. But errors dragged Rebisco out of contention in the latter stage of the set and pushed Vietin Bank ahead for good, 20-14.

By local standards, Rebisco’s 15 error total is immaculate. But against the best in Asia, 15 is too much especially when Vietin Bank had just nine.