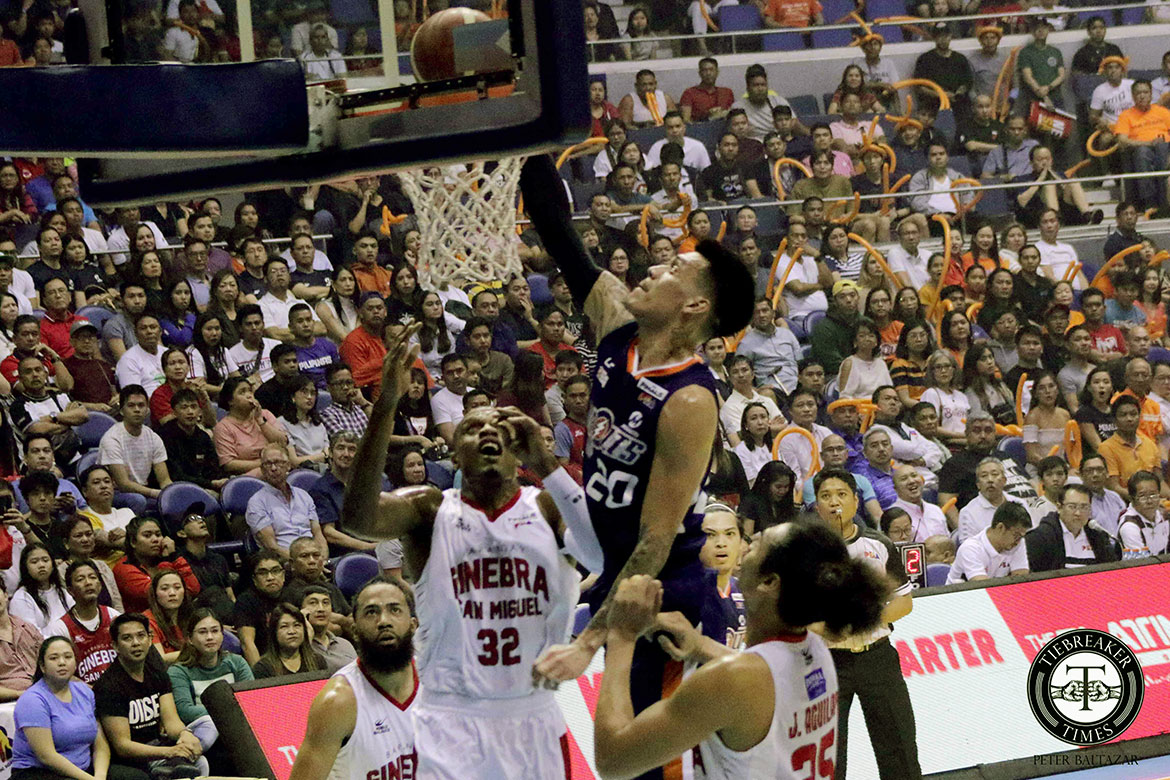 Tuesday evening marked the return of Raymond Almazan to the PBA Finals after three years. as Meralco and Barangay Ginebra began their duel for the 2019 Governors’ Cup crown.

And the 6-foot-8 big man showed how much he really loves being in the Big Dance with his performance.

Almazan showed aggressiveness early on, picking up 13 points in just the first half. He finished with 20 points on an impressive 69.2-percent shooting from the field alongside 13 rebounds.

Unfortunately for him, though, he saw his efforts negated. The Bolts ended up absorbing an 87-91 loss.

Almazan lamented that the breaks of the game didn’t favor Meralco. The Bolts actually led by 10 points twice in the third, before Ginebra roared back and took an 80-73 lead early in the fourth.

Import Allen Durham had a chance to tie the match up, but saw his lay-up blocked by Japeth Aguilar with 14 seconds left. Justin Brownlee then sank his free throws to ice the game.

“Breaks of the game eh,” said Almazan, who sparked a 12-4 blitz through a one-handed dunk that allowed Meralco to regain the upper hand, 85-84, with 2:38 remaining in the game.

#ReadMore  After winless World Cup, Robert Bolick glad to get back on winning track

Now, though, Almazan is simply moving on from the stinging loss. He’s also raring to bounce back in Game Two on Friday, January 10, 7:00 p.m. at the Quezon Convention Center in Lucena.

Almazan believes in the Bolts’ ability to rebound since they have done so in the semis versus TNT. The Orangemen lost to the KaTropa in Game One, 94-103, but went on to win the series, 3-2.