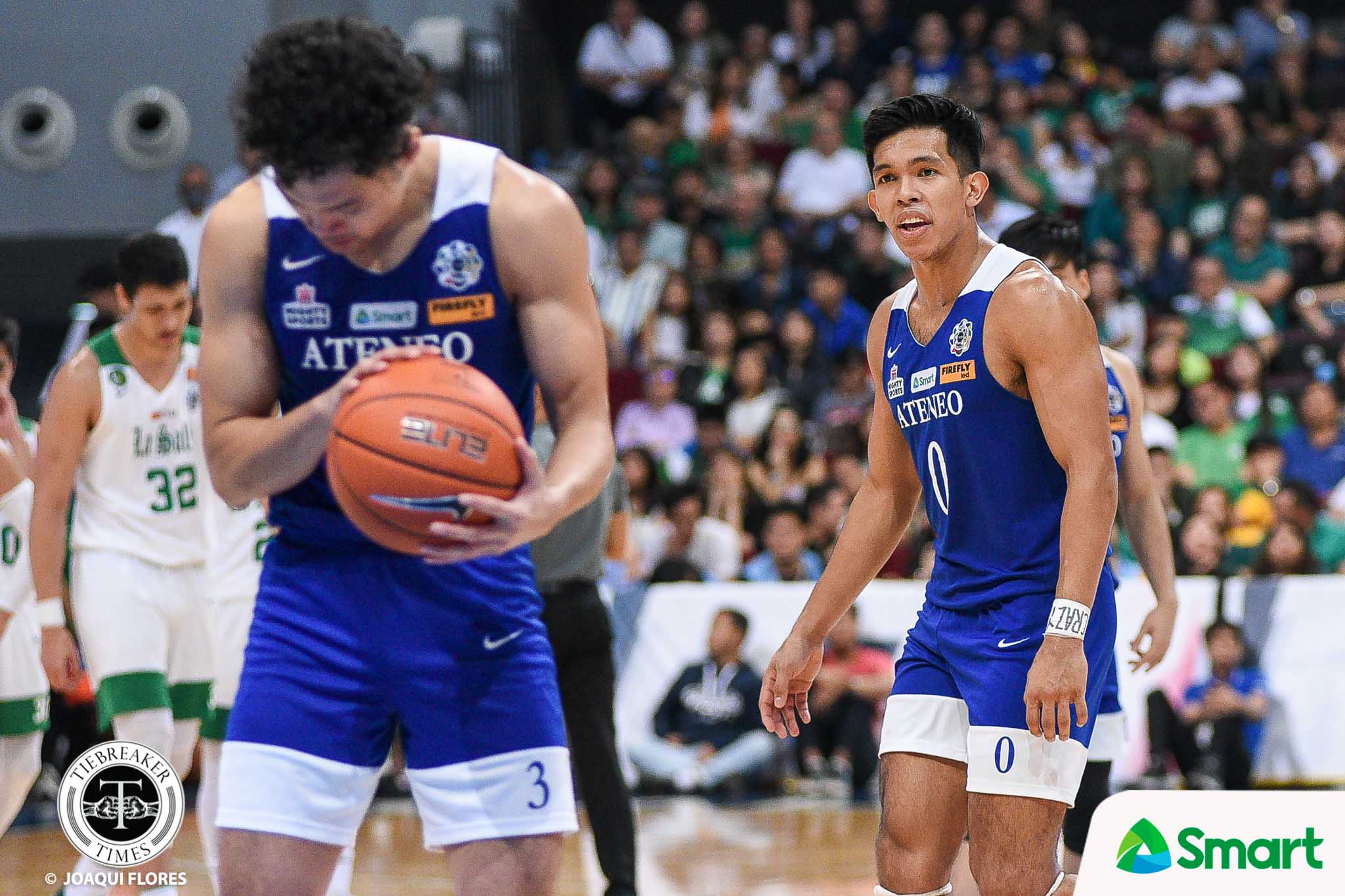 Ever since they were in high school, Thirdy Ravena and brothers Matt and Mike Nieto always looked forward to the game pitting age-old rivals Ateneo against La Salle.

But Sunday afternoon might have been the last time they square off against the Green Archers.

After 15 meetings with La Salle, Ravena and the Nieto twins ended their tally against their arch-rivals with a 9-6 slate. The Blue Eagles picked up a 77-69 win at the jampacked SM Mall of Asia Arena.

If the two teams will not square off in the post-season, this was their last Ateneo-La Salle game.

“All the preparation, all that imagination of hitting the last shot for the win when I was young, boils down on today. It’s all finished. We will never again experience the same hype, intensity, level of competition like La Salle. I will miss it super,” shared Matt Nieto, who had four assists, three rebounds, three points, two steals, and a block in 23 minutes of game time.

“Nakakalungkot ‘yung thought na after all these years, it will come to an end,” added Thirdy Ravena, who tallied 13 points and seven rebounds.

Speaking on behalf of his brother Matt, Ateneo skipper Mike shared that growing up, they watched their dad Jet’s games against La Salle over and over again. 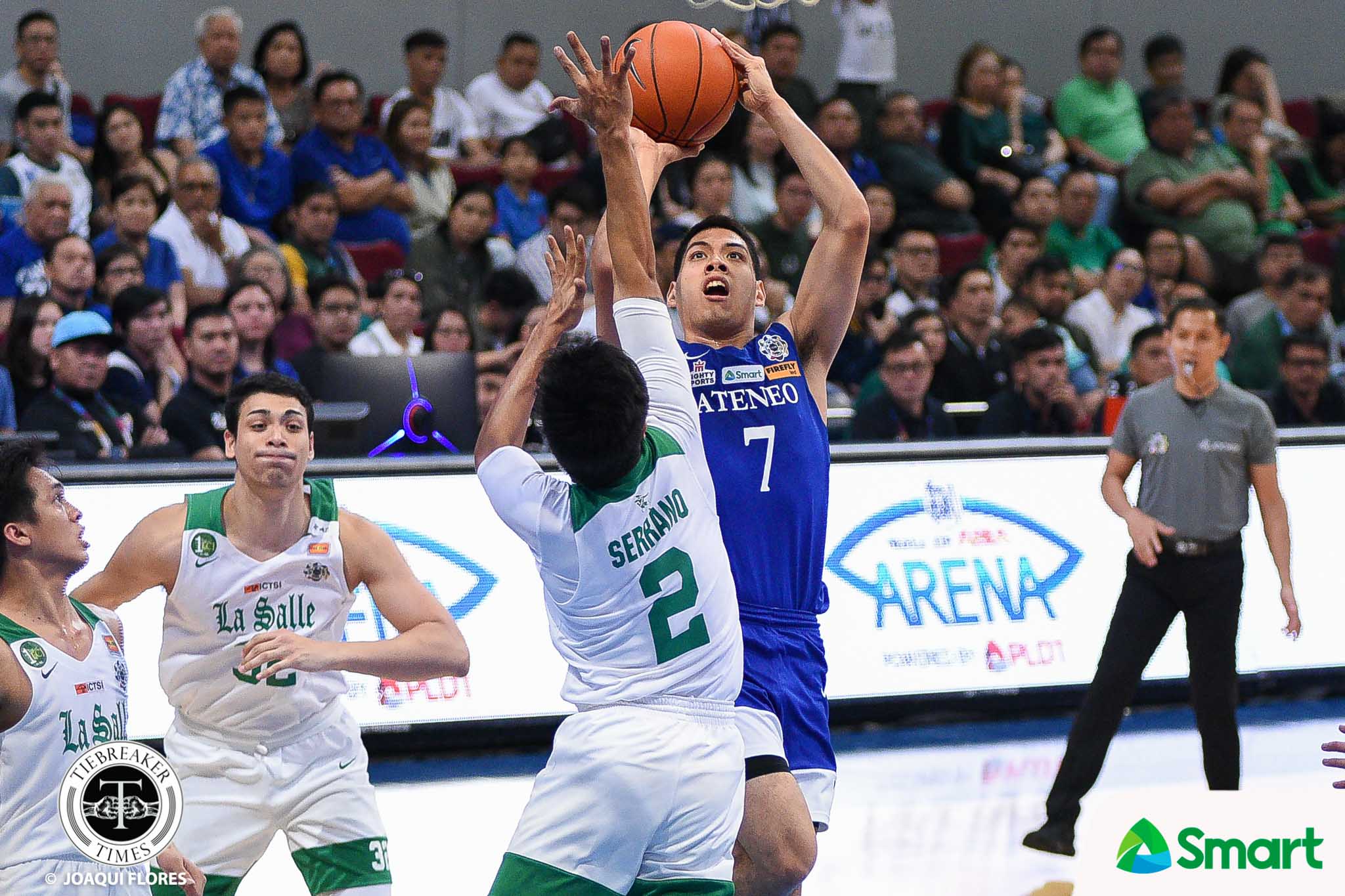 For his part, Ravena shared that he controlled his emotions all game long. The two-time UAAP Finals MVP knows that the true goal of the season is to be the one hoisting the championship.

“The fact of the matter is we’re still in-season. We still have to focus on the other teams that we’re gonna play because the next game is the most important game — that’s our mentality,” Ravena opined.

“Yung mga ganung emotions, we can celebrate those after. We just have to make sure to do our jobs.”

“La Salle has the capability to extend its own season. Every team has its chances, and with Aljun, Andrei, and Justine Baltazar leading the way, it’s probable naman na aabot sila together with the other teams,” Mike shared.

But if Matt had his way, he wants this game to be the last time he faces La Salle. 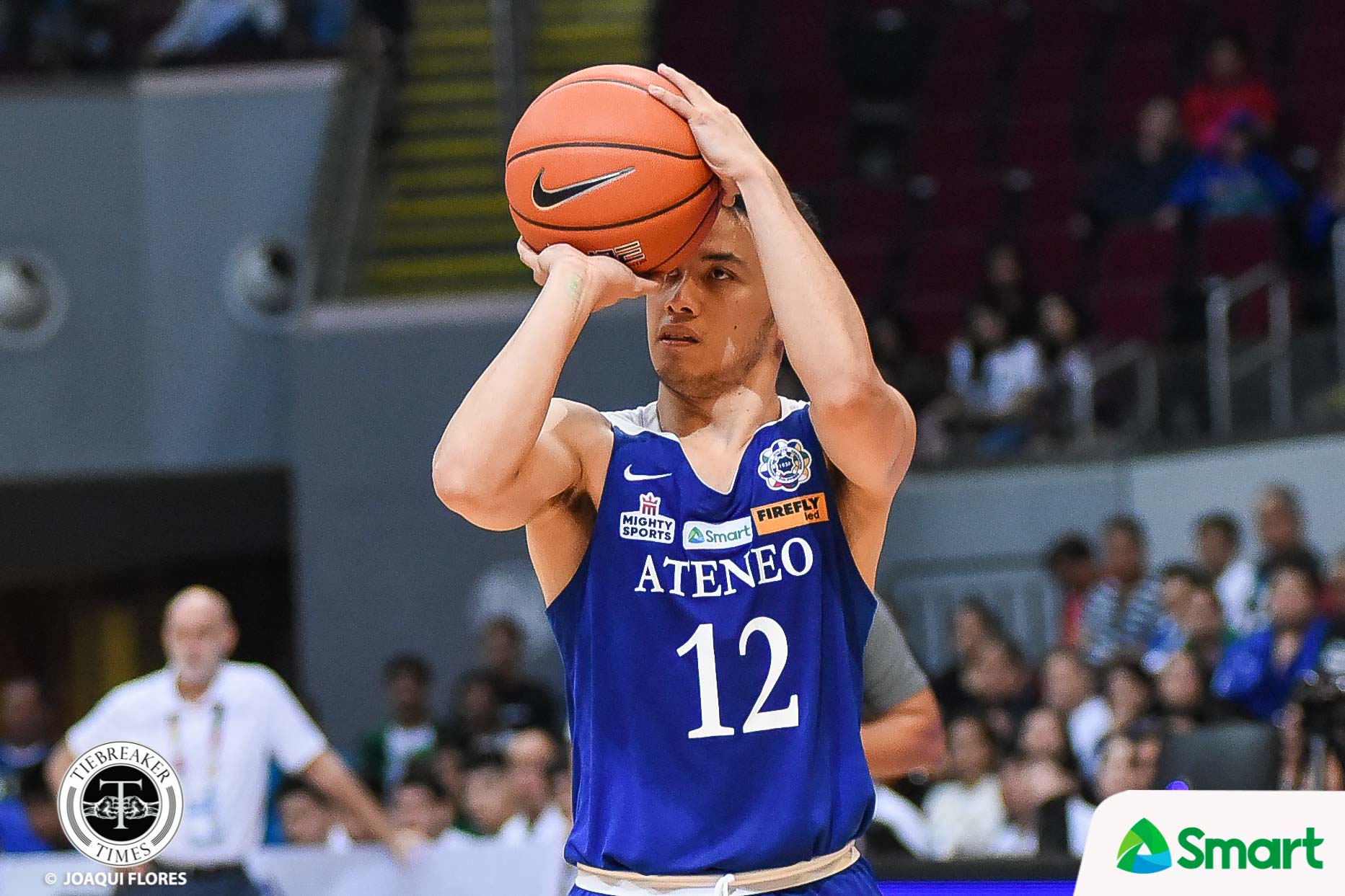 “This game, sabi namin matalo na tayo sa lahat ‘wag lang sa La Salle. Kaya sobrang saya if ever this will be my last Ateneo versus La Salle game. I can say that I won it in my last year,” he said.

BanKo punches ticket to semis, turns back PacificTown-Army in Bacolod

Jermaine Byrd hopes to get another shot at Ateneo