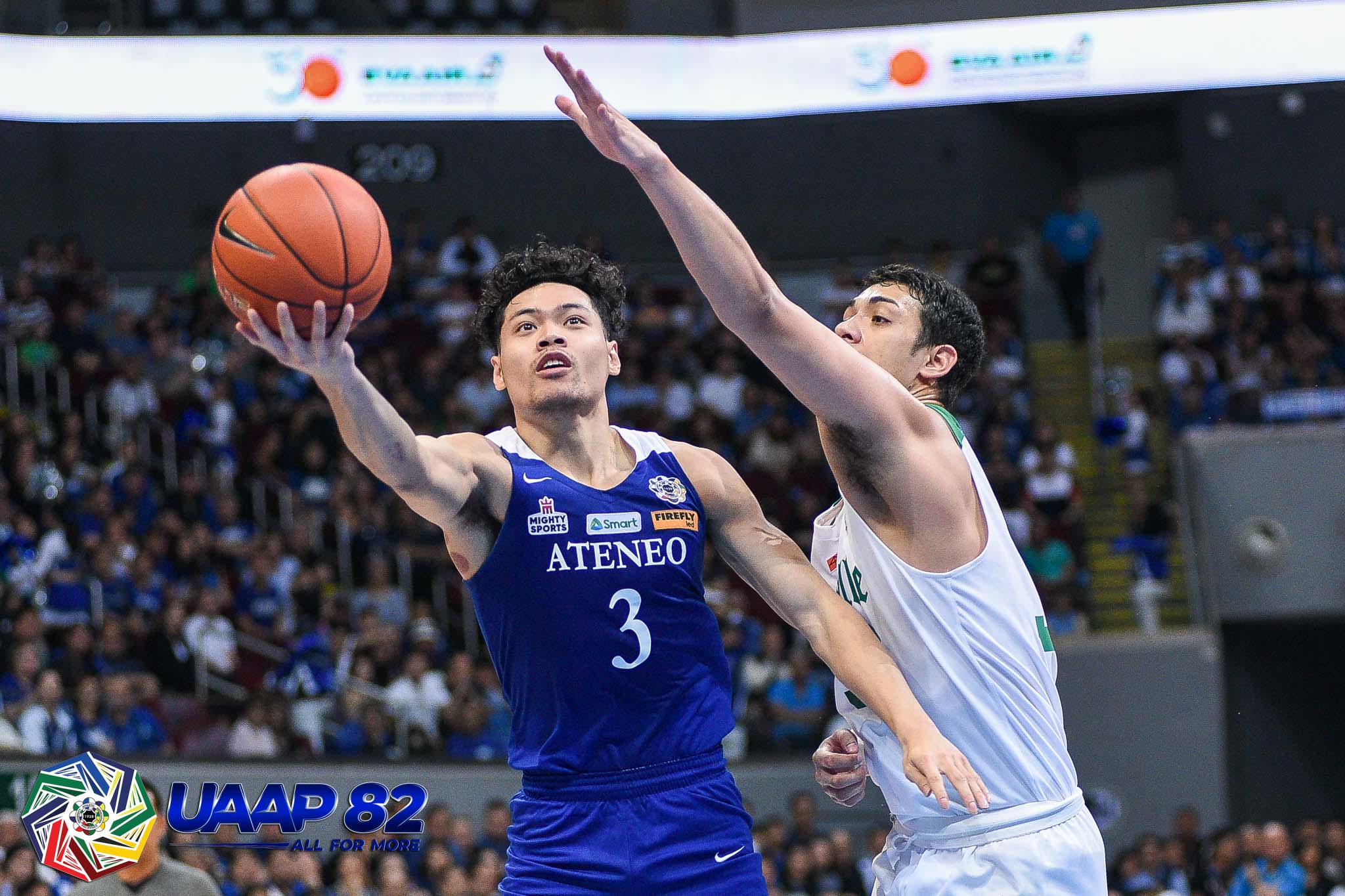 Ateneo de Manila University was the first team to book its ticket to the UAAP Season 82 Men’s Basketball Tournament Final Four with its 77-69 victory over De La Salle University Green Archers, Sunday at the SM Mall of Asia Arena.

Adrian Wong caught fire with 18 points on a 4-of-7 clip from downtown as the Blue Eagles rose to 10-0 for the season.

He couldn’t have timed his explosion better. Ateneo swept its rival in the eliminations, while also extending its winning run to 20 straight games dating back to last season.

“If Adrian doesn’t come out hot, we would have been in trouble,” said coach Tab Baldwin.

Thirdy Ravena chimed in 13 points and seven boards, while Ange Kouame registered a double-double of 10 points, 14 boards, and three blocks. Will Navarro got nine points and three rebounds for the Blue Eagles.

The Green Archers still got within six, 61-55, after a Justine Baltazar bucket with 7:13 left. Ravena and Gian Mamuyac conspired to pull away, though, scoring seven unanswered points to restore the 13-point advantage, 68-55, with 3:50 remaining.

Jamie Malonzo attempted to spark one last rally for La Salle, but Wong kept his cool on the stripe. He buried three of his four charities in the final 23.5 seconds to ice the game for good.

Baltazar was limited to just 12 points and nine rebounds in the defeat after posting a 25-25 statline the last time out against NU. On the other hand, Encho Serrano scattered 15 points, eight rebounds, and two steals to lead La Salle.

The Green Archers fall to a 4-5 record, for a tie with FEU for fourth place.

Both teams next play on Wednesday, October 16, at the SM Mall of Asia Arena. La Salle goes first at 10:30 A.M. against UE Red Warriors, while Ateneo faces FEU Tamaraws at 12:30 P.M.