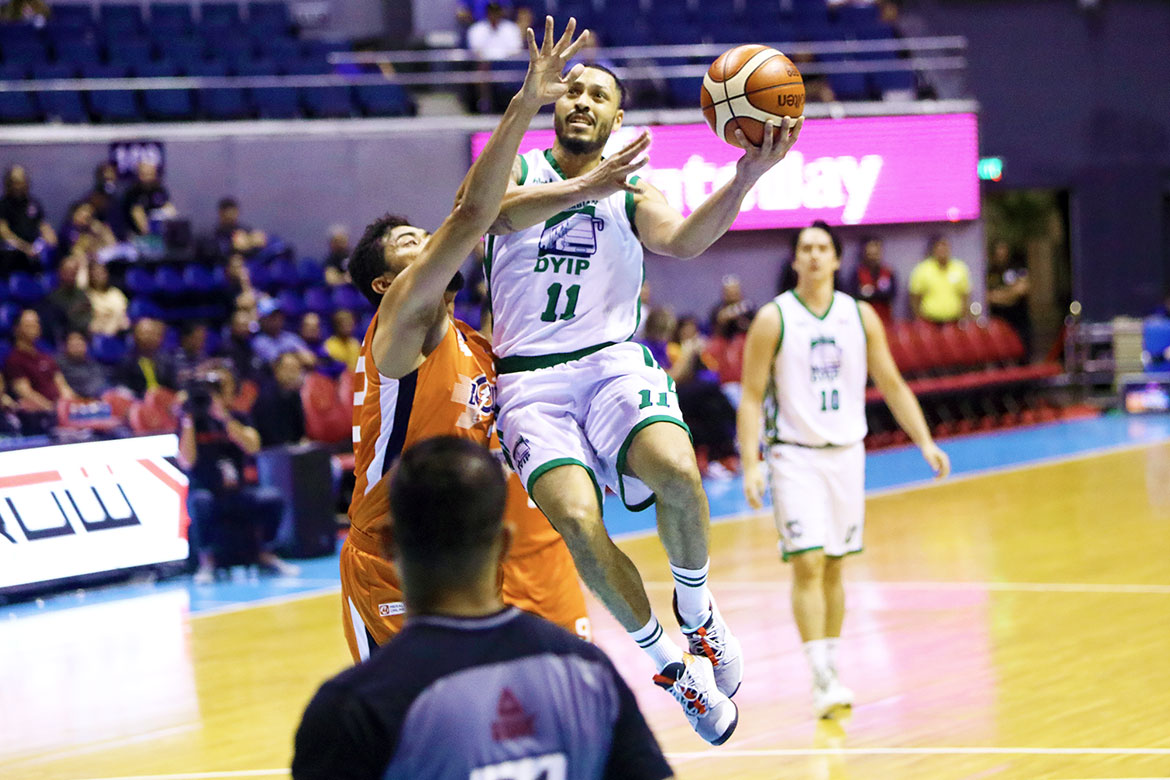 After three straight lopsided losses, the Columbian Dyip were finally able to let loose in the 2019 PBA Philippine Cup, escaping the clutches of the Meralco Bolts, 86-85, in the league’s resumption Wednesday at the SMART Araneta Coliseum.

The Dyip blew a six-point lead with 2:30 left to play, as Chris Newsome strapped the Bolts on his back and scored five straight. But they breathed a huge sigh of relief when Baser Amer missed his trey with two ticks left.

“The long break gave us time to prepare and forget what happened in the past,” said head coach Johnedel Cardel.

Rashawn McCarthy steered the Dyip with a career-high 30 points – 10 in each of the last three quarters – on 50 percent shooting from the field. He also collected eight rebounds and three assists in nearly 41 minutes.

“My teammates gave me confidence,” said the athletic combo guard.

Newsome filled the stat sheet with 17 points, five rebounds, two assists, two steals, and a block to lead the Orangemen, who actually started the game strong. They even led by 15 points, 26-11, early in the second quarter.

Columbian will next face the struggling Blackwater Elite this Friday, March 1 at the SM Mall of Asia Arena. Meanwhile, Meralco look to regain their groove versus the Magnolia Hotshots this Saturday, March 2, in Cagayan de Oro City.