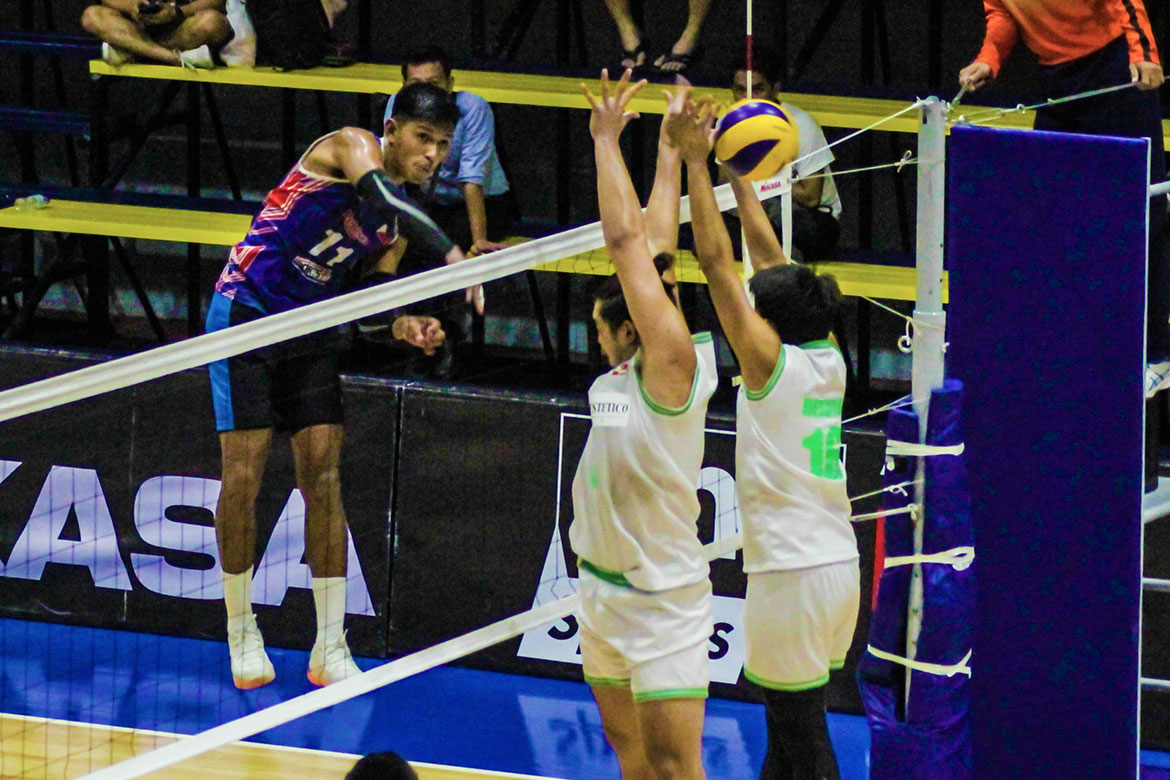 Playing without top guns Marck Espejo and Bryan Bagunas, Rebisco-Philippines still proved to be too much for the IEM Phoenix Volley Masters, picking-up a four-set victory, 25-27, 25-22,25-22, 26-24, in the 2019 Spikers’ Turf Reinforced Conference at the Paco Arena, Tuesday.

With Espejo out for a one-week trip in Japan, Ranran Abdilla took the cudgels by scoring 17 points for Rebisco, who rose to 5-1 in the standings. Kim Malabunga and Rex Intal contributed 14 and 12 markers, respectively.

With a slim one-point lead in the third set, 23-21, Rebisco’s twin towers Intal and Malabunga scored on two consecutive blocks to give RP team a 2-1 advantage.

Tied at 24-all, Joven Camaganakan committed a service error, followed by a block from Josh Umandal gave the fourth set to the Nationals.

Rebisco imposed their height on IEM, racking up 17 blocks compared to five.

On the other hand, IEM, who dropped to a 1-5 record, was paced by Camaganakan with 20 points. 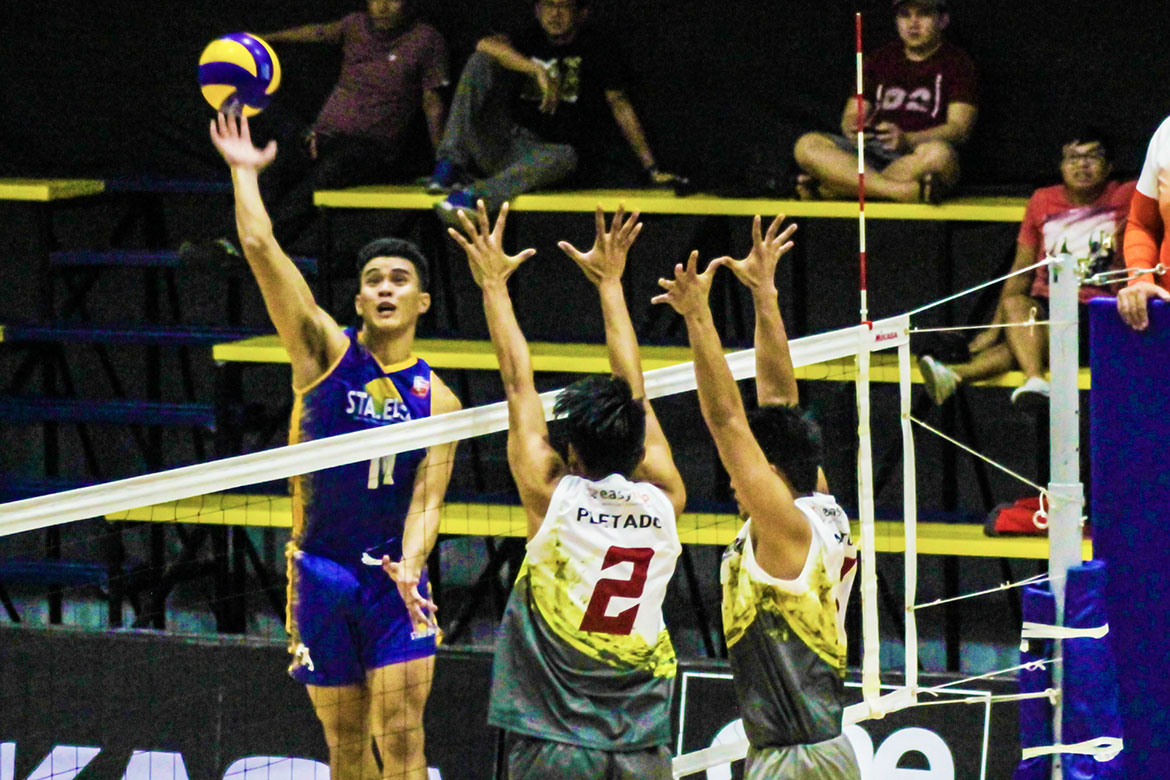 Coming off a sorry loss last Sunday against Philippine Navy, the Sta. Elena Ball Hammers were able to pick up their third win of the conference against Easytrip-Raimol in a four-set win, 28-26, 25-21, 21-25, 25-21, earlier in the afternoon.

After taking the opening stanza, Edward Camposano and Krisvan Ponti did not let their guards down and scored two consecutive points to grab the second set.

READ  Getting in better shape primary focus of Charles Garcia

UAAP Season 81 Rookie of the Year Nico Almendras then converted two attacks to seal the deal and lift Sta. Elena to an even 3-3 slate.

Easytrip – who remain winless in seven tries – was led by Mardy Galang with 19 points. 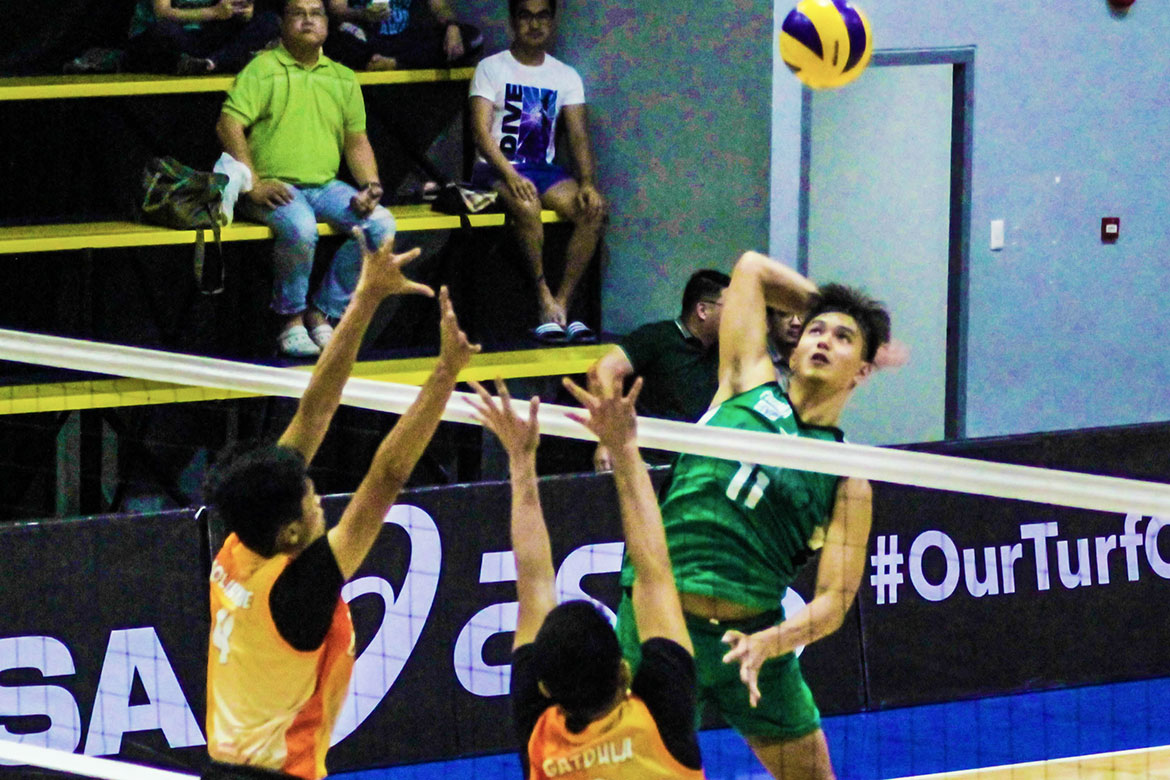 Vince Abrot led Animo with 19 points, while Roniey Adviento and Cris Dumago had 16 and 15, respectively.