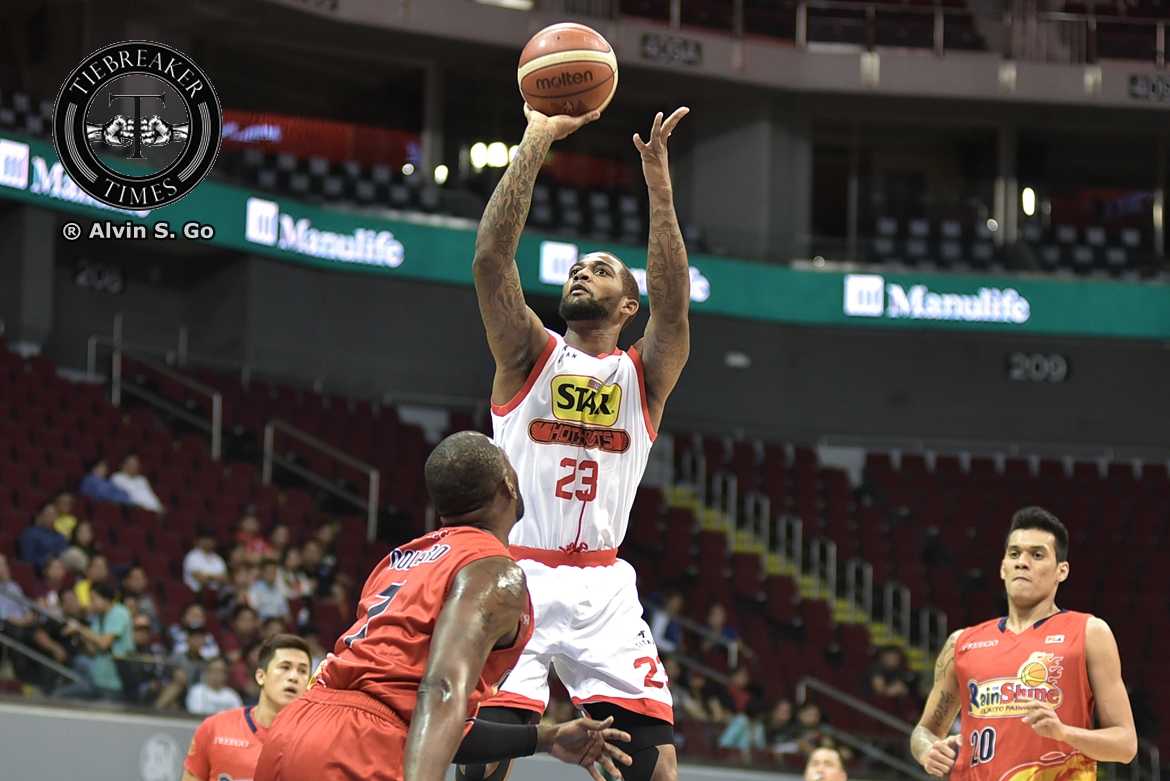 Joel Wright will return to the PBA as he will reinforce the Rain or Shine Elasto Painters in the 2019 PBA Governors’ Cup.

The American-Jamaican cager last played in Asia’s pioneering pro league in 2016 with Star (now Magnolia), where he came in as a replacement for then-resident import Marqus Blakely.

The Hotshots failed to advance to the playoffs that conference but Wright was a solid provider, with norms of 28.4 points, 14.5 rebounds, 2.7 assists, 1.8 steals, and 1.4 blocks in seven games.

The NBA G-League veteran is coming off a stint with BBC Monthey in the Swiss Basketball League.

Coach Caloy Garcia said that the team looked for an import that does it all like their 2019 Commissioner’s Cup reinforcement Carl Montgomery, and they ended up with Wright.

“Well, we saw him play last 2016. He likes to run the floor, plays defense. I think that’s the type of import that we need because inaano namin yung pinakita ni C-Mo. It’s almost similar,” Garcia said.

“So, we just hope he carries the same energy like before,” furthered the veteran bench strategist.

The 29-year-old forward from Brooklyn, New York is expected to arrive early next week, said Garcia.

Nisperos continues to shine as Ateneo breezes past San Sebastian